The original Xiaomi Mi MIX was the first phone in the world with a full-screen design that went into production and gave rise to a new trend. But Apple launched the iPhone X with the ‘bangs’ screen and the most of smartphone makers switched to it. At this moment, the notch on the upper side of the display is a mainstream. But fortunately, there are still companies not adopting this design and offering alternatives. Smartisan is among them. On April 9, the manufacturer launched its next eye-catching smartphone dubbed as the Smartisan Nut 3. It’s a crazy phone with tons of selling points. But the net has been buzzing about two things: why the company launched the Nut 3 and not the Nut 2 (or Nut 3 Pro)?; why it uses a design identical to the Mi MIX 2/2S and not the iPhone X? It turns out there is a reason why the company did it. 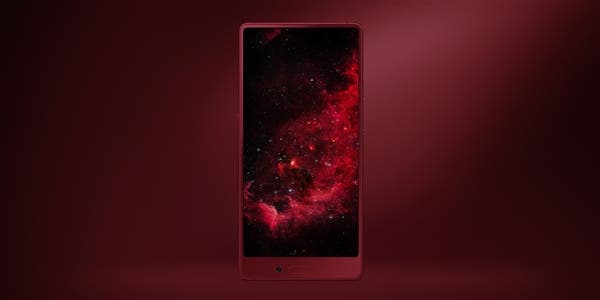 As you know, the Smartisan Nut 3 uses a tri-bezel-less design that simply means the forehead and borders on the left and the right are canceled, while the chin is trill there. However, unlike the Mi MIX 2s, it carries a home button, which also hides a fingerprint scanner. Therefore, it is a bit longer than the Mi MIX 2S. The latter’s height is 150.9 mm, while the Nut 3 comes at 154mm.

In this regard, Hammer Technology CEO Luo Yonghao said that the main reason why their model is longer is related to the fact that front panels with a shorter chin are expensive. The Nut 3 is a thousand-yuan machine. So they had had to use a cheaper front panel. In addition, the home button comes with a narrowed shape and doesn’t affect the thickness of the chin.

Previously, Wu Dezhou, vice president of product line & hardware research and development of Hammer Technologies, accepted an interview and was asked about the Nut 3’s design, pricing, etc. He explained the company had been hesitating about the location of the fingerprint button and they decided to put it on the front because it is easier to use. Moreover, they are using the industry’s narrowest front fingerprint button, which costs way higher than the one on the rear. So it turns out there are at least two reasons why cheaper smartphones come with a front-mounted fingerprint scanner and a chin.

Next Xiaomi's New Poster Comes With Letter 'S': What Does It Mean?