The Nokia X6 is currently only available in China. It is sold on JD, Suning and TMall in the country and it seems to be doing really well in terms of sales. The handset went on sale for the fourth time and went out of stock across all three retailers for the fourth consecutive time. Nokia Mobile’s China Weibo handle also said in a post that the handset was the second-best seller on JD.com.

Many users failed to lay their hands on the Nokia X6 due to high demand and limited stocks in past sales but this time Nokia was better prepared. The handset still has 1.8 million pre-reservations on JD and Suning. 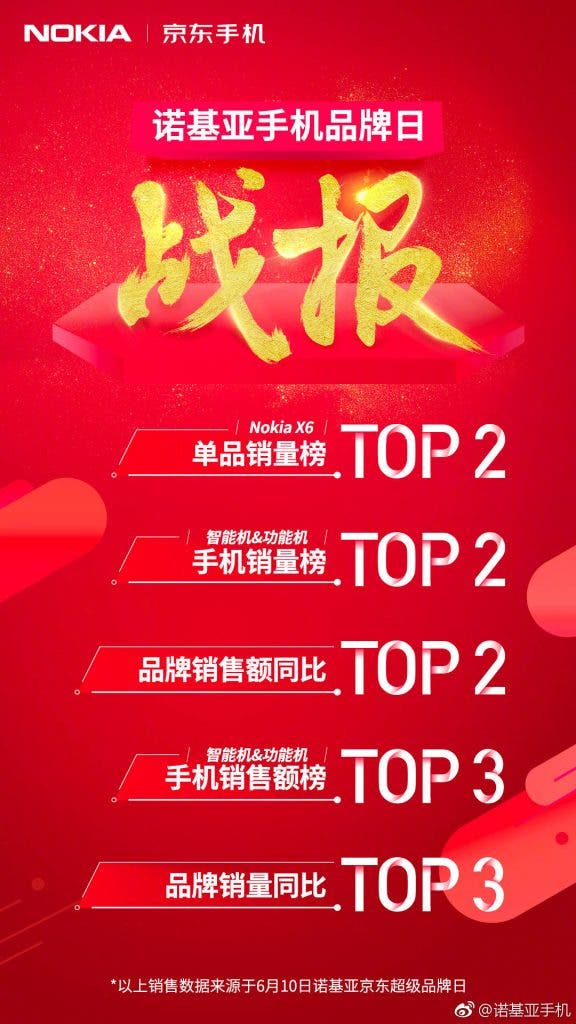 The Nokia X6 is definitely high value for money as it features the Snapdragon 636 chipset for which price is CNY1,299 ($204) for the 4GB variant. This has led to overwhelming for Nokia’s first notch-toting handset.

This could also be the reason for the delay of the global launch. The handset went official on May 16, and since, HDM GLobal spokesman, Juho Sarvikas, conducted a survey, it seems that Nokia is pondering a global release seriously. For now, we wait for the official announcement. For more specs related info, check out launch article of the handset here.

Meanwhile, another Nokia handset with a notch has appeared online today. It is being touted as the Nokia 5.1 Plus. It should be launched globally but it isn’t the Nokia X6. Take a look at it here.