Honor team actively works and doesn’t yield Huawei at all. Both brands are launching great models one after another. And the word ‘great’ doesn’t refer to the performance only. There are many models made not only for the top-end market but for mid-range and low-end niches as well. The Honor’s Play X series is the best proof of that. But the last model from this line was out almost a year ago. It was the Honor Play 7X. So it’s the right time to wait for news from the manufacturer. Actually, the new phone has passed through TENAA, and we know it will be called the Honor 8X. Thus the company has removed the ‘Play.’ Today, its box leaked on a spy photo, making us believe it will hit the market very soon. 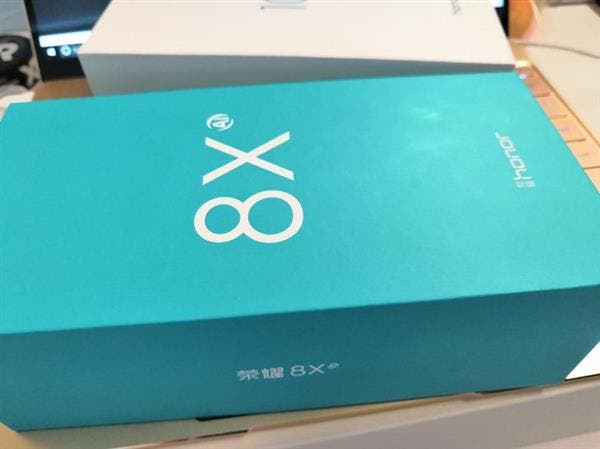 Though we have been guessing the Honor 8X will come with upgraded hardware, there are insiders claiming the company has done a great job and the upcoming model will differ from its predecessor a lot. Particularly, the Honor 8X is said to come with the new Kirin processor. Taking into consideration its category and the fact only the Kirin 710 is currently available from the new series chips, most likely this processor will appear on the 8X.

It’s not bad. The Kirin 710 has been launched quite recently and it is positioned in the mid-to-high-end market. We have said this chip has been designed to compete with Qualcomm Snapdragon 710, which can be found on the Xiaomi Mi 8 SE and VIVO NEX A. Not accidentally, this chip is considered to be a pseudo-flagship SoC. But as for the Kirin 710, it’s known the performance it provides is 150% better than that on its predecessor.

In terms of release time, the Honor 8X may come in mid-to-late October like the case with the Play 7X. And though we don’t know how much it will cost, there is every reason to think the Honor 8X won’t be

Next Meizu 16 Series Phones To Go On Sale Tomorrow