A couple of days ago, we reported VIVO will launch the V11 Pro on September 6 in India. But this is not the only smartphone to come our way from VIVO in the nearest future. Previously, we have seen the VIVO X23 spotted in various photos. Today, the next-gen annual flagship of the manufacturer has been noticed during a Chinese TV show, namely Happy Camp.

In the screenshot, you can see that a 6-inch full-screen smartphone is used to take a group photo of the guests in the series. Moreover, the printing on the bottom right of the screenshot directly points out that this is the VIVO X23. There is also a phrase of ‘AI. Ultra wide-angle photography.’

We can also see, the phone uses a specially made design called ‘beautiful tip.’ It increases the screen ratio way more in comparison to the much-popular notch-screen. The same has been seen in the photos of the alleged V11 Pro. So there is every reason to think this will become a new trend in the smartphone market. At least, it will be so for the new VIVO flagship line. 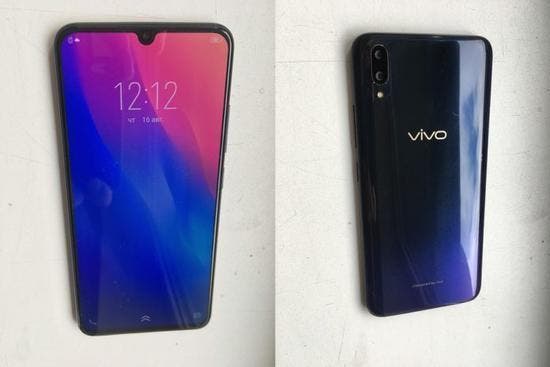 According to the previous leaks, the VIVO X23 will be packed with a Snapdragon 670 or 710 chip, 10GB (6GB+4GB) RAM, a battery supporting 22.5W fast charging technology, and so on. Honestly, the VIVO X23 has been leaked in various spy photos. And we know it’s real and will be launched soon. There has been rumored a release date of August 20. So if all those assumptions are true, we’ll see the next generation VIVO flagship tomorrow. But we doubt it will happen tomorrow because the manufacturer hasn’t sent out any invitation letters. Agree it’s odd not to invite media for a new annual flagship presentation.

Previous Xiaomi Mi 8 or... Poco F1? If you live in India, which one will you choose?

Next Nokia posts photos shot from their "most awaited phone"