Honor has previously confirmed that the new smartphone dubbed as the Honor 8X will be released soon. As the launch date of this new phone is getting closer, it’s logical to see new leaks and hear more rumors. Today is no exception. 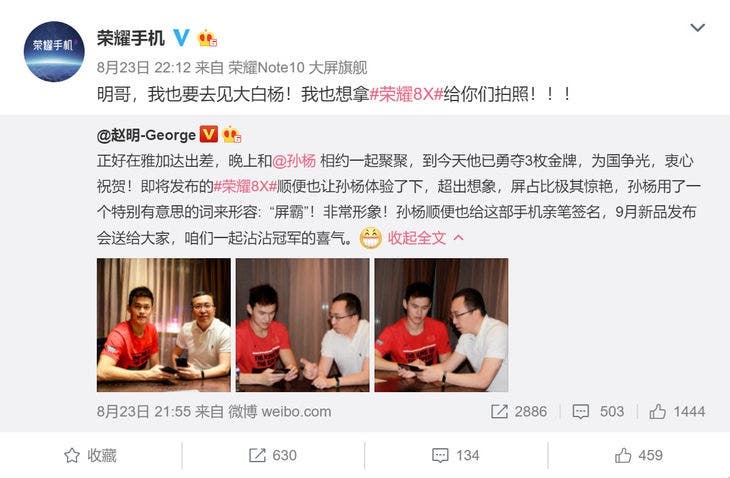 Last night, Zhao Ming, the president of Honor was on a business trip to Jakarta. He took a photo with his spokesperson Sun Yang and shared on Weibo. In addition to congratulating Sun Yang on winning three Asian Games gold medals, Zhao Ming also gave a chance to experience the upcoming Honor 8X in advance.

Sun Yang used the word ‘screen tyrant’ to describe the handset after experiencing. Moreover, the unreleased Honor 8X also appeared in a group photo. Unfortunately, we can’t make any assumptions based on these photos – they don’t reveal any design element.

However, prior to this, the front panel of the Honor 8X was exposed on the Internet. If the alleged phone is our protagonist, the Honor 8X will use the OLED display with COF package, and the screen ratio will be further improved. It is in line with Sun Yang’s description of ‘Screen tyrant.’

Moreover, there is a band on the wrist of Honor president Zhao Ming. So seems the rumors as Honor has been preparing a smartband are true. If so, there is every reason to expect for the Honor band released along with the Honor 8X. 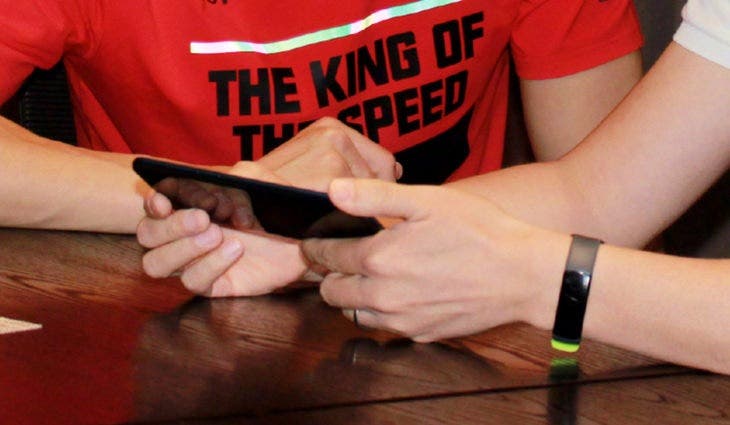 According to Zhao Ming’s Weibo account, the release of the Honor 8X series will be held in September. In addition to the regular variant of the Honor 8X, another model supposed to be called the Honor 8X Max is on the way.s