Today, VIVO officially confirmed that the new VIVO X23 annual flagship will be released on September 6. Thus, there are still three days before the launch conference. Moreover, a new poster has been published, revealing the look of the back of the phone. 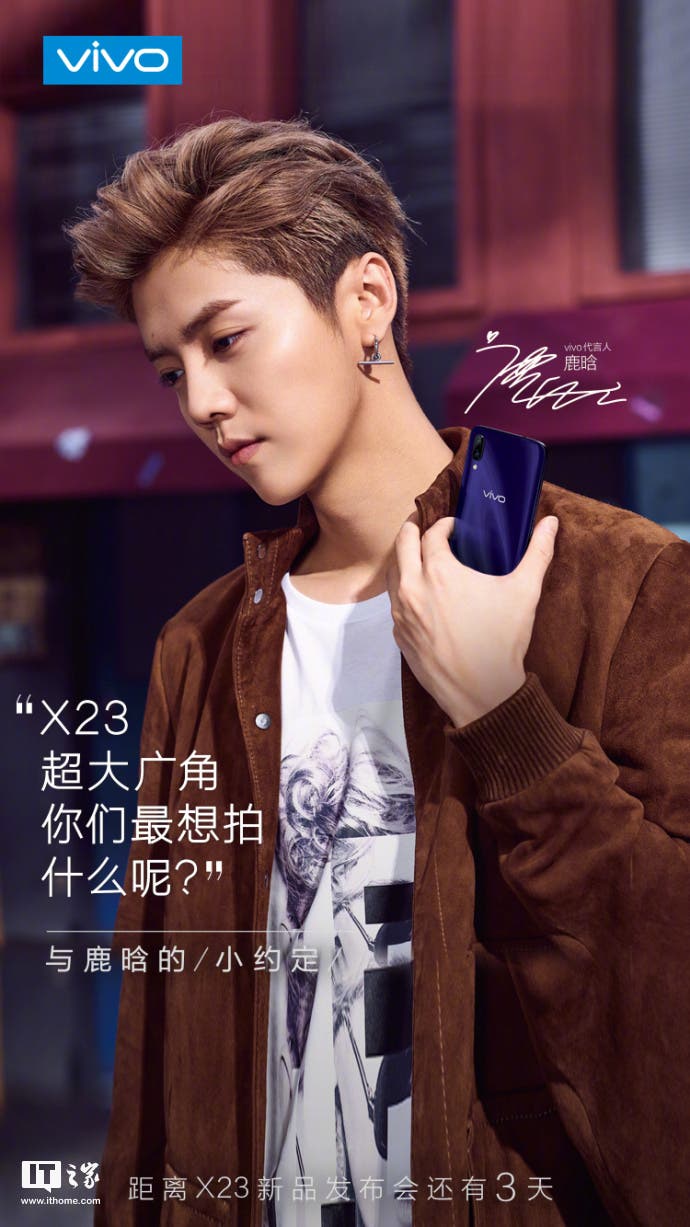 But from the previous leaks, we have learned the VIVO X23 will be packed with a 6.4-inch full-screen with a beauty tip design style. Thus the notch part only carries the front camera sensor. The screen occupation reaches 91.2%. This is not the highest screen ratio, but it’s among the highest ones. The screen will sport a resolution of 2340×1080 and a screen aspect ratio of 19.5:9.

The VIVO X23 should come with a familiar design – a streamlined bezel all around, iPhone-esque dual rear cameras with AI, a 3D glass Aurora back panel, which allows vivid colors from every direction reflected from the outer coating.

Apart from this, the VIVO X23 will come with a super wide-angle technology, which can reach a field of view of 125°. So the camera will be able to provide a professional-like shooting experience. The previous leaks also revealed this handset will be equipped with a Super HDR technology, which was initially announced at the APEX concept phone conference back in March this year. The super-reflective light on the live display can retain more highlights and shadows in the picture.

In terms of hardware, the upcoming VIVO X23 is said to sport an 8GB of RAM, a 128GB of native storage, a Snapdragon 670/710 processor, a rear 3x telephoto lens, an independent audio DAC chip, and a new on-screen fingerprint system. The latter should be the fourth generation fingerprint identification chip, which will further improve the unlocking and recognition speed.

Fueling this package of specs, the smartphone carries a 3,400mAh battery with Android 8.1 Oreo and Vivo’s FunTouch OS 4.5 atop.