If that HD render of the alleged Nokia 7.1 plus that we saw earlier today, as well as the rumors of the flagship Nokia 9, aren’t enough to convince you that HMD might be dropping some new smartphones pretty soon, then this latest scoop should really be enough evidence.

Joining the growing list of big boys with one or two smartphones to unwrap later in October, HMD Global has reportedly scheduled a launch event for October 4th in Europe, where it is tipped to announce one or two new Nokia smartphones. The company is already issuing invites to local media in the region, and while the event is tipped to hold in London, another is expected to hold simultaneously in Milan, Italy. 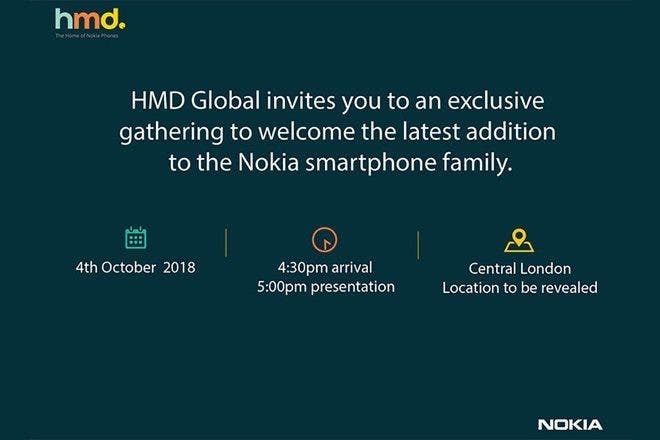 While the invite is silence on what product we are to expect, it is worth noting that  Samsung, Razer, LG, Google, Huawei, OnePlus, and event Microsoft have some interesting products to reveal to the World in the same Month of October, so HMD Global cannot afford to waste the October 4th event on just any device that cannot stand the likes of the upcoming LG V40 Thinq, Razer phone 2, Pixel 3and more.

Next Latest discounts and coupons from the Geekmaxi e-shop