In the past two years, Huawei has been riding in the field of smartphone photography. The Huawei P20 Pro released last year relied on Leica-powered triple-camera to defeat many powerful rivals, such as Apple and Samsung and refreshed the DxOMark smartphone camera score list with a total score of 109 points. In its turn, DxOMark also praised the P20 Pro, saying that it has been one or two times ahead of its rivals. The latest generation of Mate series flagship, the Huawei Mate 20 Pro is more refined in terms of camera features, but DxOMark has not included its results in the list yet.

Yu Chengdong explained it in this way. As the Huawei P20 Pro had taken the first place, and the Mate 20 series took the shooting capabilities of smartphones way further, if the latter was included in the list, almost all the smartphones in the top would be occupied by Huawei. This would be looking annoying and disappointing for the users of other brand smartphones. 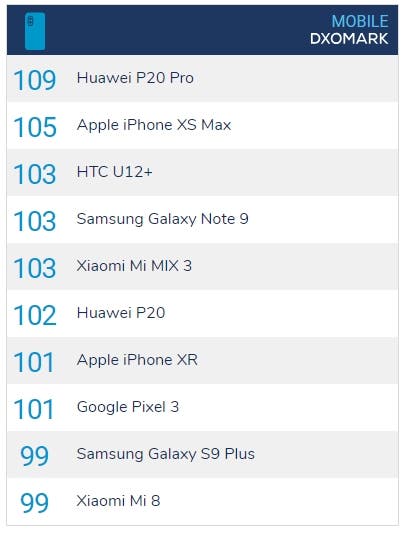 However, the Huawei Mate 20 series has been released for a few months. At present, the DxOMark list is still lead by the Huawei P20 Pro, which is a bit unreasonable. A few days ago, MeilleurMobile asked DxOMark on Twitter: ‘Do you have any plans to test the Huawei Mate 20 Pro? We can’t wait to know its camera performance! Thank you!’

Subsequently, DxOMark responded politely: ‘Hello, our team is currently testing the latest smartphones, including the Huawei Mate 20 Pro. The new article is about to be released, thank you in advance for your patience, and best wishes for 2019!” 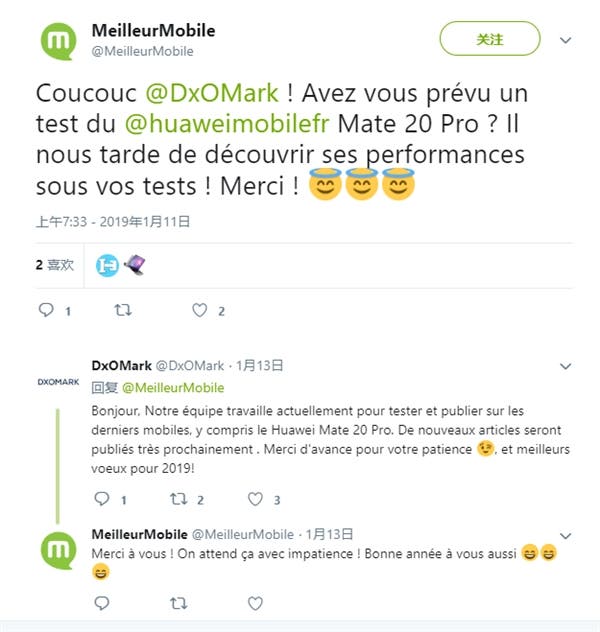 Undoubtedly, the DxOMark smartphone camera list will be soon rewritten, and as you guess, the leader will become the Huawei Mate 20 Pro.