China’s most awaited phone the Xiaomi Mi 9 was announced earlier today. It was teased endlessly and nothing was left a secret. or so we thought! The Mi 9 DXOMARK Score was announced today at it did surprise a lot of us! Lets get into it.

To begin with the Mi9 scores a 107 overall on the DXOMARK scale. Puting it in the third spot just below the Huawei Mate 20 Pro and P20 Pro. It also recieved a Video score of 99, the highest ever awarded by DXOMARK.

To Recap the Mi 9 has 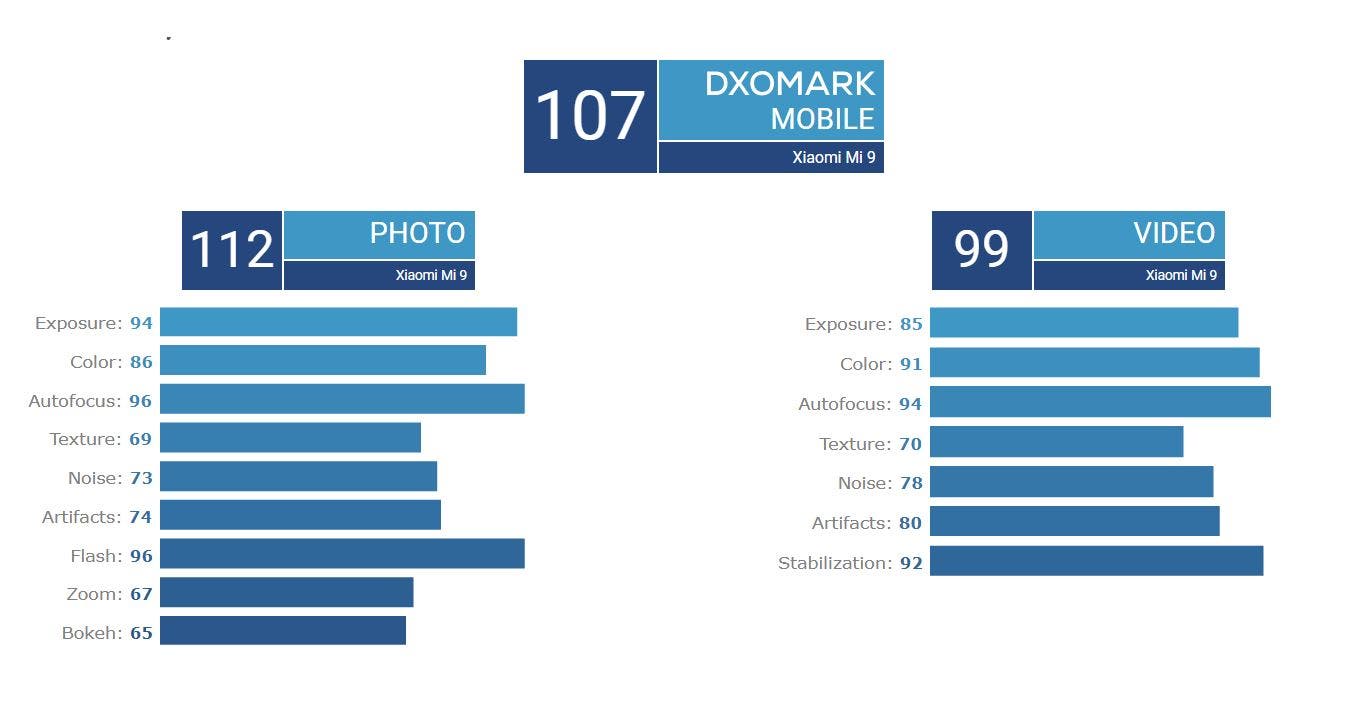 They quote ” Achieving an overall DxOMark Mobile score of 107 points, the Mi 9 is the best Xiaomi device we have tested so far, securing itself a spot very close to the top in our smartphone camera ranking. Its Photo score of 112 points is excellent, thanks to the camera’s ability to capture high-quality still images in almost all situations. ”

“Target exposure is consistently spot-on, and the camera captures pleasant color with accurate white balance, and without any color shading or other color issues. Noise levels are very well under control in bright light and under typical indoor conditions, and creep up only in low-light situations; and the autofocus system works swiftly and accurately in almost all circumstances.”

“When light levels get very low, the Mi 9’s LED flash is an excellent option. The Xiaomi’s flash performance is the best we have seen on a smartphone to date, with good exposure and color in both flash-only and mixed-light situations.”

“While the Mi 9 is very good for still images, it really shines in video mode, achieving 99 points—the best Video score we have seen so far. The Xiaomi is the first camera we have tested that records 4K footage by default, which to a degree explains the excellent detail rendering in bright light and when recording indoors. At the same time, it keeps noise levels low in those conditions. Impressively, the image stabilization system is capable of keeping things smooth and steady, even with the Mi 9’s high-resolution output. The system works efficiently both when holding the cameras still and when walking while recording.”

The Mi 9 is an absolute star performer. At least the most affordable flagship with such high praises. Starting at just 450$ , we may have what is a new benchmark for an “affordable yet amazing” smartphone.