As early as before the release of Xiaomi Mi 9, Wang Teng, the product director of Xiaomi Company, once said on Weibo: ‘Within two months, except Xiaomi (including Black Shark), there will be no domestic manufacturer selling a Snapdragon 855-powered smartphone.’ Later he was asked whether this is going to be a monopoly, to which he answered it’s ‘the empty window’ rather than a monopoly. Last night, the VIVO sub-brand iQOO launched its first phone, which is equipped with the Snapdragon 855 flagship platform as well as a built-in 4000mAh capacity battery, directly competing with the Xiaomi Mi 9. 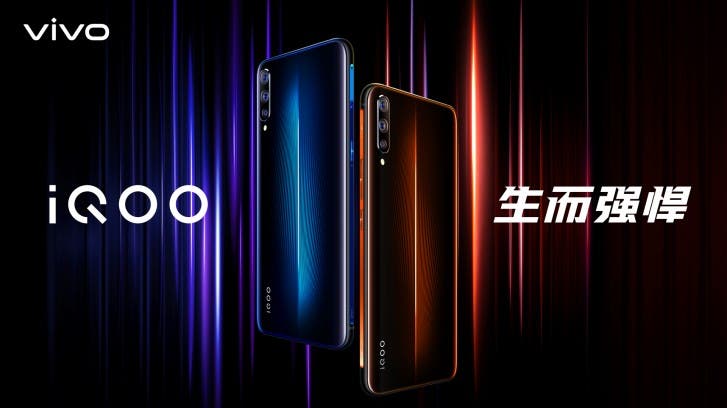 The iQOO smartphone is a top-notch device not only sporting the latest Snapdragon 855 chip but also supporting 44W super-fast charging, which can fill the power to 50% in 15 minutes, to 85% in 30 minutes, and fully charge it in 45 minutes.

Plus, the iQOO phone is equipped with Multi-Turbo, including AI Turbo technology, Center Turbo, Net Turbo, Cooling Turbo, and Game Turbo. AI Turbo has increased the startup speed of popular apps by 30%, and Center Turbo has improved the frame rate by 73%. Game Turbo has opened a key performance experience interface between smartphones and game engine. As for Net Turbo, once the Wi-Fi signal is not good, it automatically switches to the 4G network for the player.

In terms of photography, the iQOO smartphone is equipped with a rear 12MP dual-core pixel main camera, a 13MP wide-angle lens, and a 2MP virtual camera. Based on the leading AI algorithm, iQOO is also equipped with powerful camera functions such as super-backlighting, super night scene, and AI beauty.

Next Yunmi Internet Washing and Drying Machine Released at 3,299 yuan ($492)