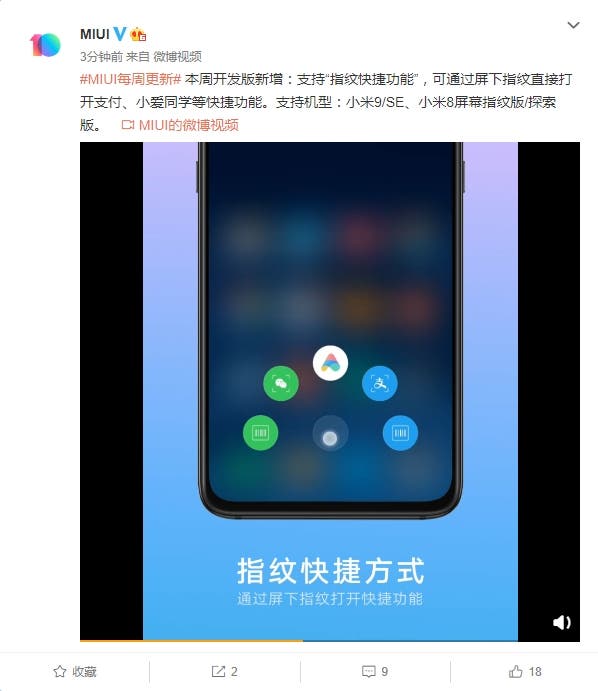 As this function works only for models supporting the screen fingerprint identification technology, not all latest Xiaomi models will get the update. That is the Xiaomi Mi 8 SE and the Xiaomi Mi 8 won’t support it.

The MIUI development version 9.3.7 update is as follows:

The Xiaomi Mi 8 Pro and Xiaomi Mi 8 Explorer Edition support pressure sensitive screen fingerprint recognition, among which the latter is the world’s first smartphone to support this feature. This handset has a built-in high-sensitivity pressure sensor that enhances the unlocking recognition rate while giving finger vibration feedback for enhanced unlocking experience.