At the just concluded MWC19, Samsung unveiled the first batch of the 2019 new Galaxy A series – the Galaxy A30, and A50 pair. The two mid-rangers have since been joined by the Galaxy A10 when Samsung unveiled the A50, A30 as well as the new Galaxy M30 in India earlier this month, and now it looks like Samsung will be adding more devices to the mix in the following days.

As per the rumor mill, Samsung has a couple of the Galaxy A series phone that will be dropping first either in Europe or India and out of the bunch of device one or two could be heading to the States if recent revelation isn’t anything to bank on. Precisely, Galaxy A90, A40, A20e, and even the A70 could be dropping any moment from now, and while Samsung hasn’t confirmed any launch date, the latest information gleaned from Samsungs’ USA official website confirms the Galaxy A90 will be offered for sale in the US at some point over the next few months/days/weeks. 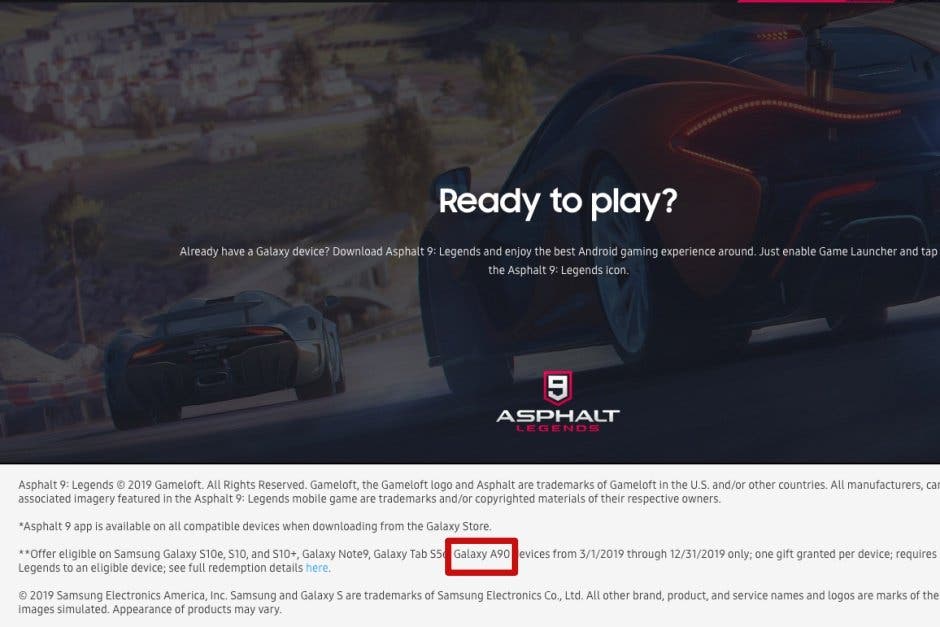 As you can notice from the image below, we are not just banking on mere speculations, the Galaxy A90 has been officially listed among the listed of gaming-focused devices including the Galaxy S10, S10+, S10e, and Note 9, and the unreleased but recently unveiled Galaxy Tab S5e. There is no concrete info on the chipset that will be used on this device, but listing the device among the list of what it calls ‘Ultimate Gaming Devices’, is an indication that the A90 will arrive with some power-packed hardware.

There appears to be some kind of mix up about the A90 design at the moment.  Some reports claim the device will launch with a sliding and rotating camera system, while a more recent render suggest it could be launching with a pop-up selfie camera similar to the VIVO NEX as well as a separate triple camera set up at the back.

Next Get the 25% discount for Microsoft software products