The upcoming OPPO Reno smartphone is arguably the most talked about device in the leak and rumor world at the moment. It’s expected to be officially announced on April 10 somewhere in China, and the phone has already been leaked multiple time. The device, for the most part, has been an open secret, with the company’s VP at the forefront of major leaks.

Of the bunch of leaks that surfaced in the past week, the most interesting is a leaked image and video of the purported Reno phone, which shows off a very interesting slider design to keep the notch out of the display, which perhaps is supposed to be one of the devices selling points. Well, it appears the company never authorized that leak, as the latest scoop from China suggests it is now taking legal actions against the original source of the leak. 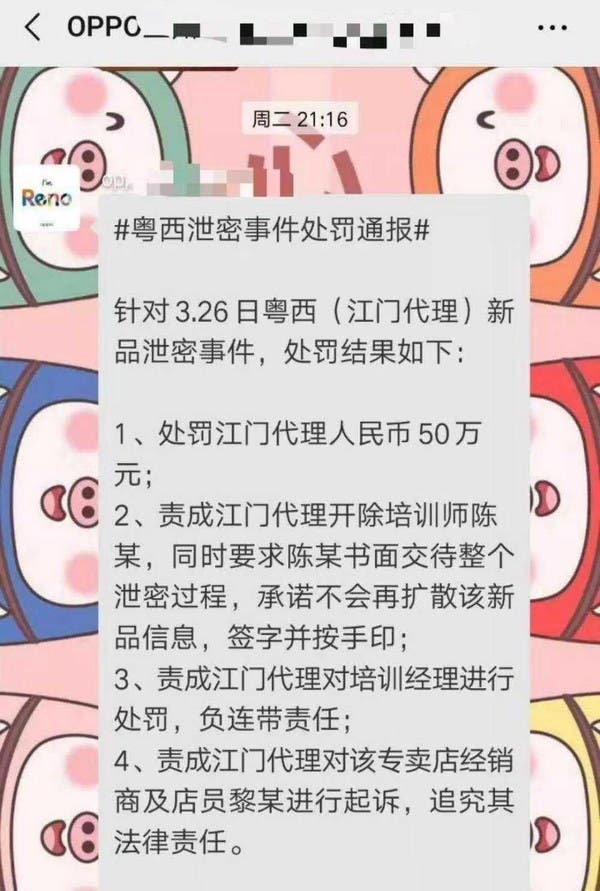 An internal memo purportedly released by the company earlier today details the various punishment to be melted to those involved in the leak. The company is considering legal action against the dealers and clerk of the store involved in the leak, while its employee from where the leak first emanated will pay a fine of CNY 500,000 (~$74,368).

There isn’t much left to be revealed about the upcoming Reno, however, nothing is official until April 10 when it is expected to be officially unveiled, although the device is already available for pre-order on Jd.com. You can get the leaked video and images here.