Huawei P30 Pro has its main strength in the photographic sector, and it was confirmed in the hours following the presentation of the smartphone, which immediately won the special DxOMark ranking.

If the rear camera of the new Huawei smartphone deserves the first place in the DxOMark ranking, the front camera is not the best, and in fact, with its 89 points it must be satisfied with the fourth position (to be precise it has totaled 90 points for photos and 88 points for videos).

Probably for the next flagships, Huawei will have to focus mainly on the front camera if it wants to offer the best cameraphone. 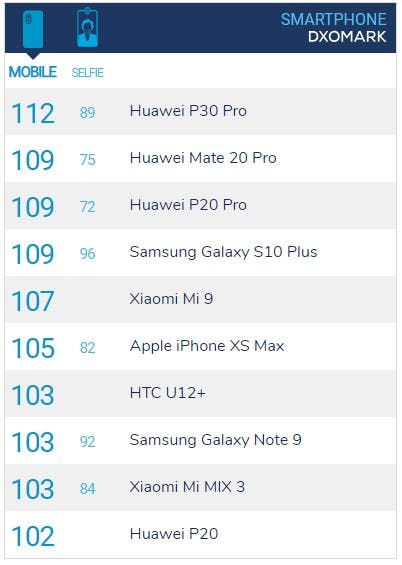 It is worth to mention that Huawei’s consumer business, through its CEO Yu Chengdong, has stated that it had not disclosed the score obtained by its new high-end smartphone P30 in the classic DxOMark test because it is very similar to that attributed to its big brother P30 Pro.

The declaration arrived on the sidelines of the event during which Huawei, after the official presentation held in Paris on March 26th, finally launched its new flagship devices on its native land.