Last year Oppo launched its Realme budget sub-brand in India, taking inspiration from Xiaomi’s Redmi in both name and business model. The brand since it became independent has been very active in the Indian market launching smartphones that not only aims to tackle Xiaomi dominance but devices that are genuinely packed with some unique offerings while undercutting the dominant players in terms of pricing. Its been a successful year for the new brand, though its operation has been limited to Indian and a few other countries.

Indications emerged just a few hours ago that the brand might be coming to China, and now the company has confirmed that is is officially coming to its original home market. Although there is at the moment no official words announcing its debut in the market neither has it made actual phone announcement, the brand is now offering smartphones and other goodies for everyone who subscribes for more info China website  until 3rd of May  when perhaps it will make some announcement regarding its presence in the number smartphone market. 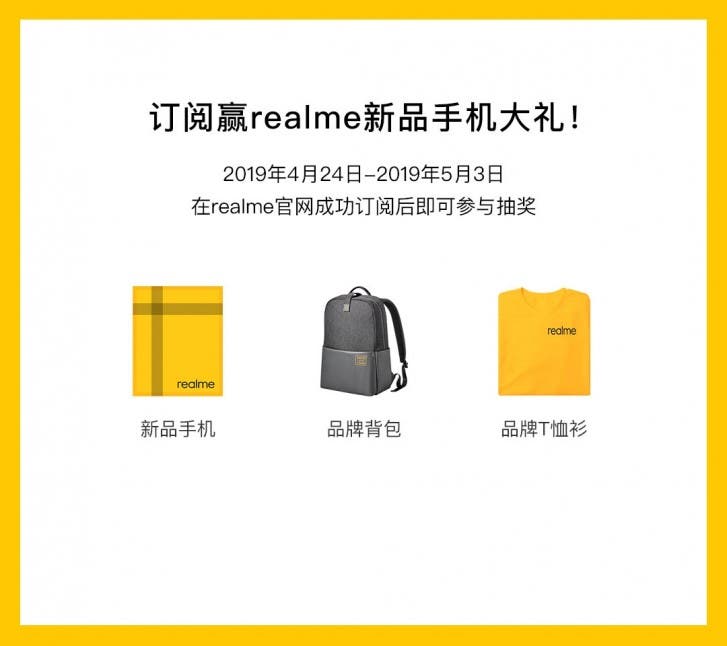 Speaking of its product launch in China, the brand’s two latest smartphones – the Realme 3 Pro and Realme C2 are the first two devices that could be launching in the country soon. Both devices were officially unveiled in India some hours ago as a compelling contender to the crown of the best budget smartphone in India. You can check out the full specs and pricing of both devices here.

Next The Top 10 Front Camera Designs Available on Current Smartphones

Realme 5 will go on sale every Tuesday starting tomorrow