Obviously, there are two types of full-screen designs that are adopted by the top manufacturers. Some tend to use the punch-hole design, while the rest are making handsets with a pop-up camera. Of course, there are other approaches as well, say the flipping camera design, but they are used by a couple of manufacturers only. In this sense, the Honor 20 series, which is set to arrive in China on May 31 and in Indian on June 11, has been said to sport an appearance originally offered by Samsung. Today, the promo poster of this handset appeared in the net, showing a punch-hole design as well as a side-mounted fingerprint module. Apart from this, there is a couple of other interesting features revealed by the poster. 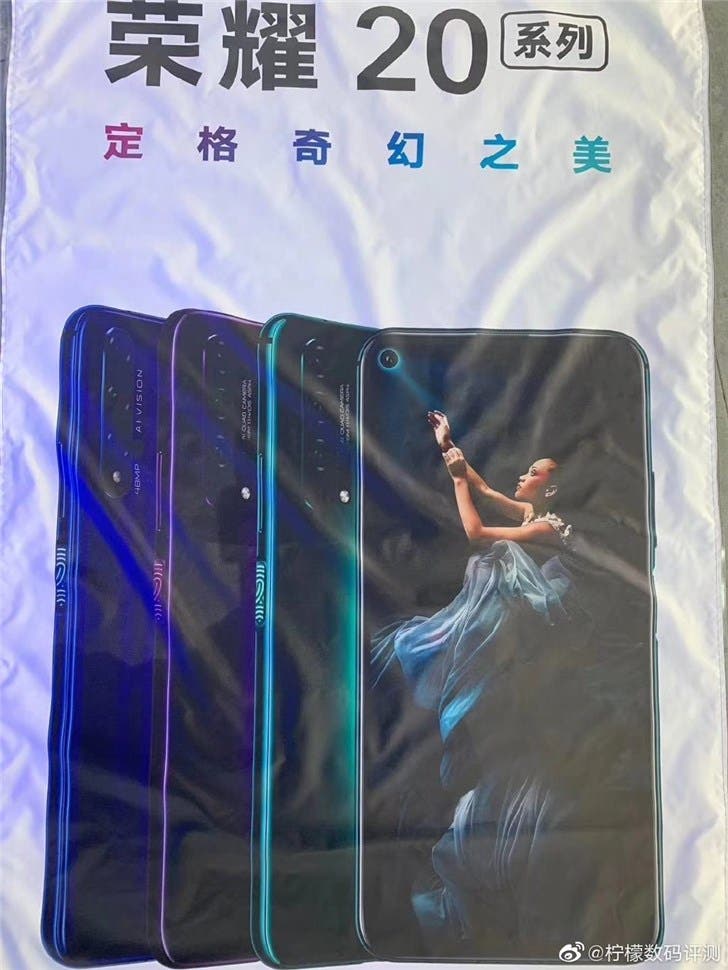 As you can see from the poster, the slogan of the Honor20 series is ‘the beauty of the fantasy.’ As said, apart from the perforated screen and a side fingerprint module, there is a quad-camera on the back. The Honor 20 is going to be a true flagship. This simply means it should come in with the CMOS used by the most flagship models. As you guess, we are talking about the Sony IMX586 sensor.

Previously, we have heard the quad-camera on the rear panel consists of a 48MP Sony lens, a 16MP super wide-angle lens, an 8MP telephoto lens, and a 2MP DoF lens. At the same time, this handset is going to feature another mainstream sensors on the front, which has a 32MP resolution.

In terms of core hardware features, the Honor 20 Pro will be equipped with a Kirin 980 processor, paired with at least 6GB of RAM and 128GB of storage, a battery capacity of 3,750mAh, which supports 22.5W fast charging, etc.

Previous Huawei sends a letter to customers around the world

Next Google tracks all online purchases through Gmail