After a couple of leaks, and a brief period of pre-order, the Chinese computing giant today unveiled the Lenovo Z6 Lite also known as Lenovo Z6 Youth edition as promised. The device is a watered-down variant of the Lenovo Z6 Pro announced about a month ago. It retains the same waterdrop-style notch display with glass design on the front and back with a gradient finish on the rear as the Z6 Pro, but rather than sporting a Quad-camera setup, and the next-generation in-display fingerprint sensor, the Lenovo Z6  Lite/ Youth edition gets a triple rear camera setup which consists of a 16MP sensor; combined with an 8MP sensor and a tertiary 5MP sensor, while it uses a rear-mounted fingerprint scanner and face unlock technology for biometric unlocking.

The compromises don’t end there, the Lenovo Z6 Lite/Youth edition gets the same 6.3-inch display with a resolution of 2340 x 1080 px, but with LCD panel, and a waterdrop notch, and under the hood, the device is powered by the 10nm Snapdragon 710 SoC with Adreno 616 GPU, and is available in 4GB/64GB storage, 6GBRAM/64GB storage, and 6GB RAM/64GB storage options all of which can be expanded up to 256GB with microSD.

Talking of optics, the device gets a triple camera set up in the same vertical position as the Z6 Pro. The camera specs have been scaled down too, and now include a 16-megapixel main sensor, an 8-megapixel telephoto lens with 8x hybrid zoom and a 5-megapixel depth sensor, as well as a 16-megapixel camera on the front. 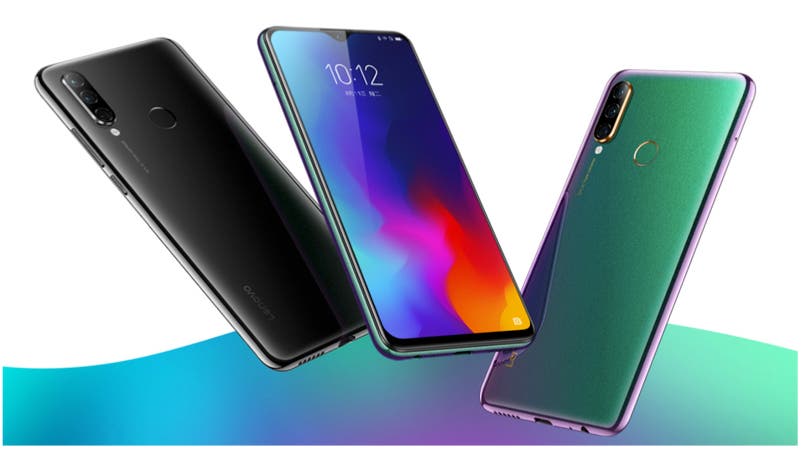