VIVO’s latest Gaming focused sub-brand IQOO is on the verge of announcing its second IQOO branded smartphone named VIVO IQOO neo. The company released the device first teaser yesterday, and today, it surfaced on TENAA’s database with images and a few specs

While everything epic else is kept under wraps, VIVO has today teased one of the basic info relating to the VIVOIQOO Neo. The brand revealed via the teaser that the VIVO IQOO Neo will launch with the Snapdragon 845, perhaps with  6/128 GB memory, despite been positioned as a more affordable version of the monster IQOO phone.

Speaking of the TENAA listing, we reported earlier today that the IQOO Neo will come with a 159.5 x 75.2 x 8.1 mm footprint, and a notched 6.3″ display. It packs three camera sensor on the flipside, though there isn’t any fingerprint scanner there – suggesting the device might employ the under-display scanner. The listing further revealed that the Neo will come with a 4420mAh battery- up from the 4000mAh battery on the original VIVO IQOO. We are yet to confirm if it will retain the 44W charging capability or, perhaps, it will get a more capable 120W charging. 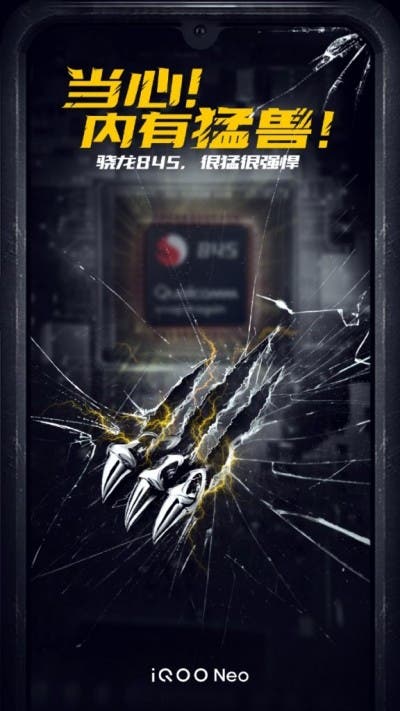 VIVO is still silent on the device’s launch date, though we should still expect some teasers from the company.