The United States and Huawei have been at loggerheads since the trade war between the former and China started. However, there are reports that there will be neither winner nor vanquish in this battle. Today, Andrew Williamson, Vice President Strategy, President’s Office, PACD at Huawei Technologies said that the Huawei – US fracas is expected to cause a $56 billion export losses and affect 74,000 jobs. It will also affect employment in other fields. 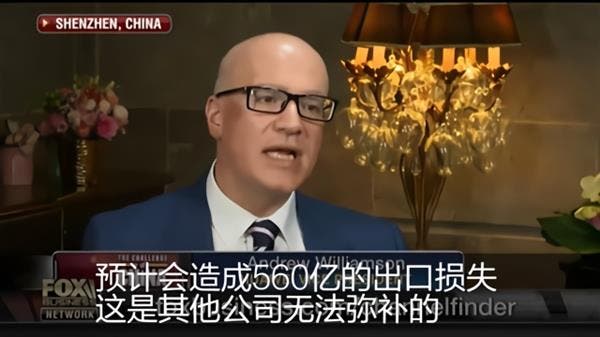 In the past six months, the unfair treatment by the United States has pushed Huawei to the forefront. In particular, the implementation of the trade ban is considered a threat to its survival, but Williamson said in an interview with Fox that due to business continuity plans, the company is still in development, and it is still growing.

“We hope to achieve double-digit growth this year. We also have a lot of spare tire plans. It is very important that we are in a very unstable and uncertain political environment, so we are working very hard to find multiple solutions.” He said.

Ren Zhengfei, founder and president of Huawei, said “we may cut production in the next few years, sales revenue will drop by $30 (worse case) and sales revenue this year and next year is expected to be around 100 billion yuan…in the next two years, we will come back stronger”

Williamson said that Huawei is actually a major customer of US technology products. The annual procurement budget in the United States alone is as high as $11 billion dollars. Therefore, the Huawei – US fracas will cause great financial destruction. He said, “Some suppliers have already cut cooperation and is expected to cause $56 billion export losses, which is irreparable by other companies, including the impact on 74,000 jobs…The impact may be mainly concentrated in the technology sector, but it is clear that the decline in US export sales will have a multiplier effect and will have an impact on employment in other areas of the US,” he added.

When asked if the US ban on Huawei has been resolved, Williamson said that if the United States restricts competition, it will only be counterproductive. “Huawei will invest in R&D and conduct business activities in countries that welcome us.”

He pointed out that any market that restricts free competition, the ultimate injury will be consumers, because the price of goods will increase. He also mentioned that if many markets completely restrict the entry of Chinese equipment vendors, 5G deployment may be delayed by one and a half to two years. The real risk is that the benefits of 5G and economic advantages will be delayed, and weakening competition will have a negative impact on businesses and consumers.

Next Xiaomi's new headquarters is massive - ready for use