The tablet market continues to struggle as consumer demand for these once-popular devices continues to go down south. In fact, a recent forecast by IDC suggests the market will decline further by 3.3 percent in 2019. That notwithstanding though, a few OEMs like Samsung isn’t giving up on the PC market, as the firm is now rumored to be working on the Galaxy Tab S6.

The device is rumored to launch alongside the Galaxy Note 10 later in August. And while previous leaks have revealed some low-res real live images of the Galaxy S6, a new leak courtesy of Androidheadline reveals official-looking renders of the device, while alluding to some of the previously leaked features. 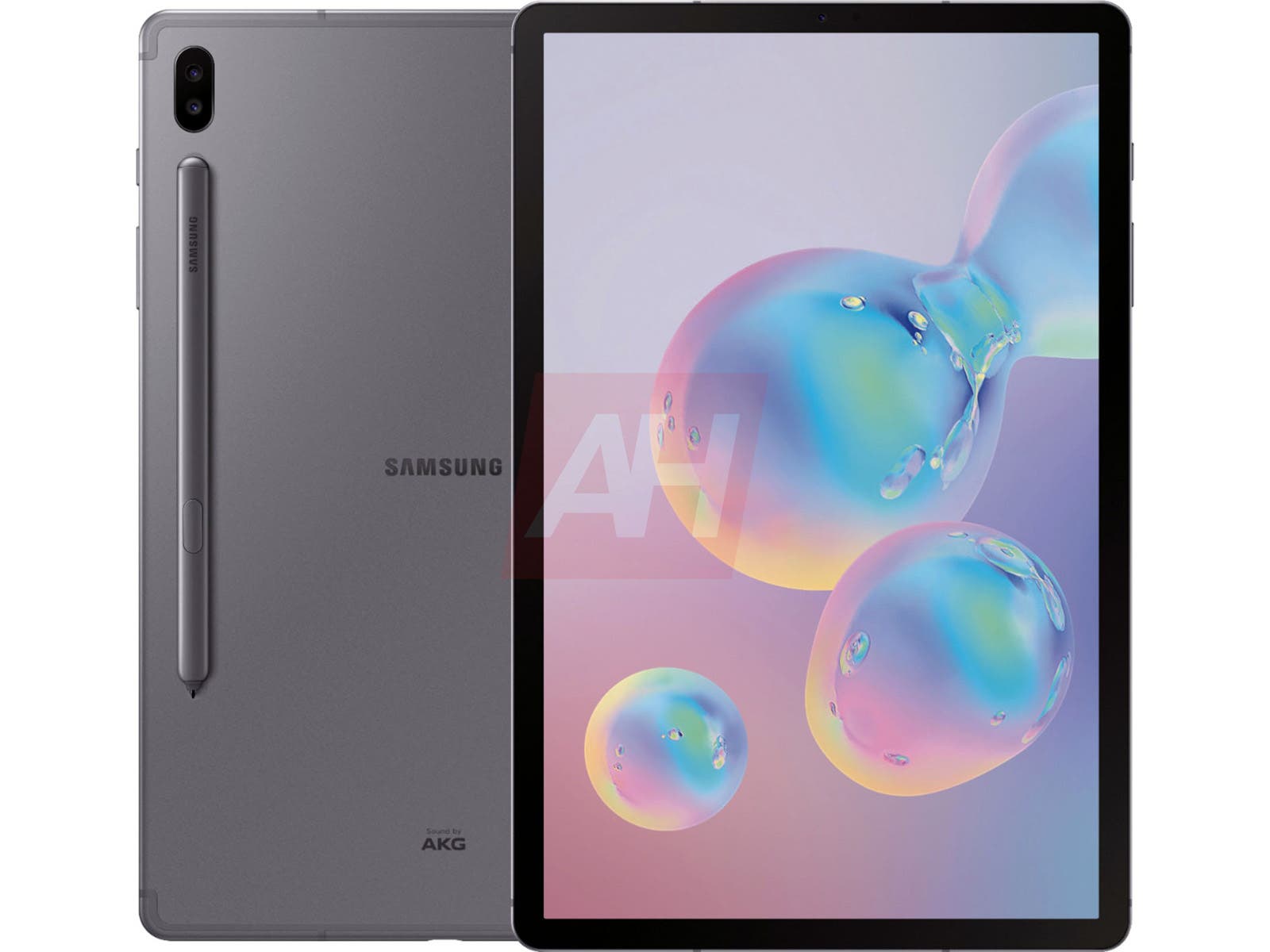 Notably, the leaked render confirms that the Galaxy Tab S6 will come with a stylus, but with one awkward problem. The S pen stylus sits right on the back of the slate. The design choice means the slate isn’t going to sit flush with the rest of the back when placed on the table. So users might have to detach it whenever they chose to do so.

Furthermore, the renders confirm the dual-camera setup on the back panel. And, also, it is obvious from these renders that there will be no headphone jack, but there will be quad-speakers “Tuned by AKG.”

And on a final note, these unconfirmed, but official-looking renders reveal the device will come with an optional keyboard cover. There is also the Microsoft Surface-esque kickstand. 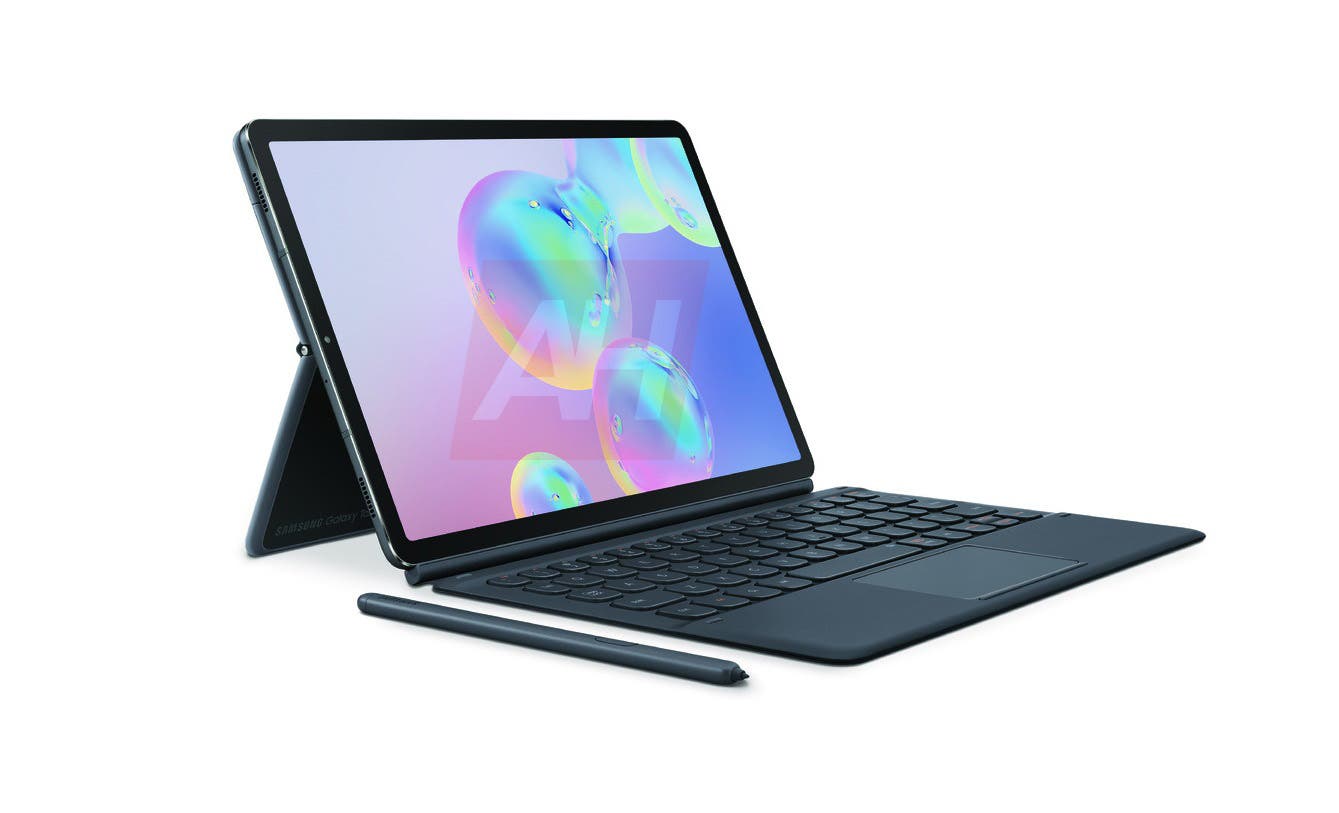 Samsung has yet to throw its weight behind the leaks and rumors. However,  unconfirmed reports say the Galaxy Tab S6 will come flaunting a 10.5-inch screen with an in-display fingerprint reader and the Snapdragon 855 under its hood.  It will be mated with 6GB RAM, and 128GB storage, while Android 9 pie is the preferred OS.