Earlier today, there were reports that the upcoming Huawei Mate 30 series could use a dual 40MP camera setup. Huawei smartphones are doing very well in terms of camera. The coming Mate 30 series will probably not disappoint in that department. Earlier, there were two trademark applications from Huawei for the names Camera Matrix and Cine Lens. Now, a fresh trademark application from Huawei to the EUIPO (European Union Intellectual Property Office) and to the UK IPO (Intellectual Property Office) refers to a SuperSensing camera. The trademark was filed on July 29, 2019, by Forresters from Munich, Germany. This company trades more often in the name of Huawei Technologies. 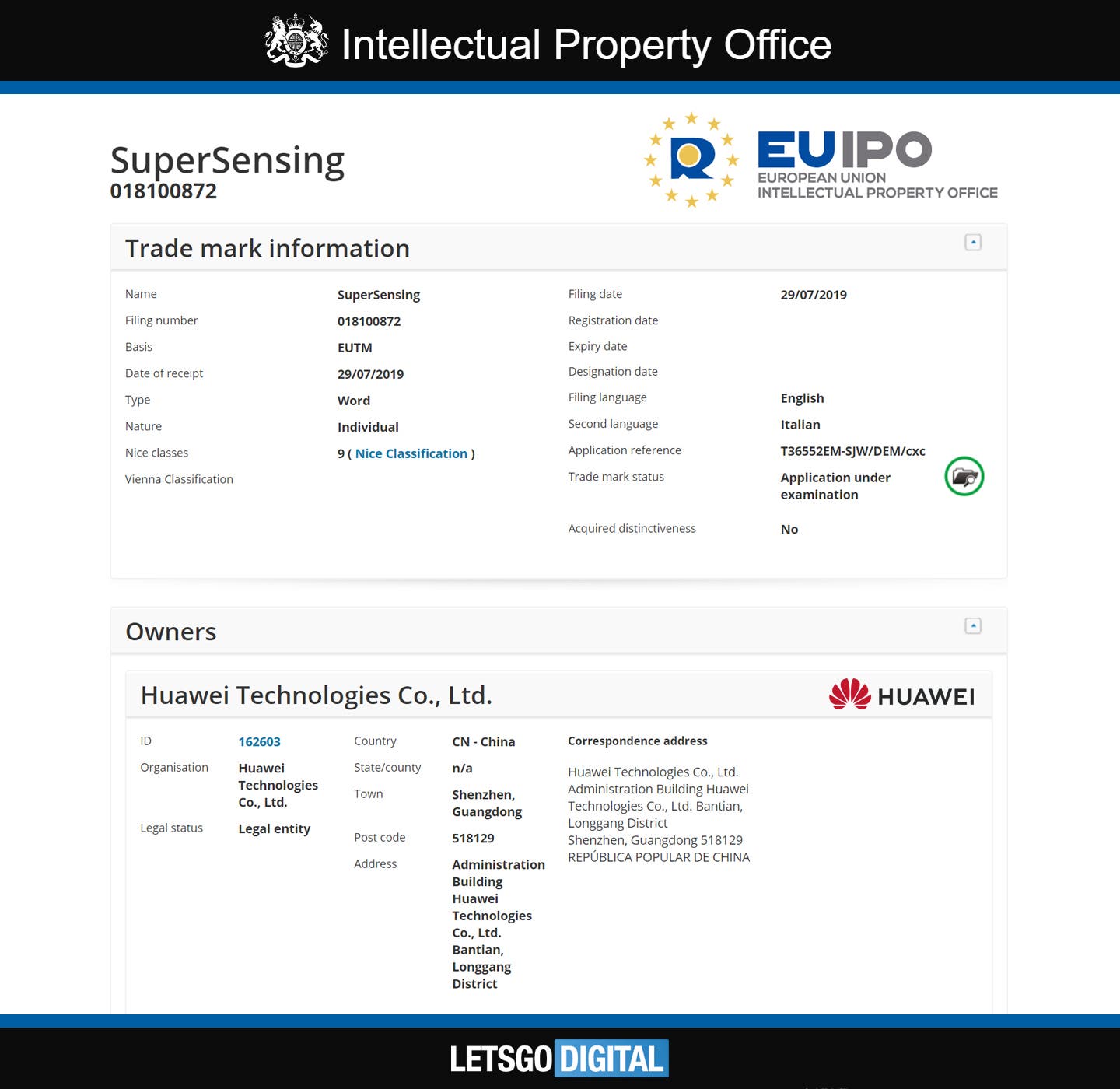 The term ‘SuperSensing’ came with Huawei P30 and the P30 Pro which has a 40MP SuperSensing main camera. The SuperSpectrum sensor, the ISP (Image Signal Processor) and the Kirin 980 chipset work together in such a way that they can capture 40% more light. This allows you to take detailed photos even in low light environments. As of now, Huawei P30 Pro still invariably holds the No. 1 position of ‘Best camera smartphones’ on DxO Mark ranking.

This SuperSensing camera technology will probably also be used in the Mate 30 and Mate 30 Pro. Today the possible camera specs appeared online. The Mate 30 Pro would have two 40 megapixel cameras, one with a cine lens and the other with an ultra-wide-angle cine lens. With the P30 Pro, the ultra-wide-angle camera is still 20MP. In addition, the use of a cine lens is new, this should improve the video quality.

The company will probably introduce its new Mate smartphones in October, after which the devices will be available from November. That only applies to the 4G models, presumably, you can only buy the 5G variants from December.