Motorola took the wraps off the Moto E6 back in the last month. Apparently, the company will follow up with a Plus variant for the entry-level device. A new set of leaked images popped out in the wild, showing the Moto E6 Plus in all its glory. The leak comes as a courtesy from the reliable leakster Roland Quandt. 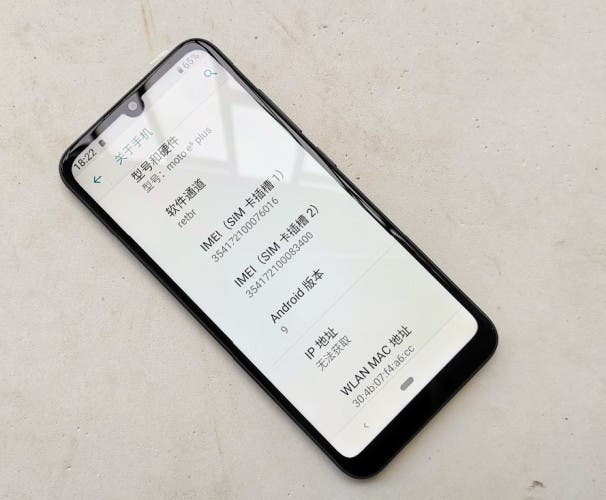 Judging by the photos we can clearly spot that the Moto E6 Plus will run Android Pie straight out of the box. Furthermore, the handset will sport a notched display surrounded by bezels. Worth noting that the chin on the E6 Plus is slightly smaller than the vanilla E6. The handset has the volume rocker and power key on its right side. Last but not least, it has a glossy rear finish which is home to a dual-camera setup. The two cameras are vertically aligned in the upper-left corner and have a LED flash below to help with darker environments. Last but not least, the Fingerprint scanner makes a comeback in the center with the Motorola logo atop.

Unfortunately, there are no details about the specifications of the Moto E6 Plus. However, according to a benchmark result which allegedly reflects E6 Plus specifications, it will ship with Helio P22 and will come with 2GB of RAM.

Previous Lenovo to unveil the Lenovo K10 Note on September 5