On the afternoon of September 24, Xiaomi released its first 5G smartphone in China (and second globally). But apart from the much-awaited Xiaomi Mi 9 Pro 5G version, there was another product that caught everyone’s eyes as well. As you guess, we are talking about the concept phone called the Xiaomi Mi MIX Alpha.

‘The Xiaomi Mi MIX Alpha is not a folding screen smartphone, not a double-sided screen phone, not a waterfall screen phone, but a concept phone that represents the future form. It is a complete screen that surrounds the body with a 180.6% screen ratio,’ Lei Jun said. 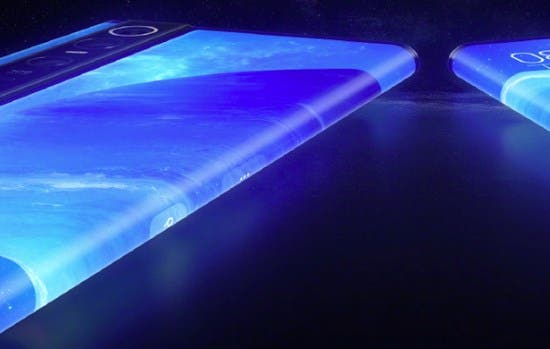 According to Lei Jun, the MIX Alpha started the research and development as early as 2 years ago. 1000 engineers have been participating in its development. And also, the company spent over 500 million yuan ($70 million) on it. However, this is not all. Lei June said they will invest over 10 billion ($1.41 billion) in R&D in the future.

The Xiaomi Mi MIX Alpha 5G smartphone adopts a screen with a ratio of 180.6%. It supports screen fingerprint recognition and screen sound technology. The forehead and the chin have a width of 2.15mm. There is a side dual-display chip driver as well as a titanium metal frame. And we are not talking about the 108MP three-camera on the back.

Prior to this, Nubia and VIVO have introduced dual-screen smartphones. Plus, we have seen a few models with a waterfall screen. In fact, Xiaomi has gone further and released a new concept phone that has all the chances to become mainstream. If you doubt, just remember what happened after the launch of the original Mi MIX. Agree Xiaomi is a change maker.

Next Oppo Reno Ace to be availalbe in two color options, Blue and Green