Today, Xiaomi released the Mijia translator. It sports a 4.1-inch large screen, a patented 6-microphone array technology, and supports 18 languages ​​for translation. The price is 1299 yuan ($185). This translator will go on sale at 10 o’clock on November 26 Sell.

The Mijia translator is equipped with a 4.1-inch ‘RETINA’-grade touch screen with a pixel density of up to 357PPI. There is a built-in 3000mAh battery, which can fully charge quickly and stand for 19 days or provide 5 hours of continuous translation. 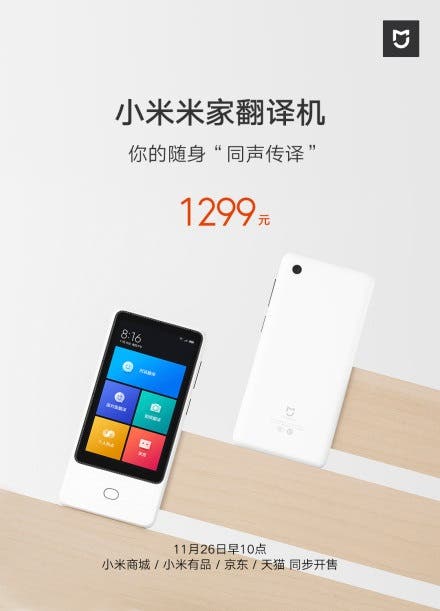 The Xiaomi Mijia translator adopts the patented 6-micorphone array technology, which supports long-distance two-way sound collection and automatically identifies the direction of the speaker. You don’t need to pause the talk. Just enter the ‘conversation translation’ interface. This will start the two-way automatic sound pick-up. Thus, you can seat in front of the speaker and freely talk. The translator will catch up with the words, translate them, and display them on the screen. 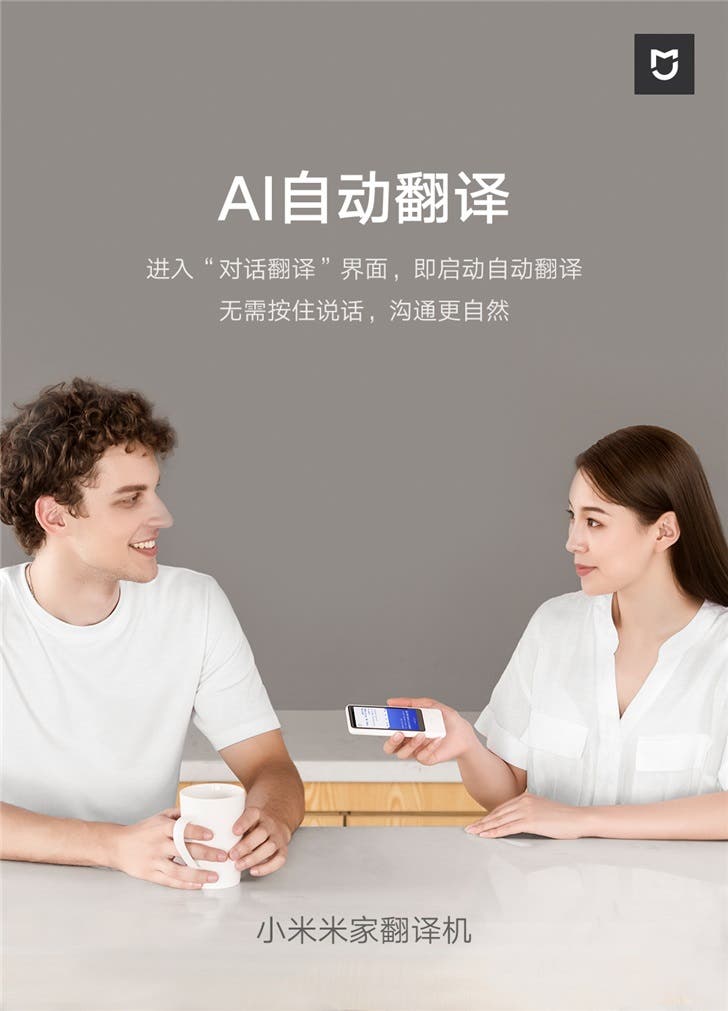 The Mijia translator supports 18 languages used in more than 170 countries and regions. It also features an 8-megapixel autofocus camera that supports online photo translation in 8 languages, real-time shooting and translation, and horizontal/vertical screen identification. This translator supports recording, and also supports the automatic recording of the text. The transferred text content can be sent to your email address for easy management and editing on your phone and computer.

This machine supports three kinds of Internet access methods – through the physical SIM card, Wi-Fi hotspot, and virtual card. Also, you can create a hotspot sharing network and share it with 6 devices.