After launching Honor View 30 Pro and slew of other products at MWC 20, it seems like the Chinese smartphone maker is now working on yet another device. A new Honor smartphone has surfaced online at the listing of the Ministry of Industry and Information Technology, China. As expected, the listing reveals some key information as well as reveals various aspects of the design. 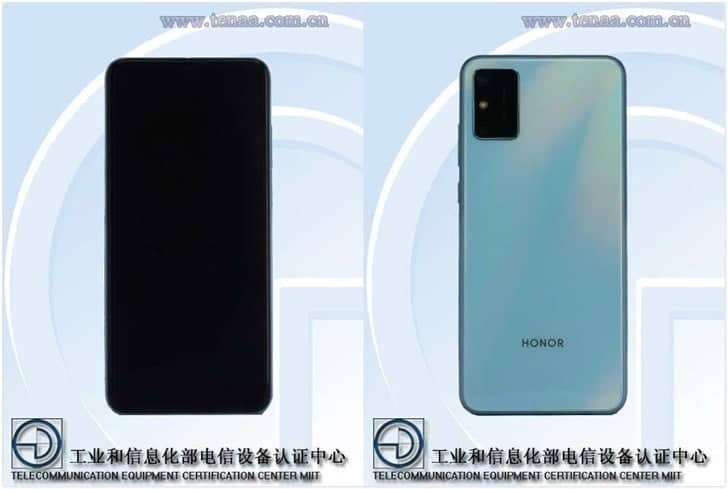 The smartphone has appeared on the database of MIIT with a model number MOA-AL00. As per the listing, the smartphone will come with a 6.3-inch display having a waterdrop notch on the front. Coming to the dimensions, the phone measures 159.07mm × 74.06mm × 9.04mm. Furthermore, it is fueled by a massive 4,900mAh battery packed inside. There is currently no information on the fast charging speed. Coming to the design, the surfaced images reveal a matrix-shaped rear camera design. It has at least two cameras accompanied by an LED flash. You will also see the Honor logo branding on the back.

It is worth noticing that there is no visible fingerprint sensor either on the back or on the side. This suggests that the brand might go with the in-display optical fingerprint sensor. Apart from all these, the listing did not reveal anything else about the smartphone. With that said, we’re expecting more information to come forward in the coming weeks.