Yesterday, Huawei held an online conference to launch a series of new products. Also, it officially announced the launch of HMS (Huawei Mobile Services) for overseas. After it, Honor also held a press conference in Europe, launching the Honor V30 Pro and 9X smartphones. Both come with built-in HMS and Huawei App Gallery application store. Thus, these are Honor’s first built-in HMS phones launched for the international market.

Huawei and Honor are inseparable. The Honor V30 Pro and 9X are actually domestic products released last year. The former is Honor’s flagship product in 2019. It uses the Kirin 990 5G processor. This is the world’s first flagship 5G SoC chip. It has a built-in independent AI computing part as well as a different core architecture. 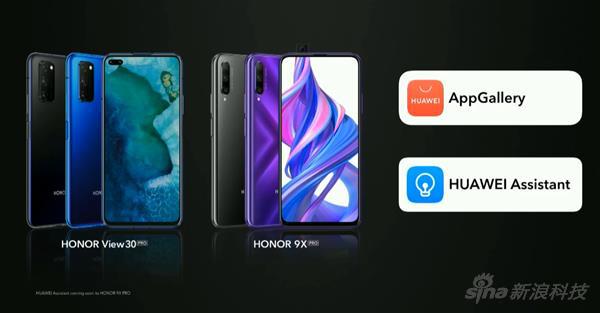 This product will be launched in the Russian market starting on March 3. But the company has not announced the relevant price. Seems the next country will be Turkey. Its mobile operators have already signed agreements with Huawei. This simply means the upcoming Huawei and Honor smartphones will come with HMS.

In fact, since the US added Huawei to its ‘entity list’, the Chinese manufacturer has begun developing more rapidly. It even hopes to surpass Google’s GMS in the nearest future. Looking at what Huawei is currently doing, it’s quite possible. Say, Huawei has announced there are over 1 million developers working for HMS.

Next These 2 malware has contaminated 12 Android applications, uninstall them now!