Yesterday, Chinese manufacturing giant, Huawei, officially released a plethora of products at a global conference. Of course, the protagonist of this conference is the Huawei Mate 40 series and the Kirin 9000 SoC. There are several other products that debuted at this conference. We had the surprise Kirin 9000E that came with the Mate 40. We also say products like Huawei Sound, 50W vertical charger, Huawei X Gentle Monster Eyewear II, Watch GT 2 Porsche Design, Huawei FreeBuds Studio, and so on. While we have extensively discussed most of these devices, there are massive upgrades that come with Huawei HMS and EMUI 11.

For non-Chinese users, Huawei has launched applications such as Petal Search and Petal Map. Furthermore, the Huawei Mate 40 EMUI 11 comes with upgrades in terms of multi-screen collaboration, fluency, and more. Here are the top 5 upgrades that we can spot on either HMS or EMUI 11.

At the press conference, Huawei officially launched a number of new applications for non-Chinese users. One of them is Petal Search, a universal search engine that supports multiple search methods. Petal Search provides users in more than 170 countries and regions with search services in more than 20 categories. Users can get information on applications, news, videos, pictures, shopping, travel, air tickets, hotels, music, local services, and various life information. Furthermore, this search engine supports more than 50 Languages.

The visual search function of Petal Search allows users to take photos or use pictures to search. You can use images to search for people, animals, scenic spots, commodities, recipes, etc. At the same time, the Petal Search voice search also supports English, Spanish, French, Arabic, and other languages.

Another important feature that we can find on the Mate 40 series is Petal Maps. This Map service is available in over 140 countries and regions outside China. It gives users services such as map positioning, map display, driving navigation, and real-time road conditions. It also pioneers a new map interaction method, using the Mate 40 series – this is the air-operation function in navigation. When the user presses his palm toward the screen while driving, the navigation route view and the map overview interface can switch freely. 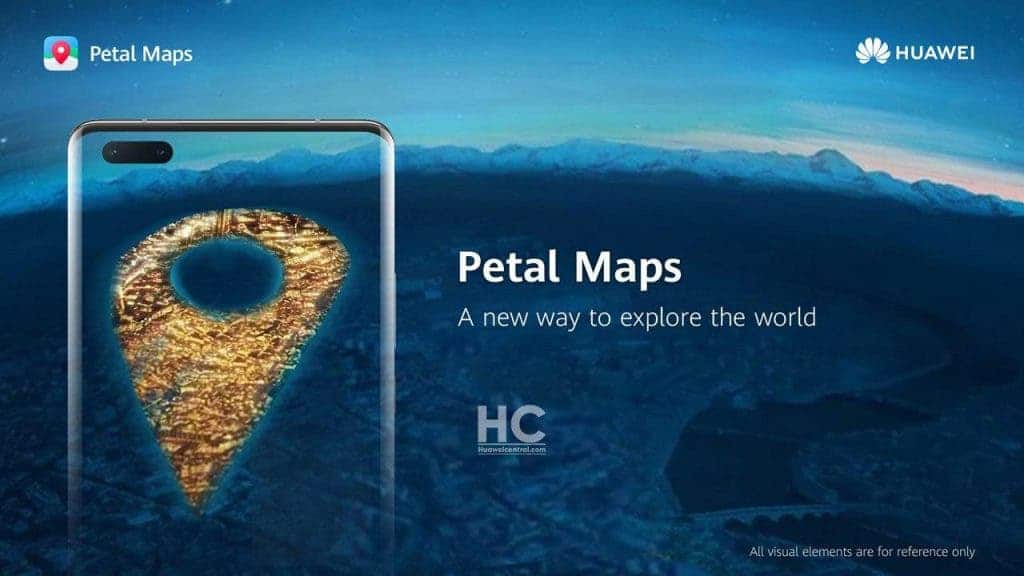 The office application HUAWEI Docs provides integrated document services for users in more than 100 countries and regions around the world. Users can manage documents, presentations, forms, PDFs, and other local and cloud files in more than 50 formats online. By logging in to the same Huawei account, users can edit and synchronize cloud documents on multiple devices.

The Huawei Mate 40 series comes with the new EMUI 11. This system comes with the AI ​​airborne operation, adding airborne gesture operations in many scenarios. This allows users to operate the phone without touching the screen. For example, when the screen is off, hovering the palm of your hand over the top of the screen can light up the screen. This seems to be convenient for checking time and other screen data. When browsing e-books, news information, and pictures, slide your palm left and right or up and down in the space above the screen to turn pages. 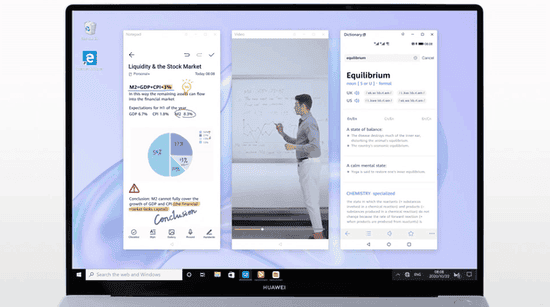 The AI ​​air-space operation can also recognize air-pressing actions. You can use this feature to answer an incoming call. In addition, you can also use this feature to pause during music playback. Users can also increase or decrease the music volume without touching the screen using up and down gestures.

Also, the smart multi-window of EMUI 11 supports opening multiple windows at the same time on the mobile phone, allowing users to simultaneously open the browser and chat window when watching a video without closing or switching out of the current application interface.

EMUI 11 also brings a brand-new email dialogue mode. The core content of the email is presented in the form of cards. Also, users can obtain important information at a glance. In the conversation interface, you can also view all historical emails with contacts, and directly reply to text and attachments, further improving the efficiency of email processing.

With the support of new technologies such as EROFS, Ark Compiler, GPU Turbo, and deterministic delay engine, EMUI brings users a stable and smooth experience in terms of systems and games. Yu Chengdong said that based on the performance support of Kirin 9000, the Mate 40 Pro with EMUI 11 can still be smooth after 36 months. After 36 months of simulated aging test, the overall performance dropped only 2.5%.

Huawei has been doing a whole lot to improve its system since the American ban started about two years ago. The latest improvements of the EMUI 11 and HMS systems shows its desire to make its system comparable with Android and GMS. No doubt, Huawei’s HarmonyOS or HongmengOS is still a long way from Google’s Android. Nevertheless, if it continues with this momentum, it will start making a significant impact soon. It’s interesting to see how far Huawei has gone despite the ban.