Huawei recently had added another tablet to its Indian portfolio. The company has now launched its MediaPad M5 Lite 10 in the country. As the name suggests, the M5 Lite 10 is the successor of the previously launched M5 Lite. Here is everything you need to know about this tablet from specifications to the price.

The all-new MediaPad M5 Lite 10 comes in a single storage option featuring 4GB RAM and 64GB onboard memory. In terms of color options, the device is available in Champagne Gold and Space Grey variant. It will set you back around INR 22,990 (i.e. roughly $318).

Coming to the availability, the brand will start taking pre-orders from March 6 via Flipkart, a popular Indian e-commerce website. It will also be available via Croma, Huawei website and other offline retailers. Huawei is also offering exclusive offers along with the tablet. 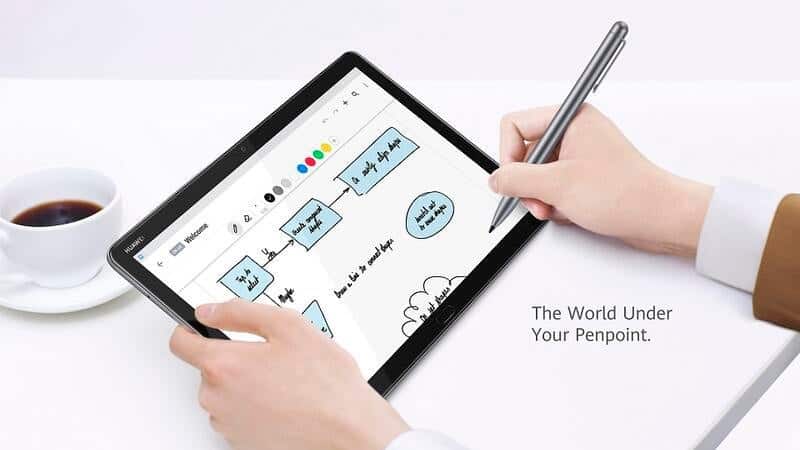 Talking about the specs, the MediaPad M5 Lite 10 is equipped with a 10.1-inch IPS LCD display panel. It has a resolution of 1080×1920 pixel. Under the hood, the tablet runs on kirin  659 chipset which is quite an older processor. Just to give you an idea, Huawei and its sub-brand Honor used to use the SoC around three years back.

In terms of optics, there is a single 8MP primary sensor on the back with an aperture of f/2.2. For selfies and video calling, the tablet makes use of 8MP front shooter with an aperture of f/2.0. Powered by 7,500mAh battery inside, the device runs on the older Android 8.0 Oreo with EMUI 8.0 on top. To top up the battery easy and fast, the tablet has 18W charging support via USB Type-C port. For audio, there are a quad Harman Kardon speakers for stereo sound effect. The company is selling M-Pen stylus separately for your creative needs.

Previous Global PC market to fall by 3.4% in 2020 due to Coronavirus