Apple is working on its next-generation of iPhone lineup dubbed iPhone 12 series. The lineup has already been a part of numerous leaks in the past. In fact, the leaks and rumors are gradually increasing as the days are progressing forward. As expected, the all-new iPhone 12 lineup will make use of the upcoming Apple A14 Bionic chipset.

Well, the chipset now has appeared on the GeekBench for the purpose of benchmarking. This is the beta 1 version of the GeekBench5 test. 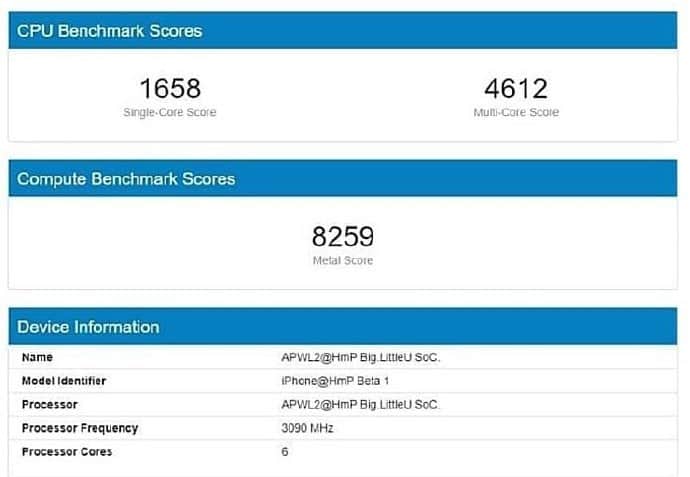 As per the GeekBench scores, Apple’s upcoming A14 Bionic chipset comes with Hexa cores with a clock speed of up to 3.1GHz. The chipset managed to score 1658 points in the single-core performance while it has bagged 4612 scores in the multi-core department. Furthermore, the listing also compares the performance of the chipset with the other popular ones in the market. 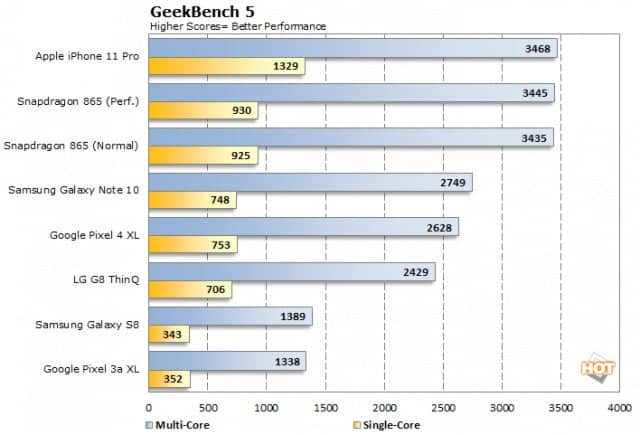 For instance, the upcoming A14 chipset managed to beat the A13 Bionic chip as well as the Qualcomm Snapdragon 865 SoC. The comparison graph also contains various devices such as Galaxy Note 10, Pixel 4 XL, LG G7 ThinQ and more. Earlier we came to know that the Apple A14 Bionic chipset will be built using TSMC’s 5nm process technology. The mass production for the which will commence in the month of April. It is also worth mentioning that TSMC last year invested around $25 billion in the 5nm process technology. This was done to prepare for the next-gen A14 bionic chipset.

For those who’re unaware, the previous A13 and A12 were both built on the 7nm manufacturing process with the former making use of the extreme ultraviolet lithography on top.

Looking at the previous leaks and rumors, the upcoming iPhone 12 lineup will contain four different variants. It will include a 5.4-inch iPhone, two 6.1 models and a 6.7-inch iPhone. All the four devices will come with 5G connectivity support.

Next Redmi K30 Pro will be cheapest Snapdragon 865 phone, to launch in India as Poco F2