The Chinese giant Huawei continues to search for alternative services to Google services and applications that it cannot integrate into its devices due to the US ban. According to new reports, the company has found the navigation application to replace Google Maps.

Huawei has now started listing HERE WeGo, the second most used navigation app in the world, in its own app store, AppGallery. Although the application is not at the level of Google Maps, it would not be wrong to say that it is an extremely good alternative with its features and navigation function. 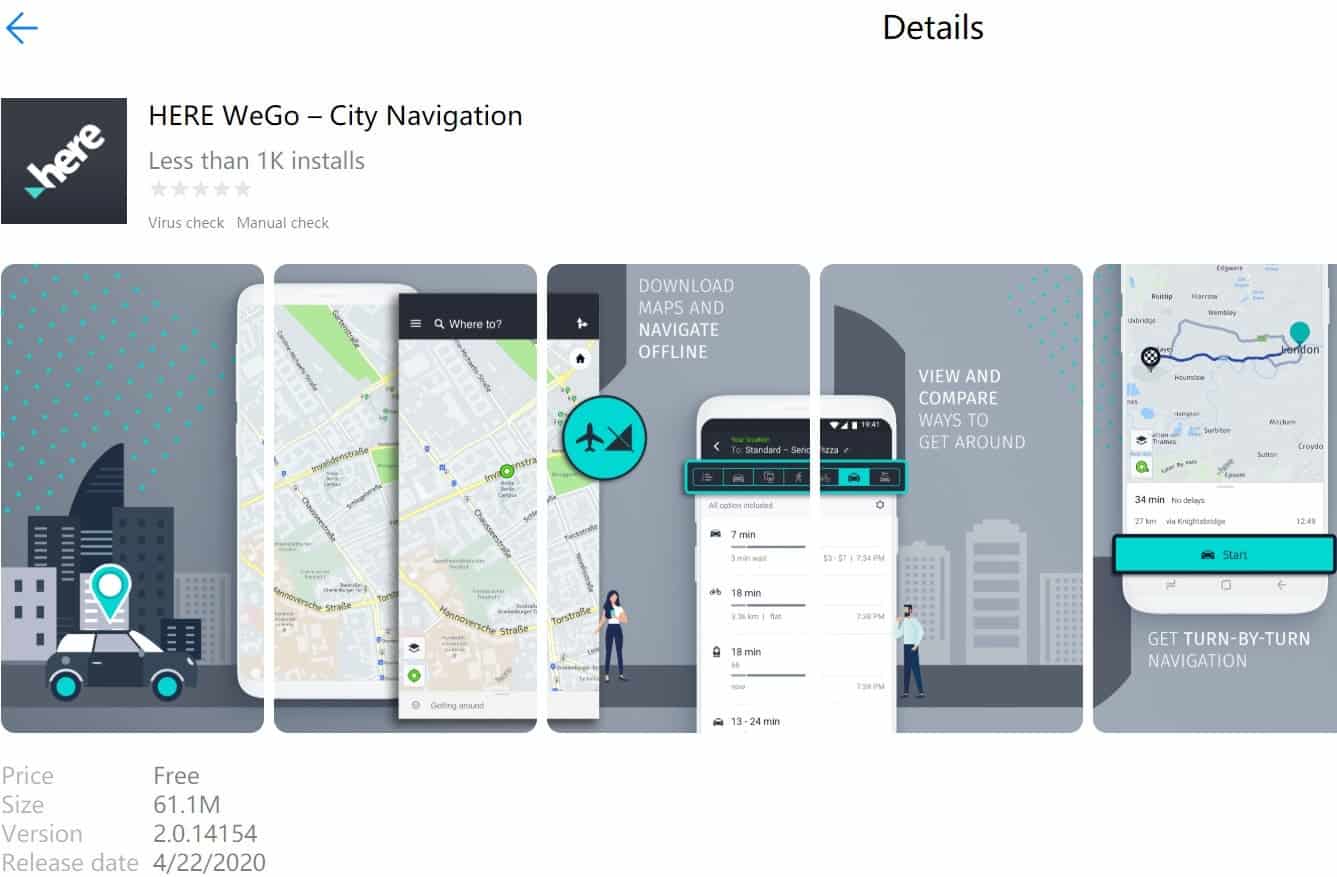 HERE WeGo allows you to download maps among the various features it offers. So users can browse routes without an internet connection. In addition, the application, which provides information about public transportation in more than 1300 cities worldwide, also provides important information such as bus ticket prices and taxi fare. In addition, HERE WeGo includes features such as traffic status. This alongside alternative route planning to reach the destination just like Google Maps.

It is worth to mention that Huawei has recently launched its new high-end phones, the Huawei P40 Series. But unlike other years, it has not presented two models, but three. The P40, the P40 Pro and a new model that differs little from the latter, called P40 Pro Plus. The three smartphones come without Google apps and services. Instead, they came with Huawei mobile services and alternative apps to the famous Google apps. We will have to wait to see how users will accept the new phones without Google apps.
Source/VIA :
Phonearena

Next Coupons for Redmi & Xiaomi phones from DHGate