Xiaomi revealed its highly-anticipated 2020 gaming range in the form of Black Shark 3 and Shark 3 Pro in March. Since the release, the devices are exclusively available for Chinese customers. Now, it’s time for global customers to rejoice. After all, the company announced that the two gaming handsets will be making way to Europe on May 8.

The information was revealed via the Black Shark official website. However, the new launch poster didn’t bring any detail regarding the pricing. In China, the Black Shark 3 retails for CNY 3,499 which can be converted to $502. The 3 Pro variant has a starting price of CNY 4,699 which is around $674. These prices may be slightly higher once the device arrives in Europe, however, they’ll still be more affordable than other smartphones in the flagship segment. 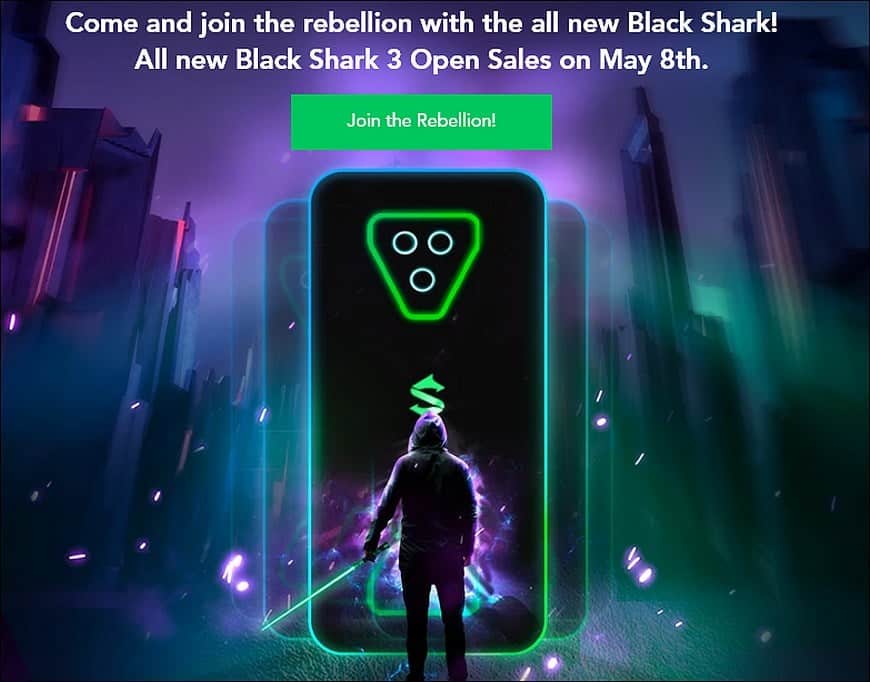 The Black Shark 3 Pro, on another hand, is much more appealing than the vanilla variant. Above all, it features a stunning 7.1-inch AMOLED display with Quad HD+ resolution. That’s right, whopping 3120 x 1440 pixels of resolution. Under the hood, we have the Snapdragon 865 SoC just like its vanilla brother. The Pro variant also has physical triggers on the right side something that the vanilla version lacks.

Now what remains to be seen is how much it will cost in Europe. Moreover, which are the RAM/Storage variants coming to the old continent?