Back in December 2019, Qualcomm released a few new models for various series, including the Snapdragon 765, Snapdragon 730, and Snapdragon 675 family chips. However, the former series chips have been in the spotlight. But there is nothing odd with the popularity they gained in a short period of time. With the launch of the SND765 chips, the company brought high-end features to the masses. Moreover, these are 5G chips. Simply put, 5G smartphones won’t cost $1000 anymore.

Today, we are going to introduce you the Snapdragon 765-powered smartphones that are currently available on the market. But a new wave of models is coming as well. So we will also talk about the upcoming party.

Anyway, this article is not about the Snapdragon 765 chip itself but about the phones that sport this chip.

This is Redmi’s most powerful and most popular smartphone. We know Xiaomi’s sub-brand follows the cost-effective products strategy. But this one is out of any imagination and rules.

Apart from the Snapdragon 765G chip on the board, the Redmi K30 5G boasts of a quad-camera comprising a brand new 64MP IMX686 CMOS from Sony. On the front, there is a 6.67-inch LCD panel with a 120-Hz refresh rate and two front-facing camera sensors. One has a 20MP resolution, and another one comes with a 2MP resolution. 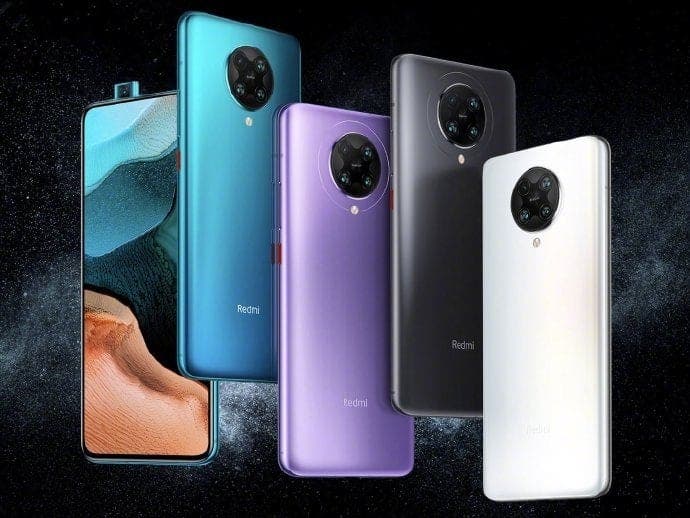 By the way, later the manufacturer released the Redmi K30i, which retails for CNY 1,799 or $252 and delivers you a solid performance. However, it sports the same chip. But the company has made minor changes concerning the main camera (now, it’s 48MP) and the storage has become non-expandable.

To make the competition not only to the Redmi K30 but other models from the same range, Xiaomi has launched its own model powered by the Snapdragon 765G chipset. The Xiaomi Mi 10 Lite aka Xiaomi Mi 10 Youth Edition comes with a 64GB and 128GB storage combination. The specifications are built around a 6.57-inch AMOLED True Color display. There is a dot notch at the top serving as a house for the 16MP selfie snapper. On the opposite side, we have a quad-camera module lead by a 48MP AI camera. There are several software features available in the camera mode including 120FPS video recording. 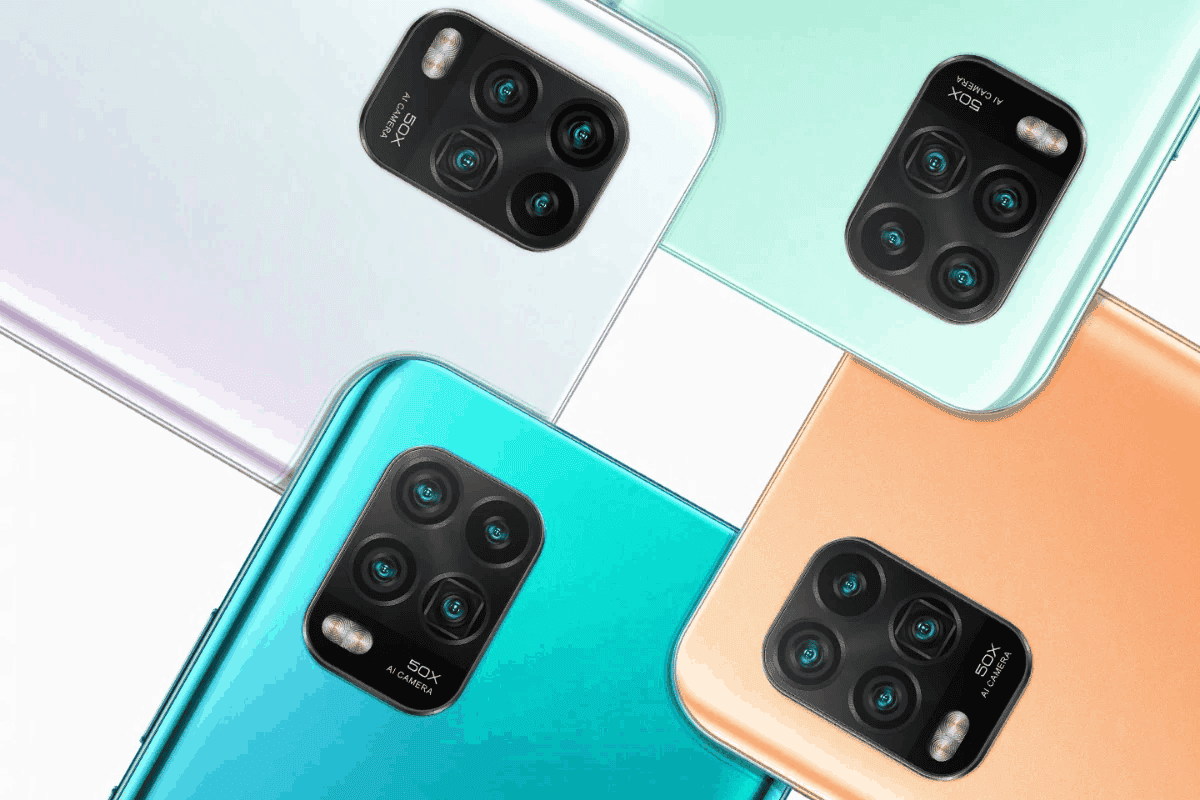 As its name suggests, the Realme X5 5G is the successor of the X2 series. But this time, it incorporates a mid-range chip and not a high-end SoC. However, that doesn’t stop it from taking advantage of some more premium features. It has a 6.57 inch LCD panel in 20:9 format and with a resolution of 2400×1080. The phone has a 90.48% screen to body ratio. There is no notch at the top of the screen, but a double punch to integrate two cameras for selfies. The main sensor is a 16MP (f/2.0) and the second is an 8MP (f/2.2) 105° wide-angle. 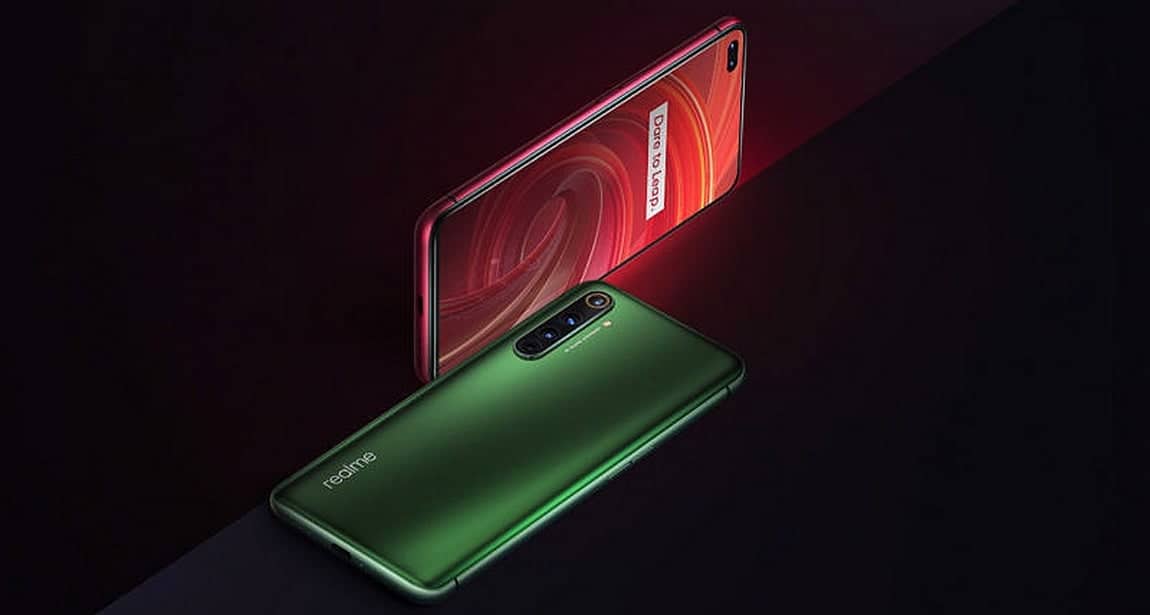 The Snapdragon 765G chip is accompanied by various storage combinations of 6GB, 8GB, or 12 GB of RAM and 128GB or 256GB of storage. It also sports a 4200mAh, which is compatible with 30W fast charging.

By the way, the company is also working on two modified versions of the Realme X50t and Realm X50m. But the latter will sport the Snapdragon 765G chip, while the former model will come with the Snapdragon 768G chip.

The regular version of the phone sports the Helio P95 SoC. But the 5G variant hosts the Snapdragon 765 series chip. The latter is coupled with an 8GB RAM and a 128GB or a 256GB storage. The screen is a 6.5-inch Super AMOLED Full-HD+ panel with a dual hole-punch design and an in-display fingerprint reader. Under the hood, we can also find a 4,050mAh battery, which supports OPPO’s Super VOOC 4.0 (30W). 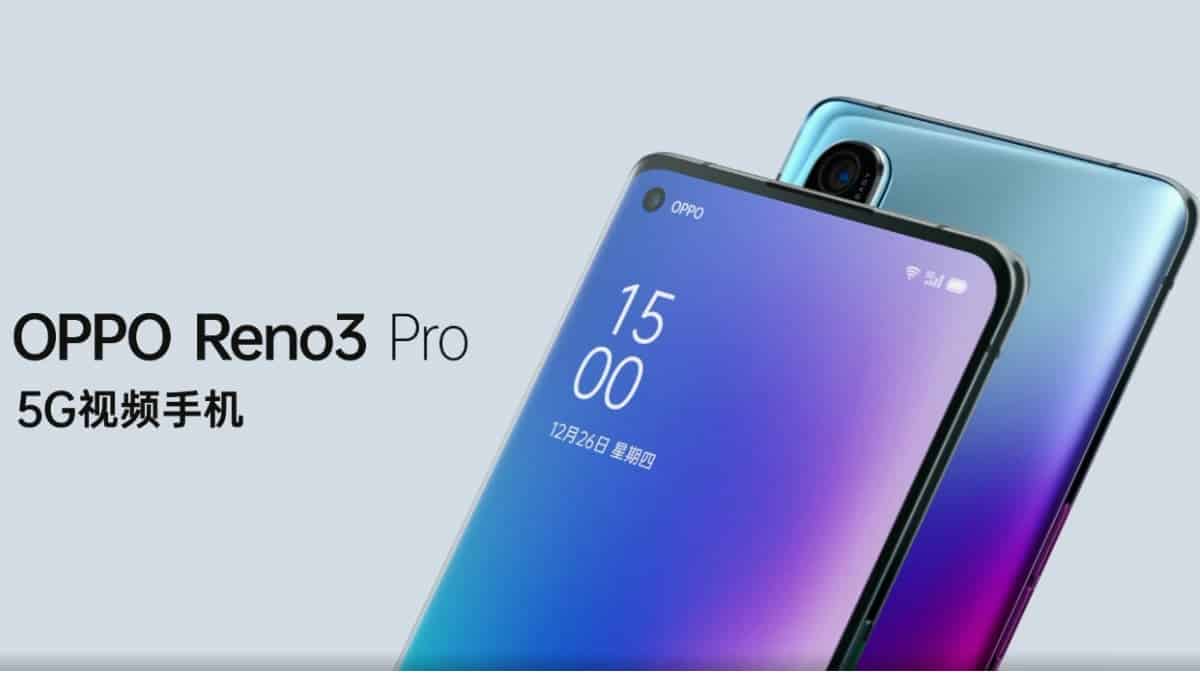 As for the camera, this phone has a 64MP main shooter accompanied by a 13MP telephoto sensor with 2x optical zoom, an 8MP ultrawide snapper, and a 2MP monochrome depth-sensing camera. The front is 44MP 1/2.8” sensor behind an F/2.4 lens helped by a 2MP sensor.

It is equipped with a 6.57-inch display panel with 1080×2080 pixels resolution and an aspect ratio of 20:9. Under the hood, the phone hosts the Snapdragon 765G SoC. In terms of optics, there is a quad-camera module at the back that consists of 48MP primary sensor, 8MP ultr-awide lens and two 2MP macro and depth sensors. 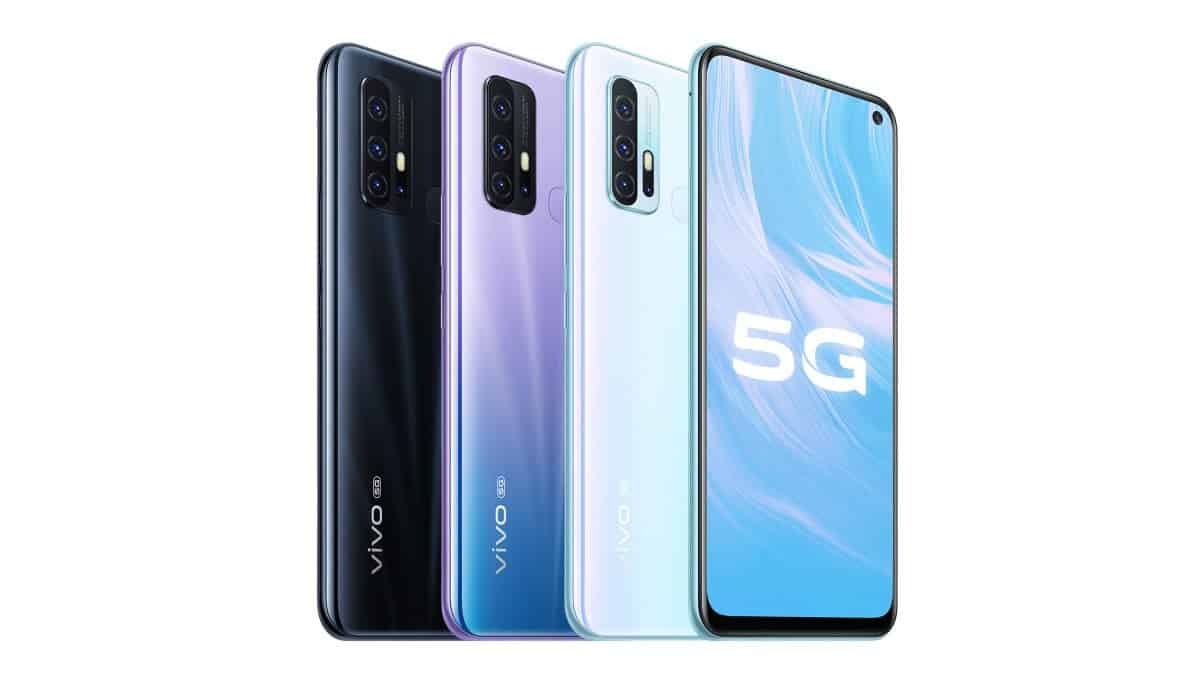 For selfies and video calling, there is a 16MP front shooter hidden underneath the punch hole cutout. Powered by 5,000mAh battery inside that supports a 44W fast charging.

The phone, apart from the Snapdragon 765G chip, also comes with a 6.4-inch OLED screen with FHD+ resolution and waterdrop notch. Moreover, the panel is protected by Corning Gorilla Glass 5 and also features an under-display fingerprint scanner. Unfortunately, it only has a 60Hz refresh rate. But the brightness reaches up to 600 nits.

The camera on the back consists of four sensors. The main camera department is led by a 48MP shooter with f/1.7 aperture. Moreover, there’s an 8MP wide-angle + macro unit, 2MP monochrome, and 2MP retro-style portrait lens. On the front, we have a 32MP selfie snapper with f/2.0 aperture.

The OPPO Find X2 Lite draws power from a 4,025mAh battery that charges via VOOC 4.0 fast-charging tech. As a result, users can get 50% power in just 20 minutes.

The ZTE Axon 11 features an AMOLED panel with a diagonal of 6.47 inches and a resolution of 2340×1080 pixels. It covers 92% of the front panel. The device is based on the Snapdragon 765G chip with a 5G modem, which provides work in the fifth generation networks of the SA and NSA ranges.

The selfie shooter has a resolution of 20 megapixel. It also comes with an aperture of f/2.0. On the back, we can find the main sensor of 64MP and an f/1.9 aperture and an optical stabilizer. Its modules are supplemented by 8 megapixels (wide-angle, 120 degrees, f/2.2, OIS) + 2 megapixels (depth sensor, f/2.4) + 2 megapixels (macro shooting, f/2.4). There is a set of AI-algorithms and the camera is capable of writing 4K video at a speed of 60fps. 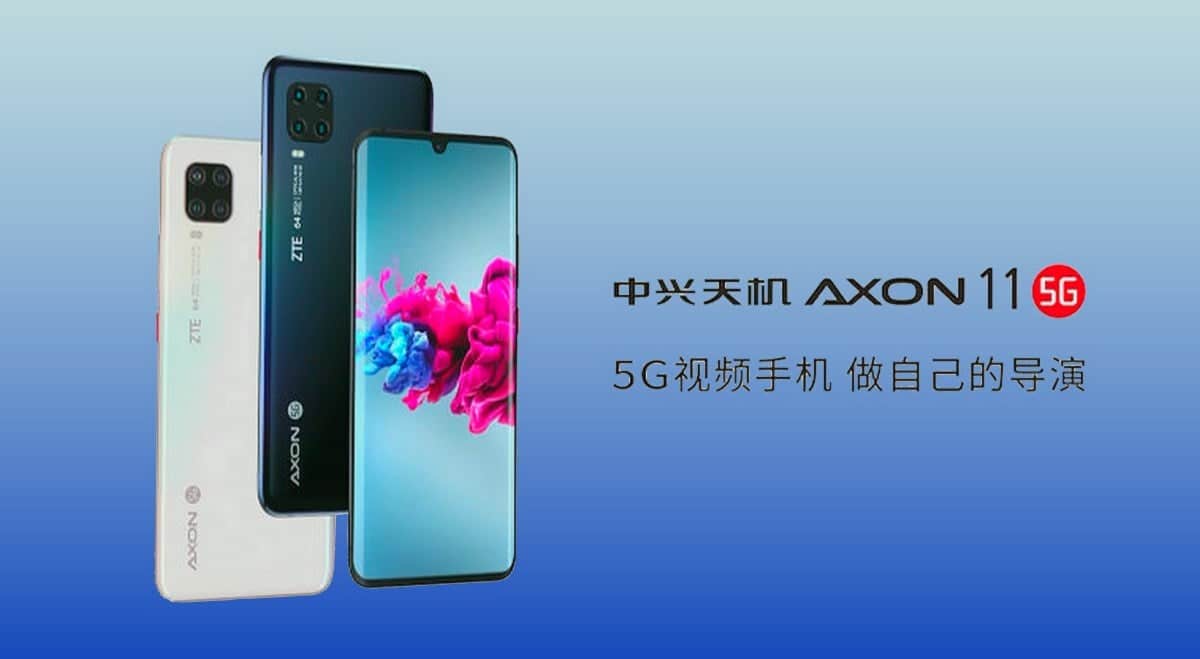 The phone sports a 144Hz screen. It uses a 6.65-inch AMOLED HD large display, which supports under-screen fingerprint technology. Also, it perfectly supports the TC game interpolated frame technology to ensure that the game does not drop frames.

Under the hood, our protagonist carries the Qualcomm Snapdragon 765G chip as well as a 5100mAh large battery. By the way, the latter supports 30W PD fast charging. The ICE2.5 rack-mounted liquid cooling system has a 61mm super-large liquid cooling tube as the core. But there are also a variety of heat dissipation materials such as thermally conductive graphite, gel, copper foil, etc. They can cool the CPU up to 16 degrees to ensure continuous high-performance output, bringing a better gaming experience. 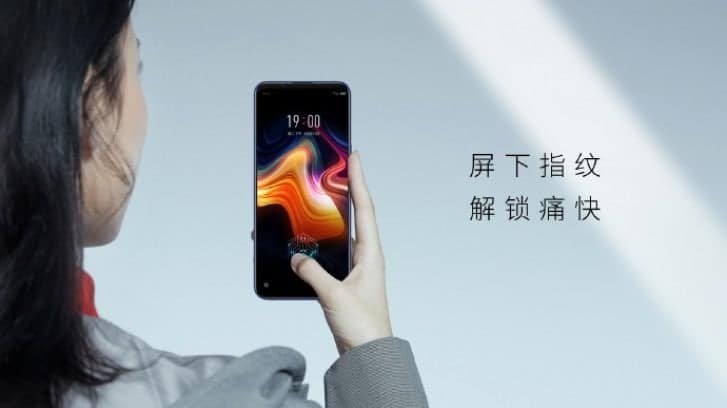 This phone uses Sony’s 48MP high-definition lens, while on the front, there is a 12MP selfie shooter. The rear camera includes not only the 48MP IMX582 CMOS, but also an 8MP ultra-wide-angle lens, a 2MP super macro lens, and a 2MP portrait depth of field lens.

Along with the chipset, we have either 4GB or 6GB of RAM. The former model is available in the North America, while the global version will come with a larger memory. The Motorola Edge sports a 6.7-inch OLED display with “Endless Edge” curves and a 90Hz refresh rate. The display has a punch-hole in the top-left corner, which houses a 25MP selfie camera. The handset also boasts an under-display fingerprint scanner. Unlike most of its competitors, this phone comes with a triple-camera comprising a 64MP main sensor, joined by a 16MP ultra-wide and 8MP telephoto sensors with a ToF module. 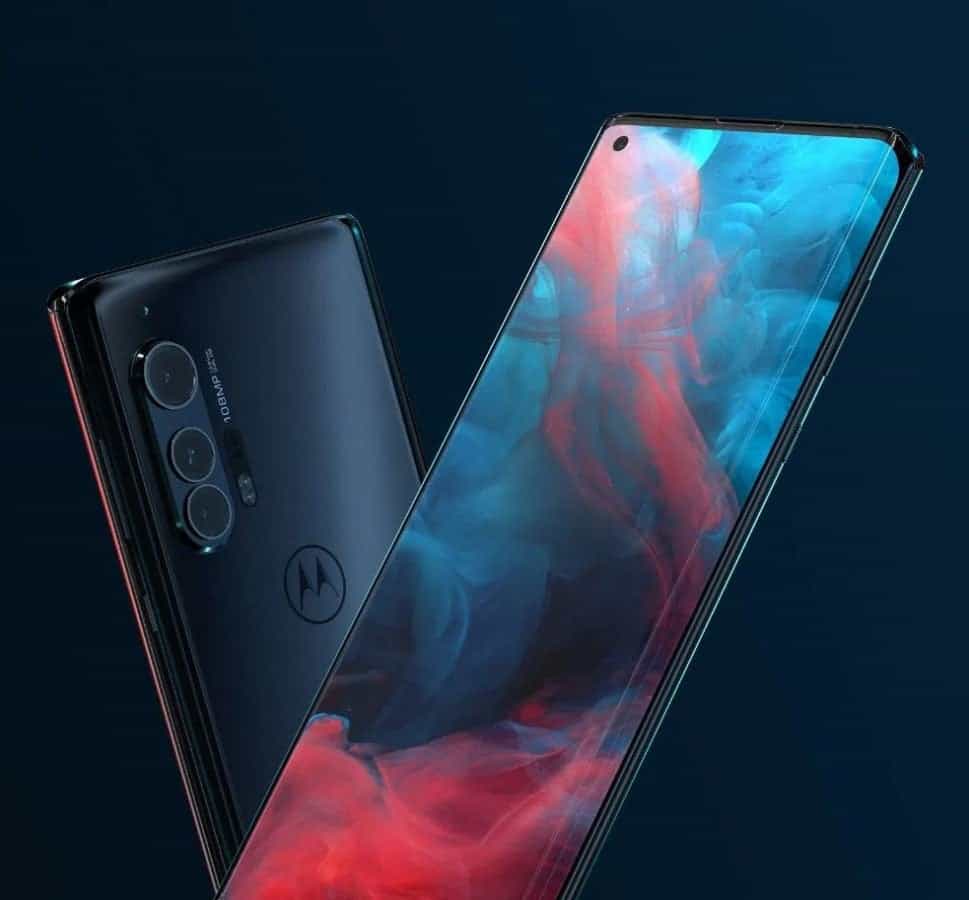 Moreover, it is powered by a 4,500mAh battery with 18W fast charging that lacks wireless charging.

In the United States, it is a Verizon exclusive. The handset retails at €599.

The new LG Velvet adopts a new design style that will represent the company’s identity for now. As the company said, the new style is inspired by nature. Under the hood, the 5G-ready Snapdragon 765G is coupled with an 8GB of RAM and a 128GB of storage. On the front, we can find a massive 6.8-inch OLED display with a waterdrop notch serving as a house for the selfie snapper. Moreover, this display offers FHD+ resolution. 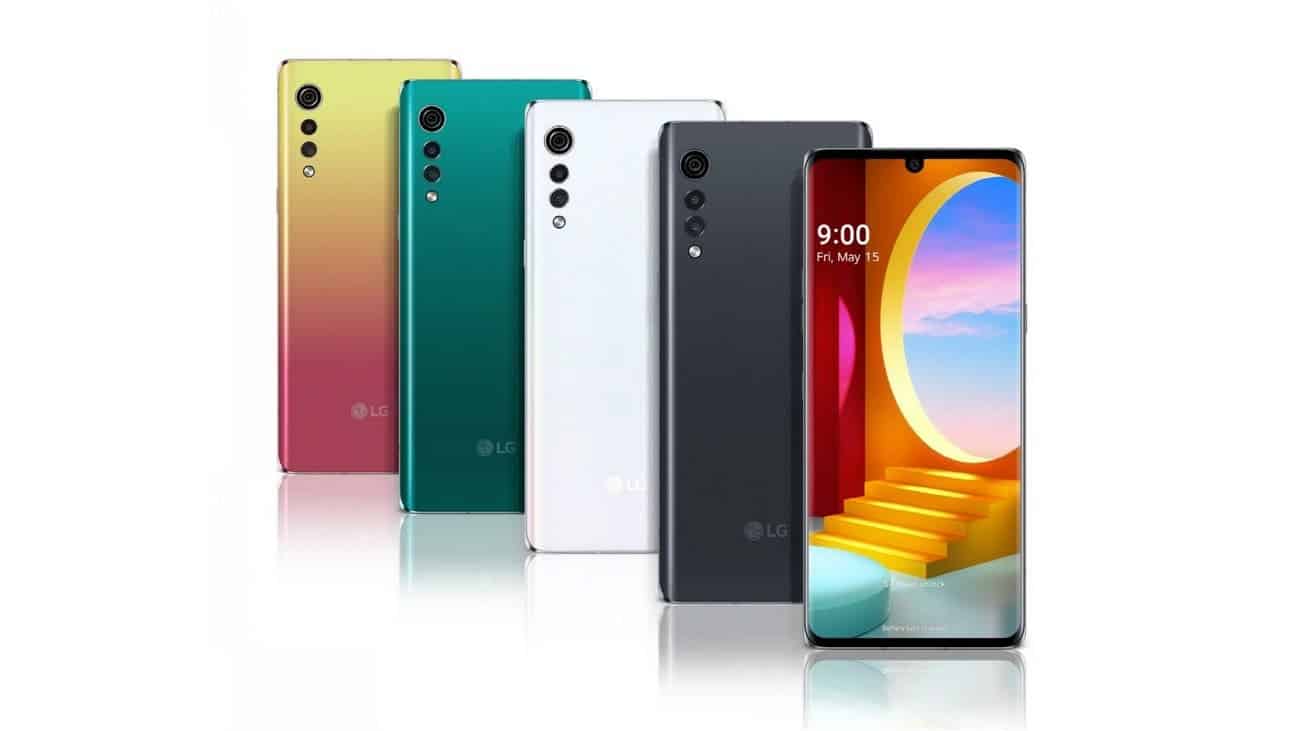 Moving around to the back, we have a triple-camera array featuring a raindrop design. It’s a 48MP main shooter sitting alongside an 8MP ultra-wide shooter and a 5MP sub-camera. There is a 4,300mAh battery, which supports 25W fast-charging and 9W wireless charging. Other features include IP68 certification and MIL-STD-810G compliance.

One of the selling points of the VIVO X50 series is an independent visual area and an oversized CD pattern. The gimbal reset function is based on the basic principle of the main camera module’s image stabilization. The opening of the lens ensures the integrity of the FoV at each rotation position.

The Sony IMX598 sensor of the VIVO X50 series uses a custom CFA, with an f/1.6 large aperture and super night scene 4.0. This makes the picture taken at night clearer and purer.

Apart from the Snapdragon 765G chip, it comes with the first 5G antenna structure – the 3D surround antenna system. This has a faster transmission speed as well as a different high-speed network life.

We can state it’s a premium mid-range smartphone with solid specifications. According to HMD, the Nokia 8 5G connectivity is all about futureproofing. The device supports more 5G bands than even the priciest flagships out there. In other words, the phone is compatible with all of the existing and upcoming 5G networks around the globe.

This phone features a 6.81-inch PureDisplay screen with FullHD+ resolution. Other parameters include HDR with Adaptive display support that adjusts contrast depending on how much light is around you. The device comes with a punch-hole which serves as a house for the 24MP front-facing camera that also carries ZEISS optics. 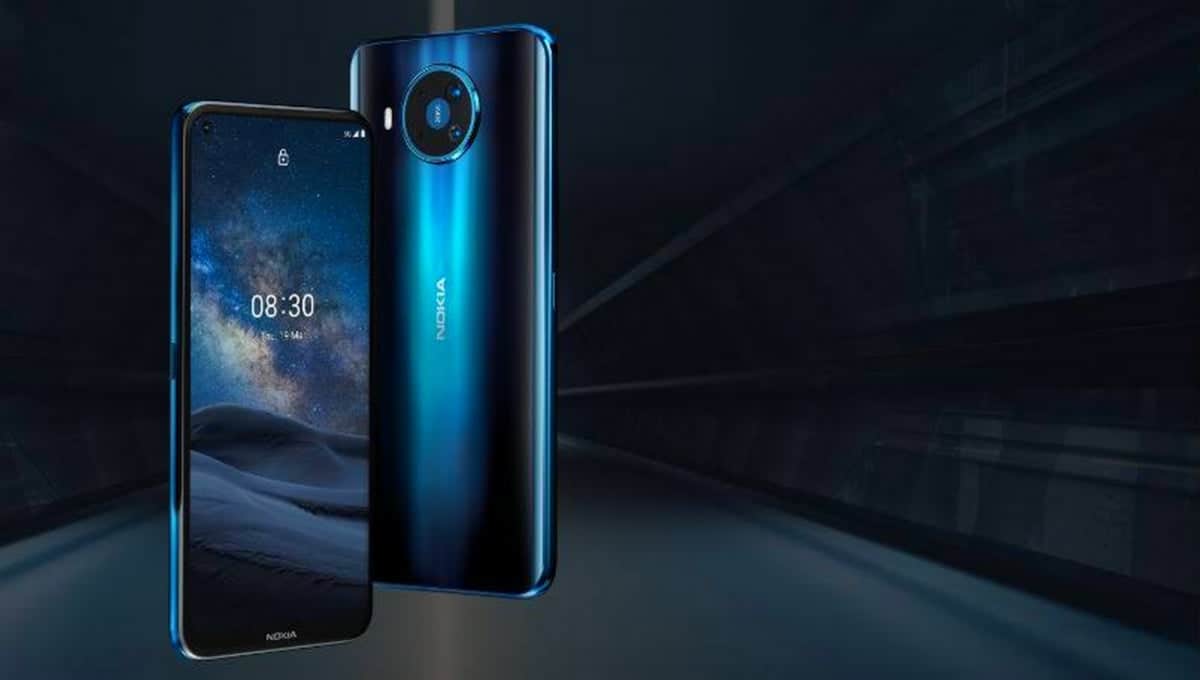 On the opposite side, it has a ZEISS quad-camera with a 64MP main sensor and a 12MP ultra-wide module. The focus here is on video recording and low-light performance.

The device carries the Snapdragon 765G with 6GB or 8GB of RAM and an integrated 5G modem. Moreover, it runs Android 10 straight out of the box. As for endurance, the 4,500mAh battery with an 18W fast-charging provides quite respectable battery life. It is priced at €599.

In terms of specifications, the TCL 10 5G sports a 6.53-inch FHD+ punch-hole screen. It covers 91% of the front panel. The Snapdragon 765G SoC is accompanied by a 6GB + 128GB storage combination. The rest of the features include a rear fingerprint, a 4500mAh battery, a quad-camera on the back with a 64MP main sensor, and a 16MP front-facing camera. The TCL 10 5G costs 399 euros and will be available later this year.

Upcoming smartphones with Snapdragon 765G onboard

If you don’t like any of these, there will be more handsets powered by the Snapdragon 765G. Among them, we can mention the OPPO Reno 4 and its Pro variant.

Motorola Edge 30 Pro will be launched on February 24