On September 24 last year, Xiaomi officially released the Mi MIX Alpha 5G concept phone. Its biggest highlights include a screen ratio of 180.6%, dual card 5G support, 100MP triple-camera, and a price of 19,999 yuan ($2816). It should go on sale in December last year. But so far there has been no listing till today. By the way, at the 2019 Xiaomi Annual Technology Awards event, the Xiaomi MIX Alpha R&D team also won the Group’s Million Dollar Technology Award. 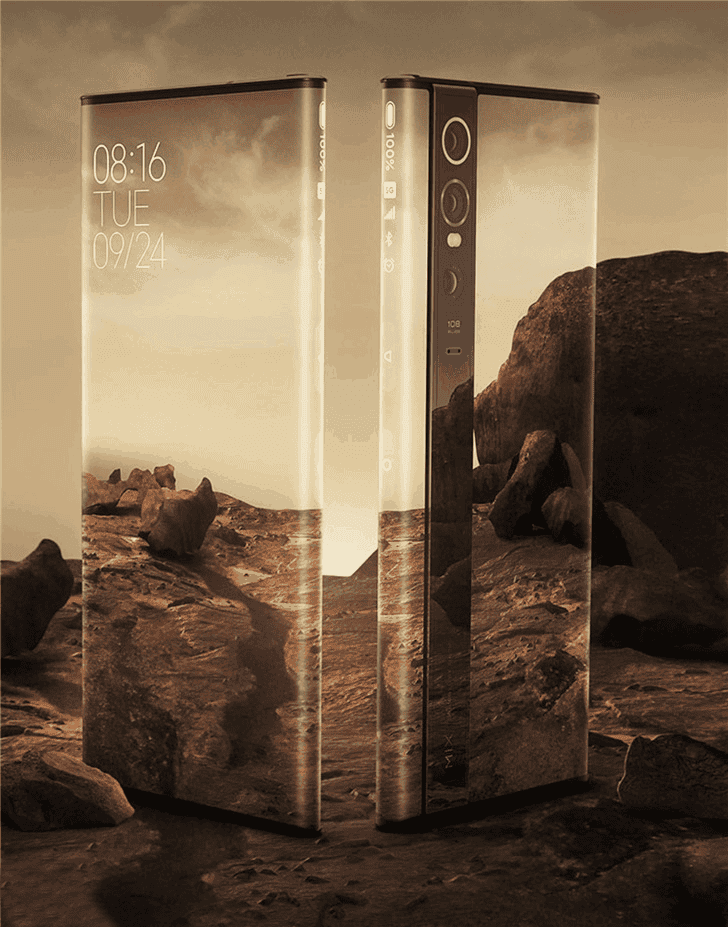 If you remember, the Mi MIX Alpha 5G concept smartphone uses a surround screen design, eliminating the handset, front camera, side buttons, and only 2.15 mm of space is left in the chin and forehead. Its side area can display battery power, system-related information, and notifications. The antennas on both sides are driven by dual display chips. Both support pressure sensitivity, with built-in side linear motors. The whole screen adopts the layered fitting and screw-in assembly technology. At the same time, it comes with innovations such as under-screen fingerprint and ultrasonic distance sensing.

When the Xiaomi Mi MIX Alpha 5G concept phone was announced, we learned it uses a Qualcomm Snapdragon 855 Plus chip. That time, it was the most powerful mobile chip. It also supports the dual-card 5G network. As for memory and storage, the phone sports a 12GB RAM and a UFS 3.0 native storage. By the way, the latter reaches 512GB. Under the hood, the phone also carries a 4050mAh nano silicon battery. The latter supports 40W wired flash charging. There is also a 1.0cc large sound cavity.

Finally, the Xiaomi Mi MIX Alpha 5G concept phone features Samsung’s 108-megapixel ultra-high-definition main camera sensor. The camera’s photosensitive size is 1/1.33 inches and the aperture is F/1.69, the pixel area is 1.6 μm. 12032×9024 pixel images can be exported straight out of the original. The image size can reach 40MB. Of course, it supports four-axis optical image stabilization.