Chinese manufacturing giant, Huawei, has been at the hub of multiple controversies in recent times. Many thanks to the accusations from the U.S. government. At the beginning of last year, the U.S. government slammed the hammer on Huawei. The ban ensures that Huawei will no longer be able to do business with American companies. Many expected Huawei to go on its knees and beg just like ZTE did earlier. Huawei did not crawl to the American government so the ban stayed put. 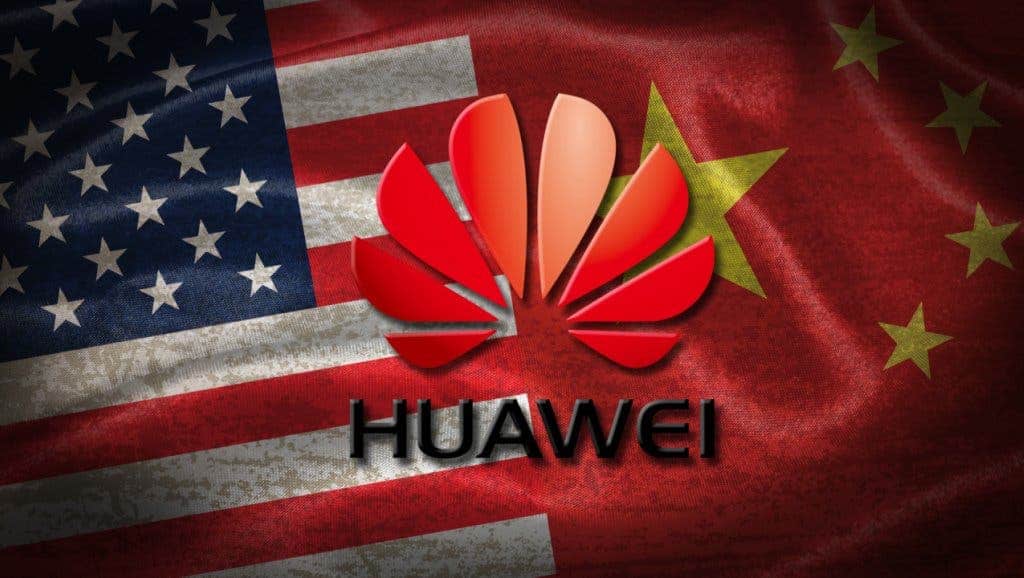 The implication of the ban is that Huawei’s latest smartphones can not use Google Mobile Services. This means that no Gmail, no Google Maps, and many other essential apps. This of course generally crumbles the company’s smartphone business outside China. However, In 2019, Huawei still shipped about 240 million smartphones, a record high for the company.

Not satisfied with the outcome of the ban, the U.S. government recently moved to stiffen the ban. This time, it extends the ban to non-American companies that use American technology. Well, the target for this is TSMC and Huawei Kirin chips. TSMC is the world’s largest and most advanced foundry. Even though it is a Taiwanese company, it uses a lot of American technology. This means that TSMC can not work for the Chinese manufacturer, thereby crumbling Huawei’s Kirin chip. Nevertheless, in a recent report, Huawei has toppled Samsung to become the largest smartphone brand in the world.

Huawei is the 6th most innovative company in the world

Boston Consulting Group (BCG), an American business management consulting company released the list of top 50 most innovative companies globally. Interestingly, the embattled Huawei stands firm at number 6. This places the company in the top ten most innovative companies globally. It is also interesting to note that Huawei gained 42 spots over the past year. This means that its last year rating places it at number 48. Well, the year where the ban is in place and its activities are supposed to crumble seems to be its innovative year. 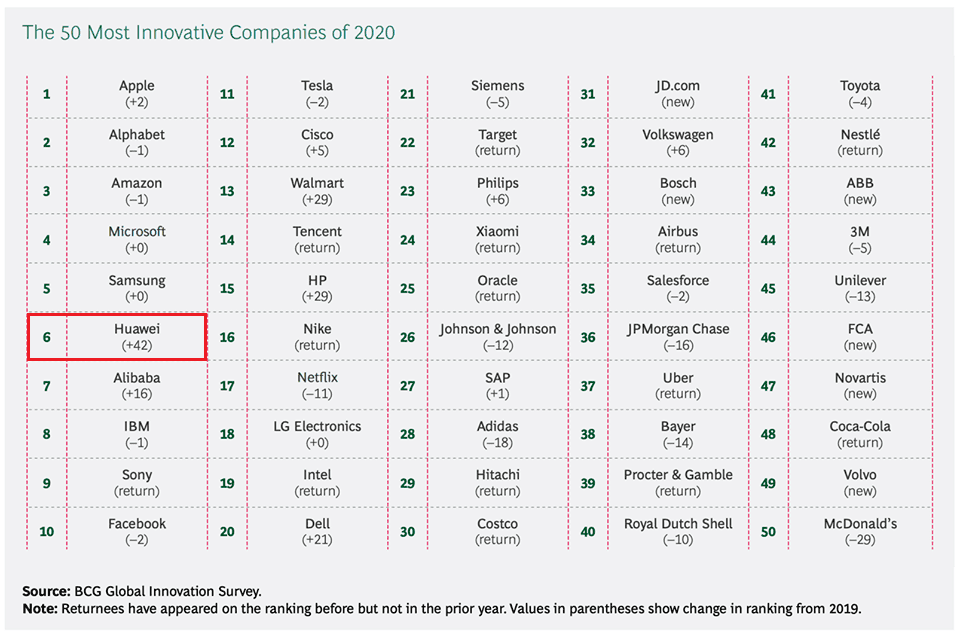 Huawei has since denied the claims by the American government. The Chinese manufacturer believes that the government can not force it to spy on any nation. It reiterates that it is an independent company and will remain so. Obviously, the U.S. does not believe and is convincing all its allies to also ban the company, especially its 5G. While many of the U.S. allies have gone ahead to effect the ban on Huawei’s 5G, others are hanging on the fence.