After several years focusing only in the mid-range segment, Motorola finally unveiled a new flagship this year in the form of Motorola Edge+. The 5G flagship came along with a vanilla Edition dubbed Motorola Edge. Both smartphones featured 90Hz displays and the Edge+ debuted the company’s new design concept marked by a curved OLED display. Now, rumors are suggesting the arrival of a third member for this lineup dubbed Motorola Edge Lite. It would be cheaper than the Motorola Edge, but will also come with 5G connectivity.

After many rumors, Motorola has set up an event on July 7 which will begin at 3 PM CET. Unfortunately, the company didn’t provide any clues as to what that might be about. However, it likely starts with the Edge Lite. After all, the handset has just received FCC certification revealing a 4,700mAh battery and 5G support.

Other than that, the Motorola Edge Lite will pack a 6.7-inch FullHD+ screen with a 90Hz refresh rate. Due to the nature of this smartphone, we won’t have a waterfall curved display this time around. However, it should retain the fingerprint scanner underneath and a punch hole in the top-left corner for the 8MP selfie shooter. Apparently, we’ll have a pill-shaped punch hole as the 8MP shooter might be joined by a 2MP depth sensor. Moving around to the back, the Lite will pack a Quad-Camera array comprising a 48MP primary camera accompanied by 16MP, 8MP, and 5MP modules. As aforementioned, the device features a 4,700mAh that charges via a USB-C port with up to 18W fast-charging. 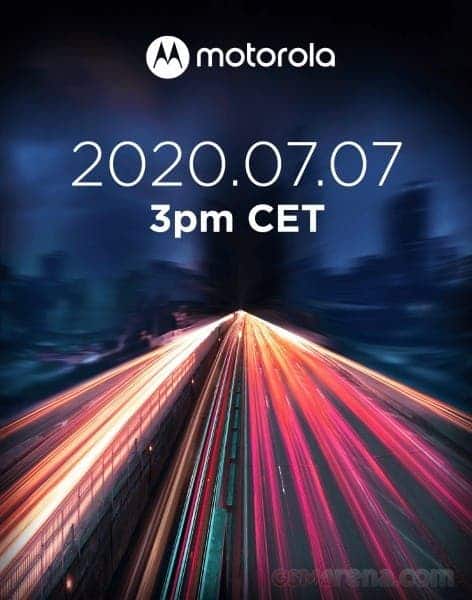 Other features include Android 10 straight out of the box and a dedicated key for Google Assistant. According to rumors, the new smartphone will cost around 399 Euros in Europe. So far this handset seems to share some similarities with the Motorola Edge. Moreover, its price doesn’t seem to be very attractive.

Motorola is yet to confirm the device’s reveal on that event. We expect it to happen through some sort of teaser in the coming days.

Next Samsung Galaxy A01 Core specifications confirmed by Google