At the Huawei P40 series Chinese launch press conference, Yu Chengdong brought Huawei’s super-fast charging gallium nitride dual-port charger. This charger comes with a maximum charging power of 65W. According to reports, Huawei’s super-fast GaN charger uses a dual-port super-fast charging solution. The USB Type-C interface supports the standard PD protocol with a foldable pin design. In all, there is no confirmation that Huawei’s 66W fast charger is for the Huawei Mate 40 series. According to speculations, the Huawei Mate 40 series will use a 1200P+ resolution 90Hz screen. The Pro model will come with a notch design so it can support face recognition. 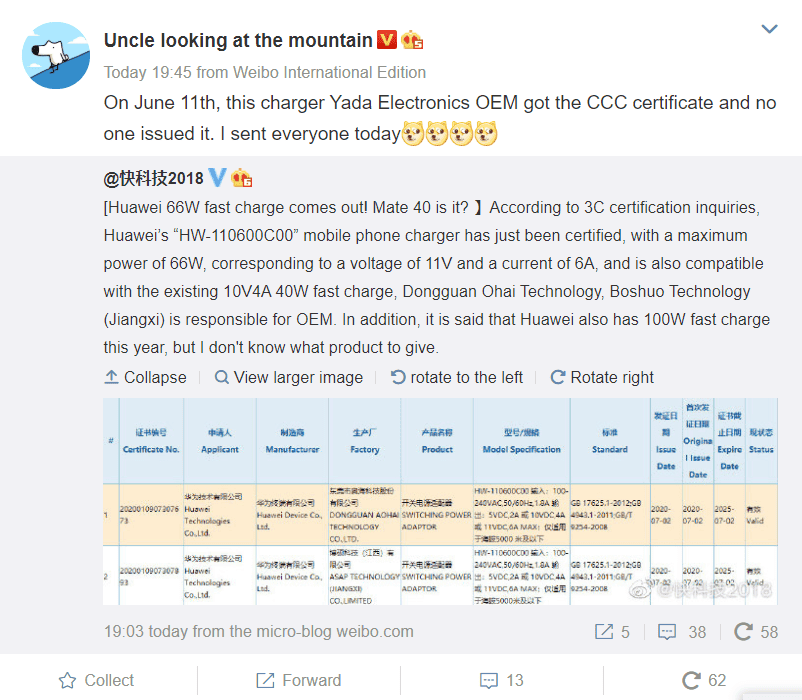 According to recent speculations, the Huawei Mate 40 series will come with a 90Hz display. Although there are two samples (90Hz and 120Hz), Huawei cares so much about its batteries thus it willhttps://www.ithome.com/0/495/980.htm most likely go for a 90Hz display. Furthermore, the Mate 40 series will arrive on schedule. Its 5nm processor will be delivered before mid-September. According to @MobileWaferDarren, Huawei is going to need a lot of chips before the end of the year. The company will need 5nm, 7nm, 16nm, and 28nm  mobile chips. It will also need a TWS headset Bluetooth chip developed by HiSilicon. All these chips in their numbers will be available before mid-September.