Yesterday, BiliBili released a video showing how they conducted a test for the Huawei desktop computer. As you should know, it is going to be the first product of Huawei for this category. And it will come with the Kunpeng 920 motherboard. During the test, they evaluated its video rendering, 4K playback, and other capabilities. 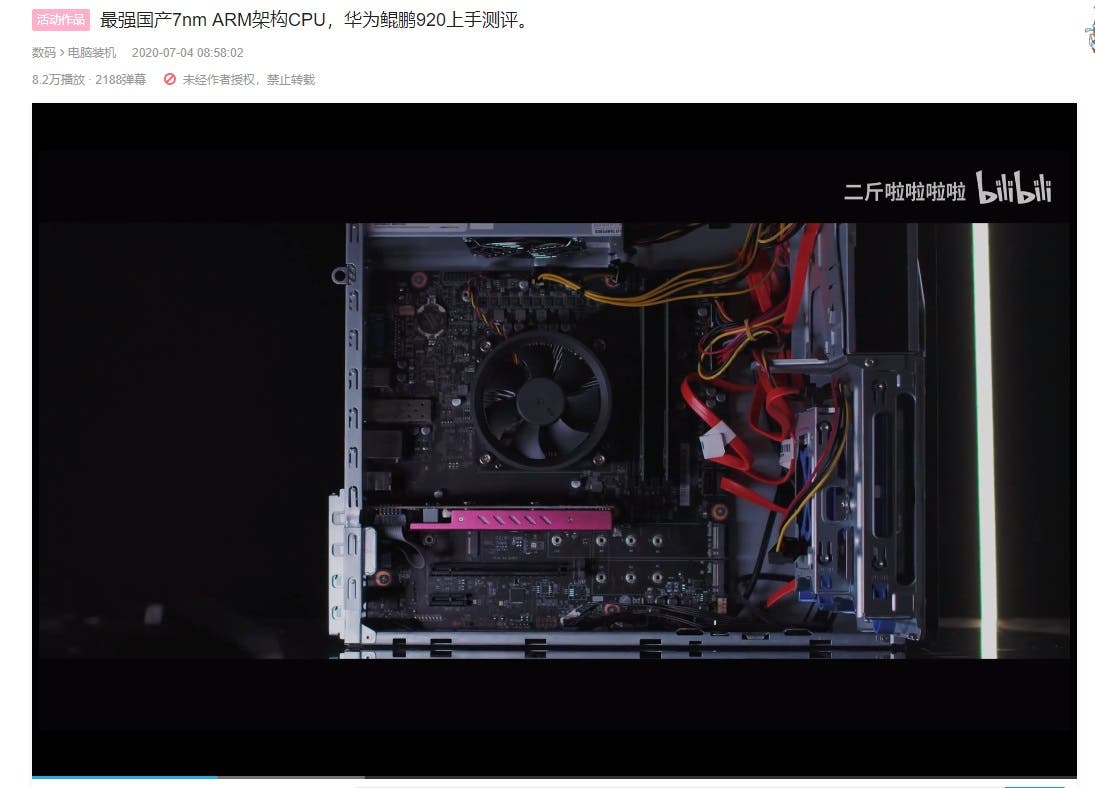 Subsequently, they conducted a performance test. The Blender BWM test score was 11 minutes and 47 seconds. There was no lag when playing the video. It was smooth to play 4K video on the streaming platform. But there was a lag when playing local 4K video.

Also, in the comment section below the video, a user who called himself a Kunpeng developer said that the CPU of the main machine is not the Kunpeng 920. He added that this is the Lite version of the CPU. He noticed this from the performance, which is reduced compared to the standard version. In terms of performance, he said that the Kunpeng 920 was originally designed as a server. So it is not suitable for ordinary consumers in some aspects.

Prior to this, the Huawei Desktop computer appeared on the 3DMark database. We could specify the processor inside the case. It is the Ryzen APU Renoir from AMD. To be precise, it is a Ryzen 5 PRO 4400G. This is the commercial version of the aforementioned chip, which comes with 6 cores 12 threads. The main frequency varies between 3.7GHz and 4.3GHz. Also, it integrates the Vega 7 GPU, which has a frequency of 1800MHz. Moreover, the thermal design power consumption is 65W.

Previous Huawei and Honor are about to launch gaming laptops