A recent report shows that Huawei Technologies Co., Ltd. applied for a large number of trademarks related to “HarmonyOS” on June 19. The trademarks include HUAWEI HarmonyOS, HarmonyOS Connected, and HarmonyOS Linked. In August 2019, at the 2019 Huawei Developer Conference, Yu Chengdong, CEO of Huawei Consumer Business and Executive Director of Huawei Technologies Co., Ltd., officially released its own operating system, HongMeng. The English name for this operating system is HarmonyOS. 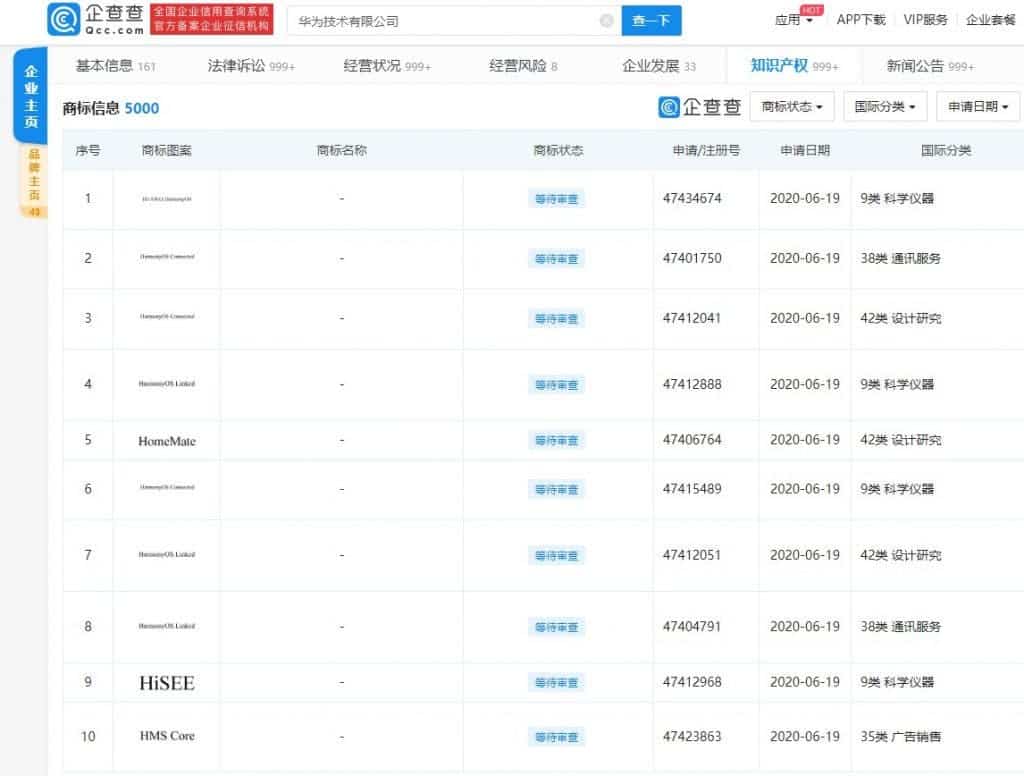 After the ban on Huawei by the US, the Chinese manufacturer started looking for alternatives. For most sectors, the company has viable alternatives. However, replacing Google’s Android (specifically Google Mobile Services) seems to be the most difficult. Huawei subsequently launched its own operating system which we know as Harmony OS or HongMeng OS. Technically, there is no assurance that this system will feature on Huawei phones and tablets. However, the Harmony OS and HMS Ecology is now a priority development direction.

According to TechSina, at the Winter Davos Forum, Huawei founder, Ren Zhengfei, said that the HongMeng system is very active. In addition, he stated that this system will feature in Huawei phones, tablets, TVs, and other products in the future.

Regarding HongMeng, Wang Chenglu, president of Huawei’s consumer business software department, once said that Huawei’s mobile phones will still prefer Android. However, it will use the Harmony OS if there is a need for it to do so. In addition, the HongMeng system is also in the process of continuous improvement and development.

In addition, Joy Tan, Huawei’s senior vice president of public affairs, said in an interview that HongMeng OS code has fewer lines and higher security. According to Counterpoint, HongMeng operating system will exceed Linux by the end of 2020. It will become the fifth most popular intelligent digital terminal operating system.

In all, Huawei is still trying to cope with the effects of the U.S. ban. As of now, there is no public settlement on the table. It appears that this “battle” between Huawei and the American government will last much longer.

Next Meizu 17 series update (Flyme 8.1.2.2A) brings a long list of improvements