TSMC is a front-runner when it comes to silicon fabrication. The Taiwanese semiconductor maker is said to spear-head the upgraded 2nm process based on GAA-FET. The latest report is that it is expected to enter mass production by 2023. TSMC is already leading the industry with SoC based on 5nm and 3nm process.

Reports from Taiwan indicate that TSMC will choose GAA-FET and ditch the older Fin-FET process. The reason for this shift is said to be the potential bottlenecks that the older Fin-FET will have over the 3nm process.

While TSMC hasn’t commented on this officially yet, Economic Daily reports that it will be announced. TSMC will make this official in the next annual technical forum, as per the report.

For starters, the 2nm is a term used to denote the distance between each transistor on a chip. The smaller distance will result in efficient power consumption. If reports are true, TSMC will be unstoppable by 2023 to 2024 as it begins the 2nm production.

Talking about GAA-FET and Fin-FET, they denote the Gate-all-around and Fin Field-effect Transistor models. GAA-FET aka SGT has a design similar to the Fin-FET but it has the Gate material surrounding channel all sides. 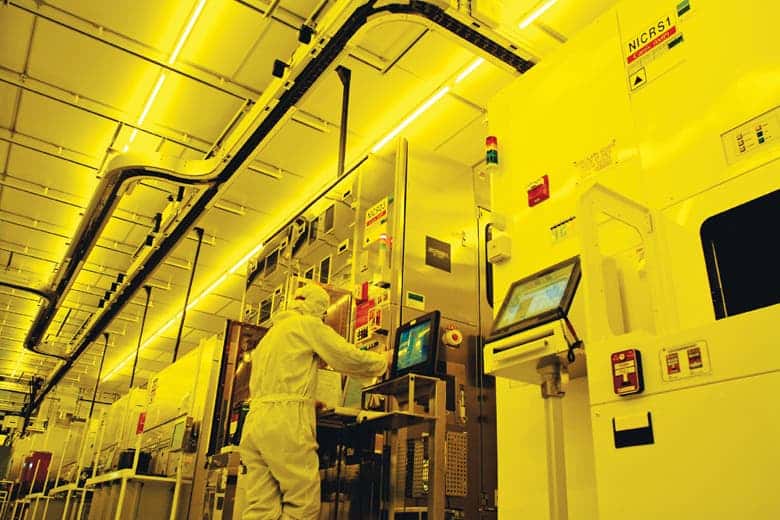 Leading the way for Silicon development

If we recall, the company officially announced the world’s first R&D centres at Hsinchu, Taiwan for 2nm process last year. According to the earlier reports, the company has already begun the mass production of 5nm, while the upgraded 3nm technology will take a year or two more.

TSMC’s first 5nm for Qualcomm will be the Snapdragon 875 SoC and it has already entered the mass production recently. The SoC is said to have a breakthrough in cores with a 1+3+4 combo where the single-core will be ARM’s Super-core Cortex X1 giving a boost of 30% over the A77.

TSMC’s rival, Samsung on the other hand, has announced that it will also use the GAA-FET and skip the 4nm and develop the 3nm process in a bid cope up with TSMC. That being said, TSMC’s 2nm advancement is definitely not good news for Samsung news who is already struggling to achieve a 3nm process.

Previous Apple Paid A Penalty Of $950 Million To Samsung, Here Is The Reason