Just a couple of minutes back, I saw a notification of a tweet from Elon Musk. I was shocked to see the tweets, I was like what is going on? Is he really nuts and asking people for money? Later, I got to know not only Elon Musk but the twitter accounts of public figures like Joe Biden, Barack Obama, Bill Gates, and many others were also hacked.

Former President Barack Obama, Kanye West, Warren Buffett, Jeff Bezos, Mike Bloomberg, Apple, and Elon Musk tweeted a “for the community” post. They asked for $1000 and in return they said will give a double amount of $2000. 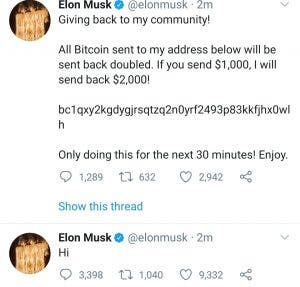 I was just about to sleep when I got the notification from Elon Musk. His first tweet was a one-word “Hi”. I have been following him for a time now and I know he occasionally posts something like that. I didn’t feel anything odd. Later, another twitter came up instantly. Now, this looked so un-Elon. 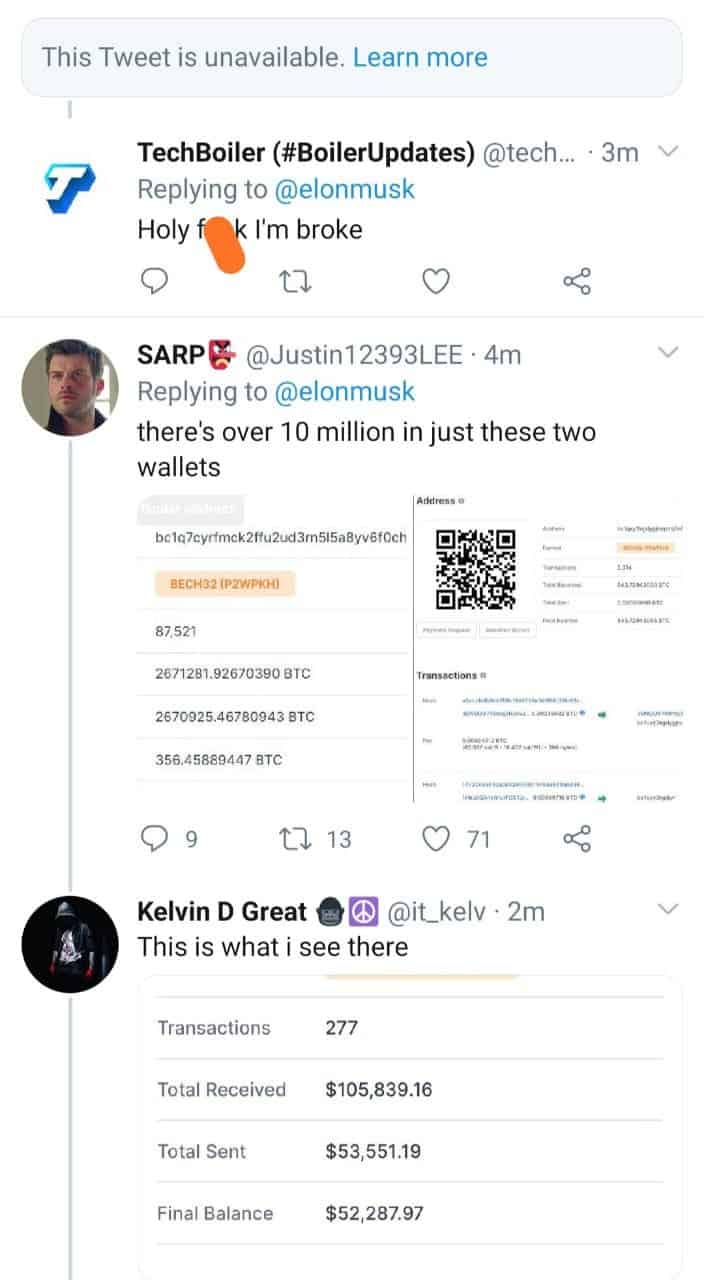 Thankfully before the tweet was deleted, I took multiple screenshots including the tweets and the replies. The tweets actually remained for a couple of minutes, and it was enough time that I can see tweets where people have already send the money to the hacker.

The tweet said “Everyone is asking me to give back, and now is the time. Promising to double all payments to a Bitcoin address for the next 30 minutes.” “All bitcoins send to my address below will be sent back doubled. If you send $1,000, I will send back $2,000.” The tweet is similar to all other profiles as well.

Who Is To Be Blamed?

Well, unfortunately, people fall for that. According to CNN Business, a bitcoin account that appeared in some of them showed more than 320 transactions and received more than $113,000. A spokesman further told CNN Business “We can confirm that this tweet was not sent by Bill Gates,” a spokesperson for Gates. “This appears to be part of a larger issue that Twitter is facing. Twitter is aware and working to restore the account.”

Read Also:  Twitter will try to force Elon Musk to buy the company through the court

The accounts were having 2-factor authentication enabled. According to reports, the hacked tweet was from Twitter Web. This is not the first time that Twitter has been hacked, there have been cases earlier. Last year, Twitter CEO Jack Dorsey’s hacked was hacked. I saw comments in which people gave money to the hacker, and said this is my saving. Well, the question is who is to be blamed for this?