When does Android 11 come for the Galaxy S20+? Samsung still owes us an exact time for the release. But, the manufacturer is apparently now testing the new version of Google’s operating system.

Samsung has started testing Android 11 on the Galaxy S20+

In the Geekbench database, Samsung Galaxy S20+ smartphone has recently been found with Android 11. May we all look forward to the update soon? Certainly not. Because first, the manufacturer will release a beta version – and this should also be a few months away from a release.

On the predecessor of the Galaxy S20, Samsung tested Android 10 almost exactly a year ago. The first stable version was then released at the end of November 2019. You can expect a similarly long waiting time this year. Samsung recently distributed major Android updates somewhat more quickly than in previous years. But an Android 11 release before November 2020 would be a big surprise. 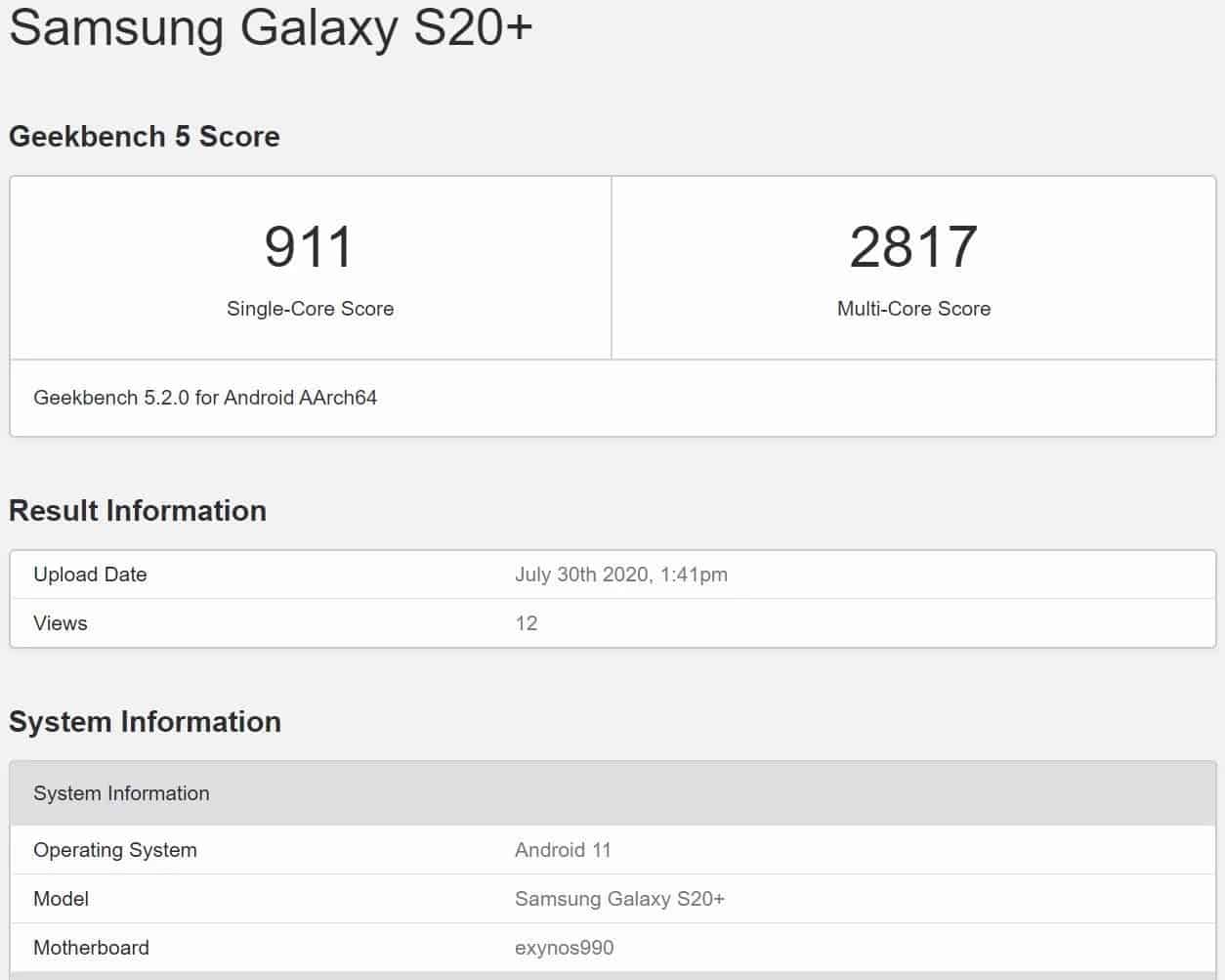 There is also little doubt that the manufacturer will work on the S20 series first. Shortly afterward, the update should reach the models of the Note 20 series. By the way, these are about to be unveiled. On August 5, Samsung will present the new S-Pen smartphones.

Together with the Galaxy Note 20, Samsung should also present a new version of its user interface. One UI 2.5 will probably be pre-installed on the upcoming devices. And shortly after their market launch will also reach Galaxy S20, S20 + and S20 Ultra. When exactly the update to One UI 2.5 will appear is currently unclear. We may know more on August 5th.

The Samsung Galaxy S20 will probably get Android 11 together with One UI 3.0. If you don’t want to wait until the end of the year, you can probably test the package a few weeks in advance. The prerequisite for this will most likely be a registration for the corresponding beta program.

Samsung has started working on One UI 3.0 based on Android 11

Samsung Electronics will most likely begin public testing of Android 11 on its smartphones before Google releases the first stable version for its Pixel-branded smartphones.

This was reported by SamMobile website after a member of the community of XDA Developers noticed references to Android 11 in the latest Galaxy S20 Ultra firmware on the official website for tracking Samsung firmware and suggested that early development had already begun.

Android 11 for Samsung Galaxy smartphones will be accompanied by a new proprietary One UI 3.0 interface. Before the release of One UI 3.0, the Korean manufacturer will still have time to release a major functional update to One UI 2.5.