Xiaomi celebrates its tenth anniversary in 2020. In order to celebrate this big achievement, the company unveiled a slew of new products. The Mi 10 Ultra was revealed and it easily took the crown of Xiaomi’s most exciting device of 2020. The flagship smartphone reached the market with some exciting features which include the 120W wired fast-charging support, a periscope lens, and even more. Xiaomi wants to keep all the eyes on its brand new product. Now, the company has published an official teardown video that gives us a glimpse of the Mi 10 Ultra internals.

Unfortunately, the Mi 10 Ultra will not leave China officially. For that reason, we’ll hardly see any teardown video on Global platforms like YouTube. Except for some enthusiasts, of course. Therefore, the company’s official video is the best way to look at the internals that composes this powerful exciting smartphone. 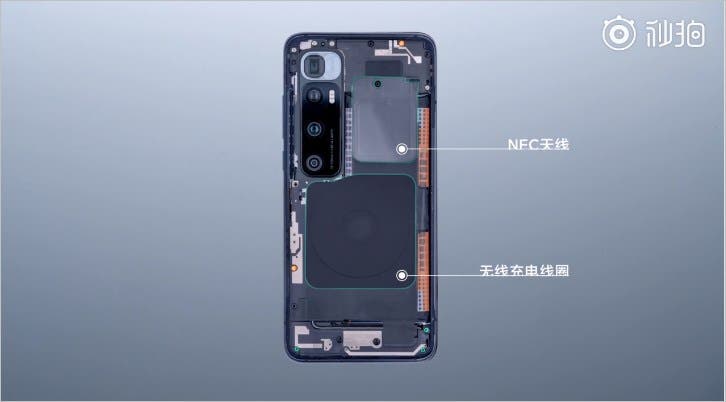 Don’t expect a massive long video with in-depth details though. It’s a short video with duration of two minutes. However, that is enough to showcase all the details there is to see. The first and most notable component that steals our attention is the NFC chip which is revealed when the back panel is removed. Moreover, we can also see the coil for the 50W wireless charging. We have to say that the 120W wired charging is exciting, but it’s equally amazing to see a wireless charging system that crosses 50W rates.

The video takes a ride on all the hype created by the blazing-fast charging solution. Xiaomi states that this phone’s wireless charging system can top the battery from flat zero to 100% in just 4 minutes. The charging speed is even more astonishing when we talk about the 120W charging speeds. The 4,500mAh battery can be fully charged from flat to 100% in just 23 minutes.

The video also shows the rear camera setup which is composed by a main 48MP camera from Sony (IMX586). It also shows the periscope module which bends light through a prism and delivers it to the main sensor. 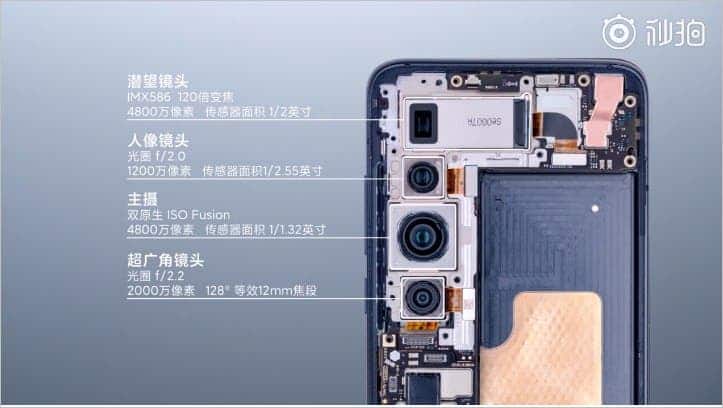 The video also shows the three cooling solutions adopted by Xiaomi on the Mi 10 Ultra. It includes the graphene-copper sandwich for the chipset, RAM, storage, and modem. Moreover, there is an additional graphene sheet combined with a copper cooling chamber with vapor underneath the front panel. Last but not least, we have a highly-conductive film. It sits between the optical fingerprint scanner and the OLED. It effectively helps to dissolve the heat across the panel.

Last but not least, the video reveals a X-axis vibration motor that sits below the battery as well as the dual stereo speaker system.