In recent years, Xiaomi phones not only have become better in terms of performance but they have become more beautiful.

From ‘no design is the best design’ to hyperboloid, from the quad-curved surface to full-screen, from austenitic 304 stainless steel to ceramic and transparent, Xiaomi phones have gradually adopted a mature design style.

Today, Xiaomi officially issued a document detailing the road of technological exploration of Xiaomi phones. The newly released Mi 10 Ultra has three color combinations: ceramic black, bright silver, and transparent. In fact, it is also the most refined summary of the ten-year technology of Xiaomi phones.

From the Mi 1 to the Mi 10, each generation is constantly optimizing the grip. For the optimization of hand feel, Xiaomi has never stopped. On Xiaomi phones, roundness and elegance have always been the main points throughout the design.

The first generation of Mi phones did not deliberately pursue an unforgettable design style but had a popular design with excellent hand-feeling. The width of the body was only 63mm, and the back can be comfortably fitted to the palm. The Mi 2 adopts a narrower frame design on the basis of the previous generation. And the width of the whole machine reached 62mm, making it easier to hold. 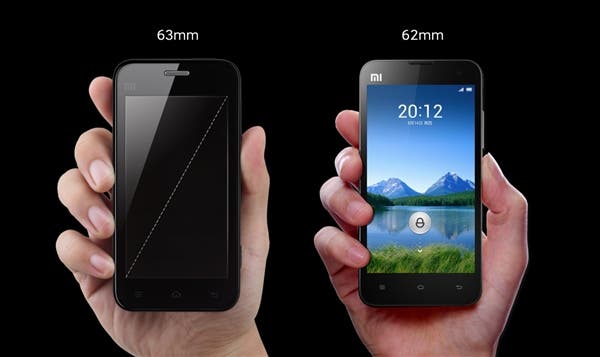 Starting with the Xiaomi Mi Note, Xiaomi phones have introduced a 3D glass body design. The hyperboloid shape not only reduces the visual thickness but also makes the edge grip more comfortable. The Mi 5 has been further upgraded on the basis of the Mi Note. The waistline of the fuselage has been reshaped. The edge curvature became larger. The two materials of glass and metal are transitioned on a curve, which is smoother and fits the palm. 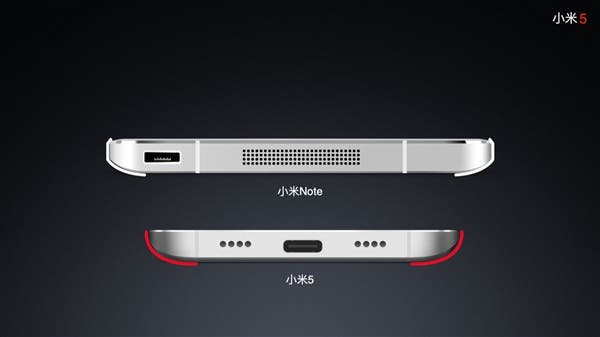 The subsequent release of the Mi 6 has evolved again on the basis of the hyperboloid design and upgraded to a four-curved body. This design has been continued on the Xiaomi Mi 8. 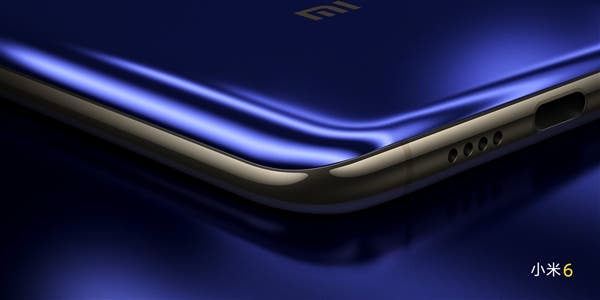 With the further increase of the screen size of smartphones, they brought a wider field of view. But at the same time, it also brings greater challenges to the comfort of holding. In this sense, the Mi 9 came with more design optimizations, completely reshaping the curve of the back. It was forming a surface composed entirely of curves through a round continuous curve.

Through the transition of curves on all sides to optimize the grip, the full-curved body design has been also continued on the Mi 10 Ultra. Due to the flexible curved screen, the entire phone has a rounded touch like a cobblestone.

From metal to glass, from glass to ceramic

The body material used in smartphones has roughly undergone three generations of changes in polycarbonate, metal, and glass. 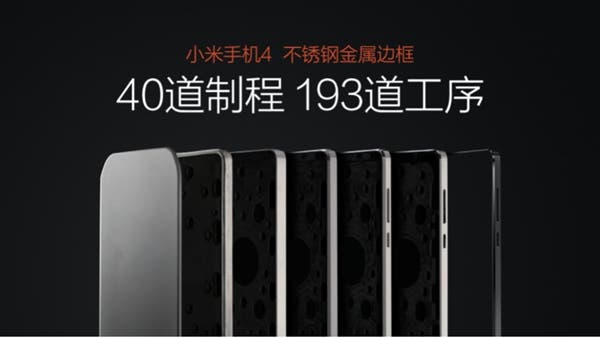 For the first time, the Xiaomi Mi 4 introduced metal elements into the body design, using austenitic 304 stainless steel that is extremely difficult to process. After dozens of processes such as stamping, forging forming, CNC precision processing, glaze sandblasting, PVD coloring, etc., after 32 hours of processing, the 309g steel plate is finally condensed into a 19g stainless steel middle frame. 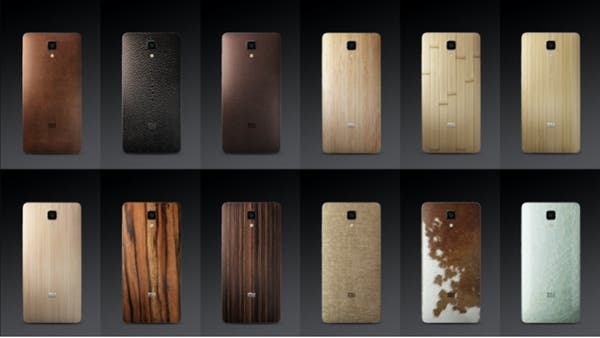 For the back cover, the Xiaomi Mi 4 also used a grating pattern design, 9-layer processing, and transfer technology within the film. At the same time, a variety of materials such as bamboo, leather, stone grain, and others can replace the back cover. 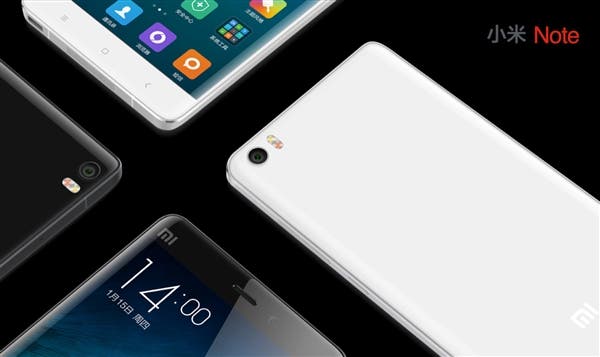 The later Mi Note used a combination of front and rear curved glass + aluminum alloy frame. The back used a 3D curved glass. This is engraved by CNC machine tools, polished for six times, preheated in four passes, and then shaped by three passes of high-temperature hot pressing above 700°C to form an elegant back curve of the fuselage.

At that time, the industry also generally adopted a three-section metal body design. In the selection and application of the material of the whole machine, Xiaomi have become the industry’s leading company. Until now, metal frame + glass back cover is still the mainstream solution for smartphone appearance.

The Mi 5 Premium Edition introduced ceramic materials into the body design for the first time. 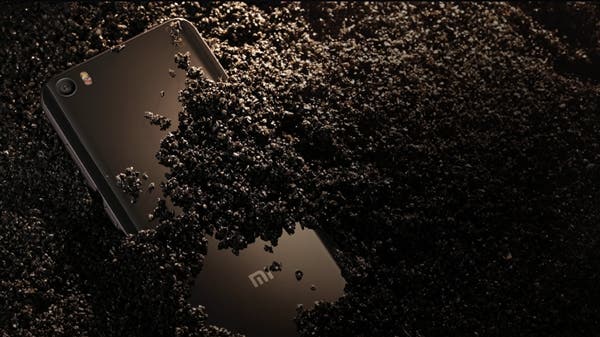 After calcination at a high temperature of 1500°C, the Mi 5 microcrystalline ceramic body has a hardness of 8 Mohs. This is second to sapphire, but its toughness is twice that of sapphire, effectively reducing the probability of smartphone scratches and falls. The density of ceramics is twice that of glass, but 1/3 thinner than glass. In order to have a slim body and weigh less, the Xiaomi Mi 5 Premium Edition used a more complicated process, compressing the ceramic back cover to 0.35mm, and the weight was only 10g.

Ceramic preparation is difficult and expensive. At that time, the yield rate of the ceramic exclusive version was very low. Since then, Xiaomi phones have begun to continuously explore ceramic craftsmanship. And ceramics have become a unique identity tag for Xiaomi phones.

The amazing thing about the Mi MIX is not only the new form of full screen but also the all-ceramic body design – the back, middle frame, and buttons are all made of ceramic. Because the ceramic texture is hard, the frame and the back cover are difficult to connect. The Xiaomi Mi MIX draws inspiration from the traditional Chinese structure technology, and innovatively adopts the non-adhesive tenon-and-mortise snap-on connection technology. 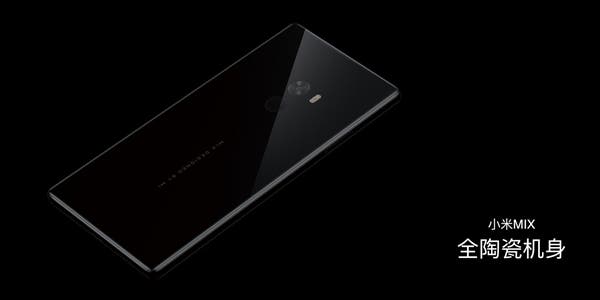 The ceramic craftsmanship of the Mi MIX 2 Full Ceramic Exclusive Edition goes further and evolved into a full ceramic unibody. Each unibody all-ceramic back cover was stamped and formed by 240 tons of 2-storey equipment, and then subjected to high temperature sintering at 1400°C, CNC carving with a precision of 0.01 mm, and 10 hours of precision polishing for a total of 7 days of repeated tempering. It is unimaginable difficult and expensive.

However, compared with the increasingly colorful designs of traditional materials such as glass and metal, ceramic materials were relatively single in color selection at that time. So you could find only black or white variants. Xiaomi and Dunhuang Research Institute jointly developed the ceramic jade color and launched the Xiaomi Mi MIX 2S Jade Art Version. With this, they began a new era in ceramic smartphones. 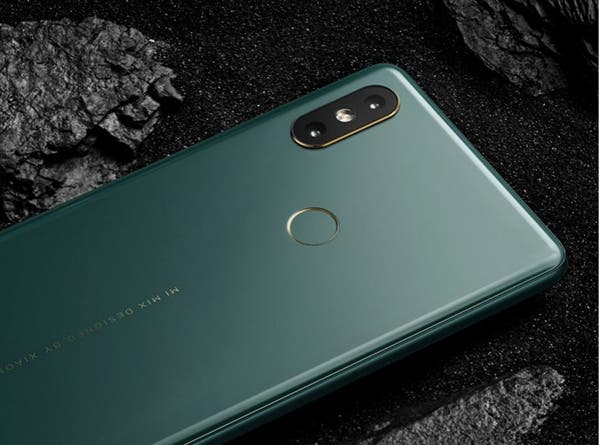 It is very difficult to color ceramic materials. And the coloring process used for traditional materials such as glass and metal cannot meet the coloring requirements of ceramics. The Mi MIX 2S Jade Art Edition changed the conventional method of surface coloring. Instead, it used nano-zirconia raw materials to inject ceramic pigments. Through continuous color testing, adjustment of the color ratio and sintering temperature and other variables, the final color was pure.

Subsequently, the ceramic body gradually became the choice of flagship phones. The Mi 10 Ultra Ceramic Black color variant uses a 200nm ceramic coating to bring a ceramic-like texture. It not only has the warm and moist feel of ceramic material but also avoids the increase in weight. The appearance is elegant, and it brings a high-end business sense.

A tribute to the exploration and design of the future

Xiaomi phones have launched several specially designed versions. Some of them represent the advanced and extreme craftsmanship at the time, and some represent the continuous exploration of unknown areas.

The four-curved glass of the Mi 6 Bright Silver Discovery Edition has been hot-pressed, polished, and vacuum colored in a total of 40 processes that took 12 days to polish. Finally, the four-curved glass has a mirror-like texture and was integrated with the metallic luster of the stainless steel metal frame. 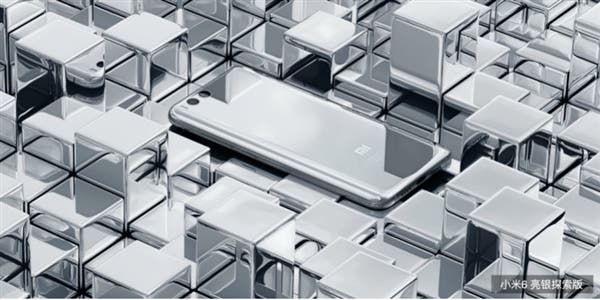 The transparent version also has a very representative classic design in Xiaomi phones. The Xiaomi Mi 8 Explorer Edition was the first with a transparent design. And it clearly revealed the precise design inside the phone through the transparent glass. At the same time, the power button and the dual-camera module decorative ring were red. 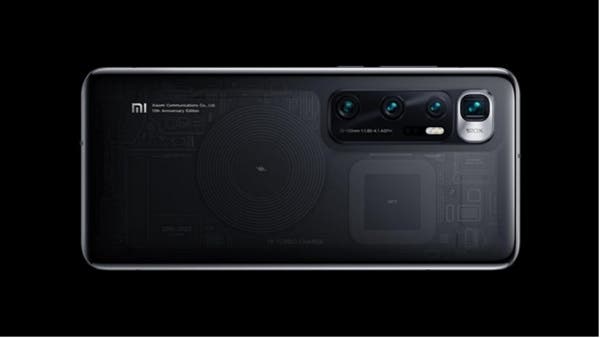 Dare to show inner beauty is an expression of strength and self-confidence. As a commemorative edition, the Mi 10 Ultra just couldn’t miss a transparent version. The transparent version combines the decorative patterns with the internal components of the smartphone and treats the internal design of the phone according to strict appearance standards. With the deep gradient glass, it combines mechanical art and technology into one. 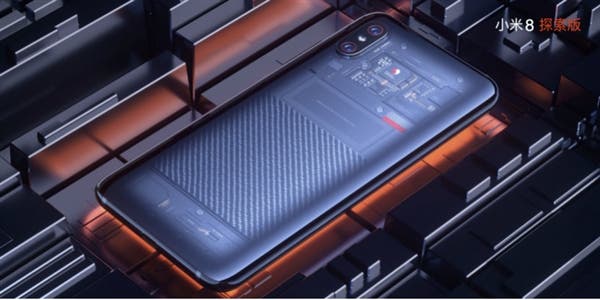 Next Realme X7 Pro surfaces on GeekBench with Dimensity 1000+ chipset