Several months ago, Samsung unveiled the Galaxy M11 as a low-end handset for the M series. The device has been available in India and select markets but now is finally making way to Europe. Well, at least for customers based in the Netherlands. Coming to detailed specifications, the smartphone packs a 6.4-inch IPS Infinity-O HD+ (720 x 1560 pixels) display. The phone is powered by the Qualcomm Snapdragon 450 SoC. It’s a 14nm-based chipset with eight Cortex-A53 cores. It was the best chipset available in the SD4xx family before the Snapdragon 460 arrival. In Europe, this phone is paired with 3GB of RAM and 32GB of onboard storage. However, you can easily expand that memory amount with a microSD card up to 256GB.

Moving around to the back, we have a plastic build and a Triple-camera setup. It’s an unimpressive camera combo lead by a 13MP shooter. It gets help from a 5MP ultrawide and a 2MP depth module. Inside of the punch-hole cutout, we have an 8MP snapper which should be enough for modest selfies and video chats. Despite its low-end nature, the handset also brings a rear-mounted fingerprint scanner for biometric authentication. 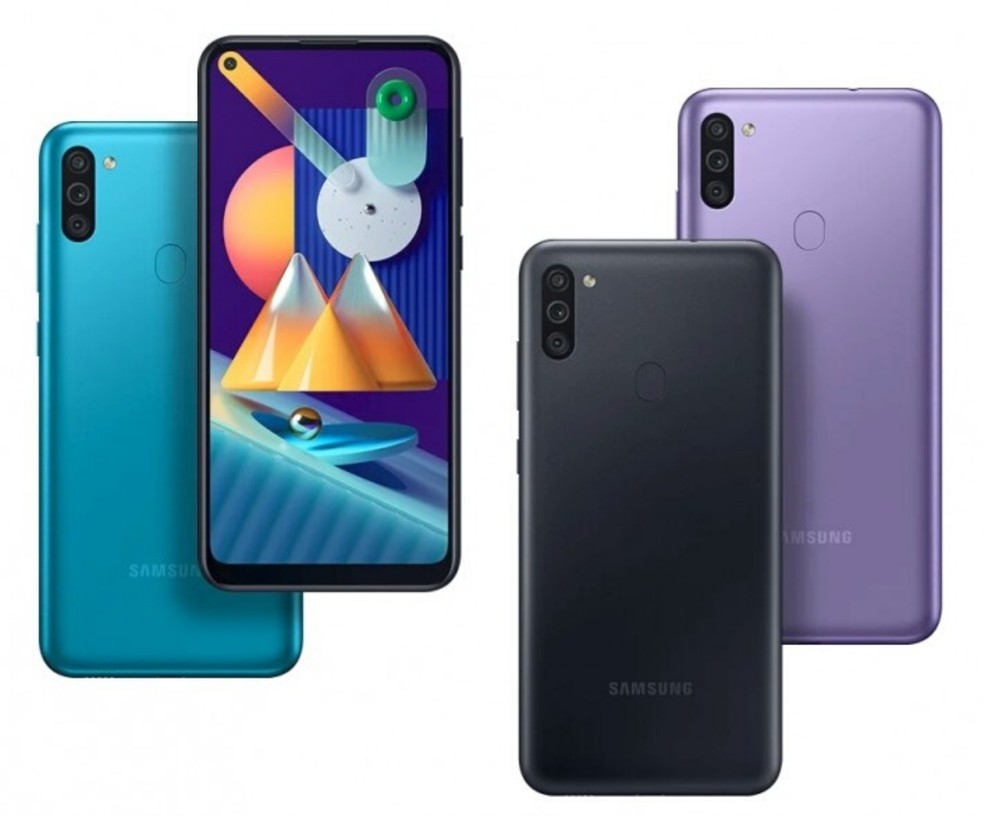 The Galaxy M11 draws power from a huge 5,000mAh battery. The good point is that this phone indeed comes with a USB-C port, something that is absent in a plethora of cost-effective devices. The port provides up to 15 Watts of charging for the battery. We know that it will not quickly charge this massive battery, but still faster than what a pre-historic micro USB port would provide.

The phone unsurprisingly comes with Android 10 and One UI 2.1 running atop. In the Netherlands, it costs just €159 and is available in Black and Blue colors. The device may be limited in availability right now, but this particular launch lights the road for other European countries. Of course, the price will be slightly different depending on the market.

Does it worth it at this pricing point?

Of course, you may find better options at this pricing point. Still, the M11 is the South-Korean company’s effort to bring some of its modern smartphone features to the low-end segment. After all, it brings a punch-hole design and multiple cameras. The battery is another selling point, but if you want more juice the Galaxy M51 does stand as a better offering. After all, it ships with a massive 7,000mAh battery.

Next Google Photos updated with new editor and suggestions feature