While nowadays is all about high refresh rate, big AMOLED display panel, there used to be a time where just a presence of a physical keyboard was a deal-breaker for many. Even when the touchscreen display was around, smartphones with a physical keyboard managed to perform well in sale wise. This was largely due to all the hassles that arrive with a small size touchscreen panel. Of course, this was when the touchscreen plan was trying to fit in. F(x)tec which is a London-based company has now partnered with XDA to launch its Pro1-X smartphone. What’s so special about the new smartphone? Well, it brings back the physical Qwerty keyboard.

Unlike the predecessor, Pro1-X doesn’t run on Android!

You might not have heard of F(x)tec but this is not their first smartphone. In fact, the company launched its first smartphone dubbed Pro1 last year. F(x)tec Pro1 also comes with a physical keyboard for all the QWERTY fans out there. The original device makes use of the Android operating system. Well, that’s not the case with the all-new Pro1-X. Instead of Android, the company has now gone with LineageOS and Ubuntu Touch OS making it the first consumer phone to do so. 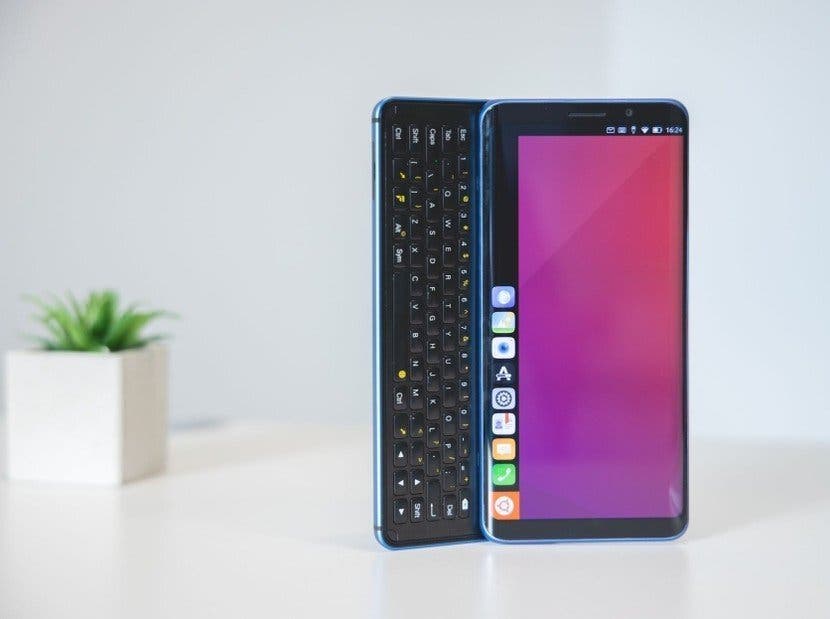 With this device, you don’t get all the trending features in terms of hardware or design. For instance, the device comes with thick bezels on both the top & bottom instead of the punch-hole cutout design. Instead of the quad rear camera module, the device packs a dual-camera setup on the other hand. You will also find a logo of either LineageOS or Ubuntu Touch OS on the rear. As mentioned earlier, the key selling point of this device is the slide-out 64-key physical keyboard.

The F(x)tec Pro1-X is equipped with a 5.99-inch AMOLED display with FHD+ resolution and curved edges. Under the hood, the device runs on the older Snapdragon 835 chipset paired with up to 8GB LPDDR4X RAM and 256GB UFS 2.1 storage. For optics, there is a dual-camera module on the rear with a 12MP primary sensor and a 5MP secondary lens. There is a single 8MP front snapper that takes care of all your selfies and video calling needs.

All of these get the juice from a rather smaller 3,200mAh battery that can quickly top-up thanks to Qualcomm Quick Charge 3.0 tech. The smartphone comes in three software options – LineageOS, Ubuntu Touch OS, and Android Pie. Coming to the price, the smartphone comes with a price tag of $90 while you can get it at a discounted price of $500 at the Indiegogo campaign.

Previous Galaxy S20 FE in India is now even more affordable than before!