Following the launch of the innovative Nokia 9 PureView camera phone last year, there has been no successor to this smartphone. In recent times, there have been reports of an upcoming Nokia flagship smartphone. The most popular speculation says that this smartphone will be Nokia 9.3 PureView. However, the most recent rumor claims that the final name of this device could be Nokia 10. Nevertheless, Nokia has since denied the report and labeled it as “untrue”. 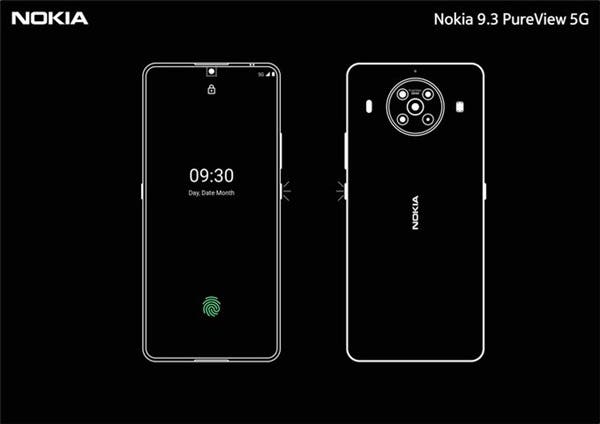 According to the report from Nokiamob, Nokia’s next-generation flagship will Nokia 10. However, there is no official verification of this information thus it is best to take it with a grain of salt. It is worth noting that the first two generations of Nokia’s flagships did not use Qualcomm’s latest Snapdragon chips at the time. Thus, it is always a misnomer to call them flagships. However, it appears that this will not be the case with the “Nokia 10”.

According to rumors, the “Nokia 10” will arrive with Qualcomm’s upcoming flagship processor. This is the Snapdragon 875 SoC. Considering that the Snapdragon 875 will not be official until December this year, the first batch of SD785 phones will start hitting the shelves from January at the earliest. Thus, if the latest information is true, there are still some months to wait before the arrival of the “Nokia 10”.

According to previous reports, the “Nokia 10” will come with a punch-hole full-screen design. Initial speculations claim that this smartphone will use an on-screen camera design. However, this technology is not quite ready for commercialization. Thus, it is most unlikely that this phone will debut the technology. We expect a 120Hz refresh rate support as well as on-screen fingerprint recognition.

On the rear, this smartphone will have a circular camera module and built-in 5 cameras. The camera setup will include a main camera, ultra-wide-angle, telephoto, TOF, and other lenses. There are reports that the main camera will be a 108MP sensor which will support 8K video recording.

However, if this smartphone misses out on the flagship Snapdragon 875 SoC, then the previous generation, Snapdragon 865 will be the best choice.

In addition to the flagship processor as well as the high refresh rate display, we also expect this smartphone to come with a large battery (not less than 4000 mAh) as well as fast charging capability. Obviously, there will be more information on the specification of this device in the coming weeks.