Huawei continues to roll out EMUI 11 updates even as many of the company’s smartphone models are moving to HarmonyOS in the next couple of months. This time, the final version of EMUI 11 (aka MagicUI 4.0 for devices under the Honor brand) went to nine smartphones and one tablet of the company.

The final version of EMUI 11 was released for 9 smartphones. Among them are nova 6, nova 7 5G, Honor 30 and Honor 30 Pro. A complete list of updated devices is as follows:

For now, the final version of EMUI 11 / MagicUI 4.0 for these devices is available in China, but will soon be released in other countries. An important point – it is installed only on top of EMUI 10.1. 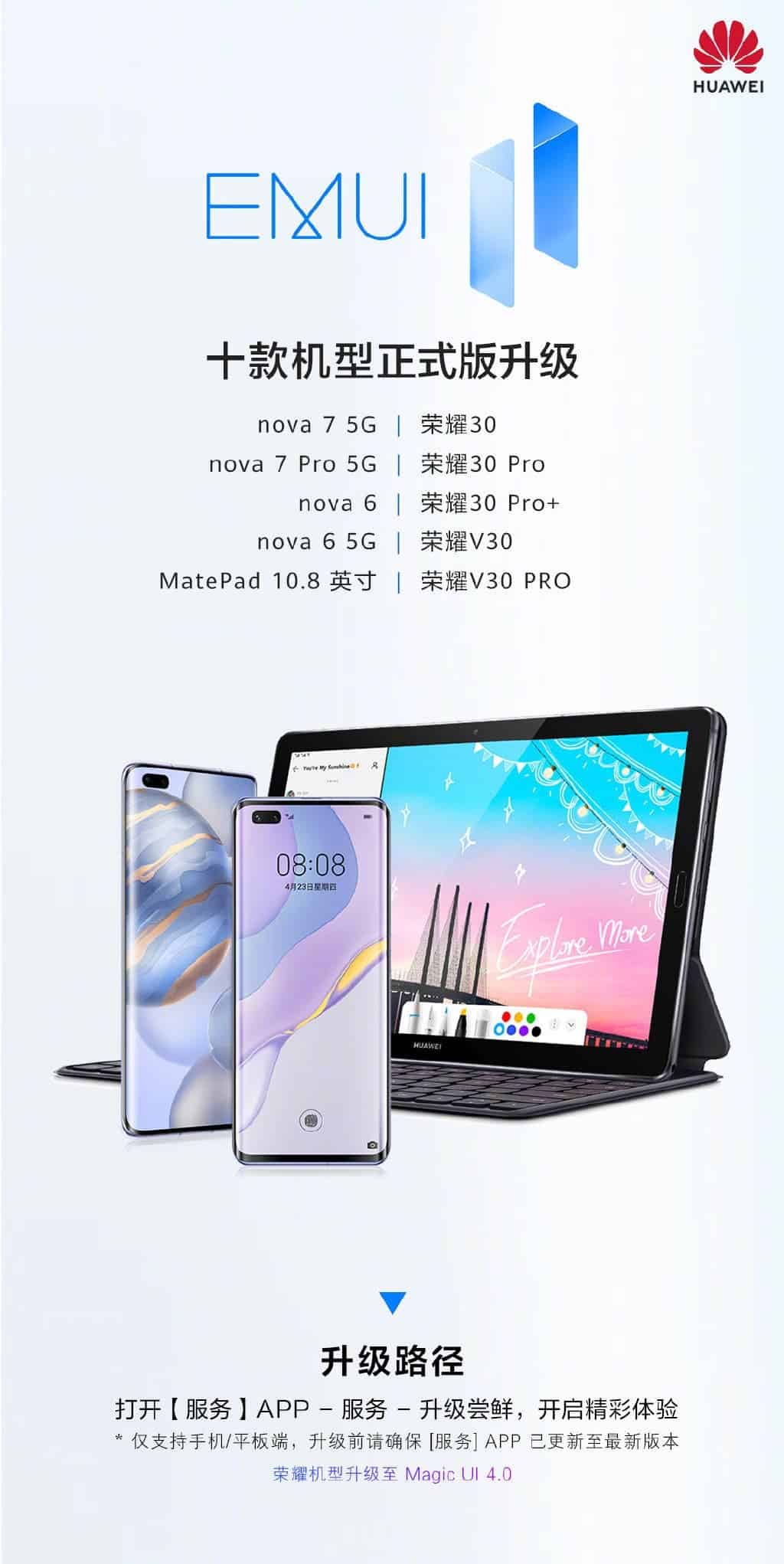 Recently, in an interview, one of Huawei officials Huawei has announced that the company is preparing for the fact that the EMUI 11 user interface may become the last in the series of the manufacturer’s firmware, before switching to their own operating system. So, it’s interesting to see which Huawei devices will upgrade to EMUI 11.

You can see the full list of models that will receive the update on the official timeline of the company. And note that we are talking about the Chinese version of EMUI 11.

At the moment, HongMengOS 2.0 beta is already ready for various devices, including TVs and smartwatches. We expect that this particular firmware version should arrive on mobile devices. We are waiting for official comments from the company on this matter.