Nowadays, smartphones have a very sleek design along with all glass builds and minimal bezels. If you’re working in the construction sector or usually go on hiking trips, then these flagship smartphones are not ideal for you. However, rugged smartphone is a good option for these people who are working in highy-intensive environments. Here in this article, we have listed some of the best rugged phones of 2020.

Rugged phones basically provide you the extra protection, it does not get damaged in case you accidentally dropped it on a stone or any hard surface. These smartphones are waterproof, dustproof, drop-proof, and shockproof with a military standard rating. Some of them also include infrared cameras, sound level meters and volatile organic compound detectors. As there is an impression that rugged phones are packed with outdated specs and features, its important to tell you that nowadays rugged phones have all the features that a regular flagship smartphone carries. Today in this list 5G supported rugged phones are also listed. Mainly, the rugged devices are developed by Chinese manufacturers and there’s hardly any other big manufacturer which offer s rugged smartphones.

Although these rugged phones are not the best Android Phones available in the market. But if you’re working in harsh environments than the below listed best rugged smartphones are a good option for you.

OUKITEL WP10 5G is the company’s first 5G supported smartphone. MediaTek’s Dimensity 800 Chipset made on 7nm process powers the Oukitel WP10 5G with both SA and NSA modes support. The smartphone supports 5G and 4G global bands and has a dual nano card slot. It comes with 8GB of LPDDR4X RAM and 128GB UFS 2.1 flash storage. Oukitel WP10 5G has an 8000 mAh battery that can last up to 2 days. 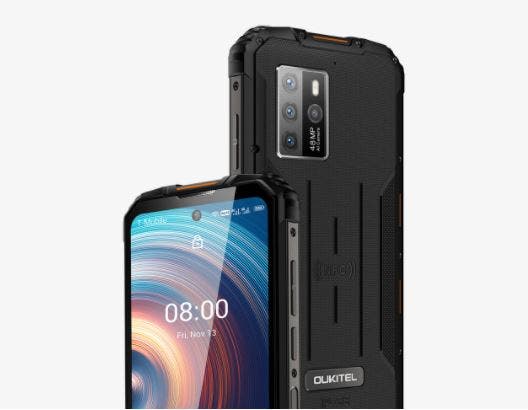 Talking about the optics of Oukitel WP10 5G, it packs a quad camera-setup with a 48MP primary camera, 13MP ultrawide camera, a 2MP depth sensing camera, and a 2MP macro camera. The camera setup also has a LED flash and it can record a video up to 4K resolution at 30fps. On the front side, there is a 16MP AI camera for video chats, selfies, and face unlocking. The smartphone also has a side mounted fingerprint scanner and NFC support.

Here comes the main highlight of the phone, Oukitel WP10 5G withstands a drop from 1.5m and it can remain under water at the depth of 1.5m up to 30 minutes. The smartphone is also dustproof and shockproof and has an IP68 and IP69k rating along with a STD-MIL-810G certification. Oukitel WP10 5G is priced at $449 and it is available to buy from Aliexpress.

Blackview is one of the most popular brand in the rugged phones market. Talking about Blackview BV9900 Pro, its very good smartphone if we look into the features and specs. It features a 5.84-inch waterdrop display with 2280 x 1080 pixel resolution. The display of the smartphone has a Gorilla Glass 5 protection. Talking about the optics of the phone, it packs a quad camera setup at the back. Blackview BV9900 Pro has a 48MP primary camera,  a 16MP ultrawide camera, a 5MP depth sensor, and 2MP macro camera. On the front side their is a 16MP camera for selfies and video chats. 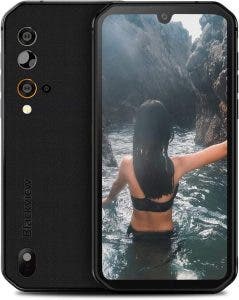 Blackview BV9900 Pro takes its power from a 4380 mAh battery with 18E fast charging support and 10W wireless charging support. The smartphone packs a Thermal by FLIR ultimate camera that is very useful for maintenance of electrical systems, HVAC, fire rescue, etc. Blackview BV9900 Pro has a IP68 and IP69K ratings for dust and waterproofing, a MIL-STD 810G certification for impact protection.

It is powered by an octa-core Mediatek MT6779 Helio P90 processor. Ulefone Armor 7E features a 6.3-inch LPS LCD panel with 1080 x 2340 pixel resolution. The smartphone has a triple camera at the back with 48MP primary camera, 2MP macro camera, and a 2MP depth sensing camera. It also has a 16MP front camera for selfies and video chats. Ulefone Armor 7E takes its power from a 5500 mAh battery with 15W fast charging along with 10W wireless charging. 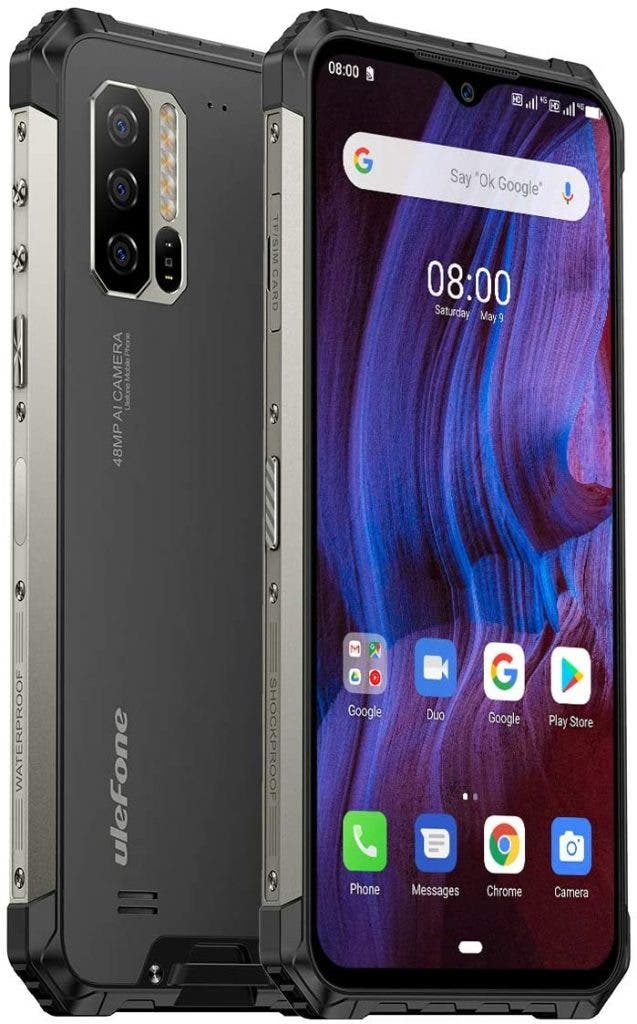 Ulefone Armor 7E is IP68 and IP69K certified that means the phone is water resistant, dust resistant and also protects you from accidental drops. The smartphone has a STD-MIL-810G certification that means it can survive in extreme environments. Moreover, Ulefone Armor 7E has a heart rate sensor and pedometer to track your heath and fitness goals. It also has a side mounted fingerprint sensor.  Now, If you’re interested in purchasing the Ulefone Armor 7E then its available Amazon, Aliexpress, and Banggood for $329.

Its an affordable rugged phone with IP68 rating and MIL-STD-810 certification. CAT S42 can remain under water at 1.5m depth for up to 35 minutes. It features a 5.5-inch IPS LCD panel with 1440 x 720 pixel resolution. The display of the smartphone has 62.7% screen-to-body ratio and it is protected by Gorilla Glass 5. Cat S42 is powered by a MediaTek Helio A20 SoC that is clocked at 1.8GHz and PowerVR GE8300 GPU. 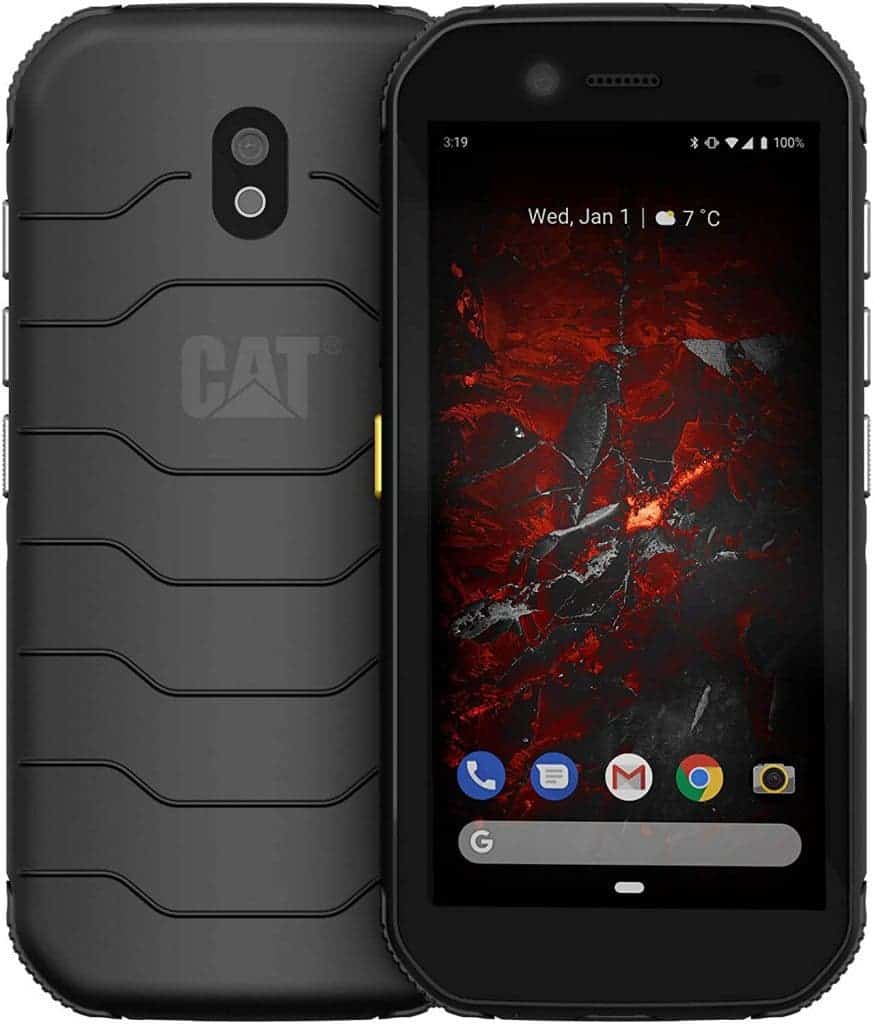 The smartphones comes with 3GB of RAM and 32GB internal storage along with a microSD card slot that supports up to 128GB memory card. In optics, CAT S42 packs a 13MP primary camera at the back along with LED flash. On the front side, there is a 5 MP camera for selfeis and video chats. In connectivity options, the smartphone has a 4G LTE modem, wi-fi (2.4/5GHz 802.11ac), Bluetooth v5, NFC, GPS, FM radio, etc. CAT S42 has a 4200 mAh battery. If you want to buy CAT S42 is available on B&H Photo for $299.

It is an entry level rugged phone with a 5.5-inch display with 1720 x 1400 pixel resolution. Oukitel WP5 Pro powered by a MediaTek Helio A25 SoC. The smartphone pairs 4GB RAM and 64GB internal storage. Oukitel WP5 Pro packs a triple camera-setup at the back with 13MP primary sensor, 2MP depth sensor, and a 2MP macro camera. For selfies and video chats there is a 5MP front camera. It runs on Android 10 out of the box. 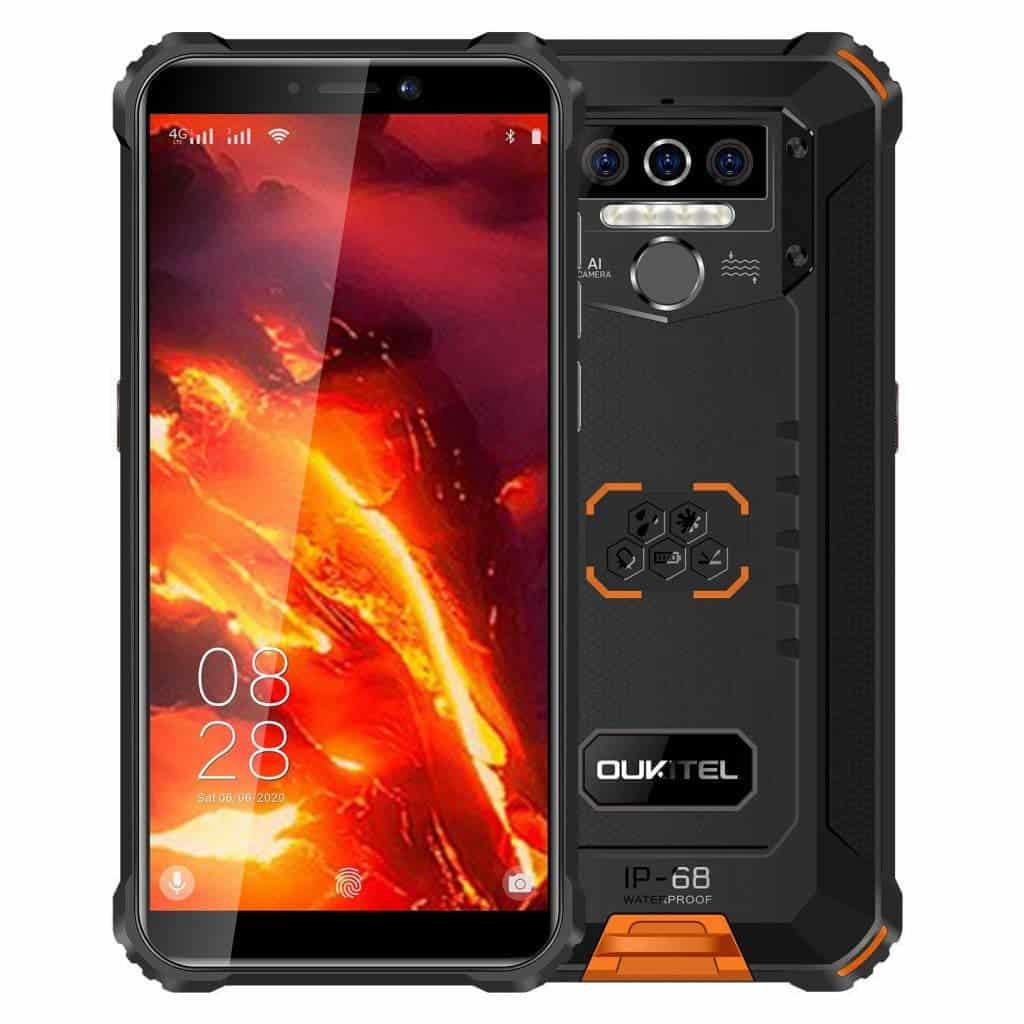 Talking about the priamry highlights of Oukitel WP5 Pro is its huge 8000 mAh battery that can easily last up to 2 days and it has 38 days standby time. The smartphone also has IP68 and IP69K certification for water resistant, dust resistant and also protects you from accidental drops. The smartphone has a STD-MIL-810G certification that means it can survive in extreme environments. If you’re interested in Oukitel WP5 Pro than you can buy it from Amazon and company’s official store for $129.

These are some best rugged smartphones of this year. We expect that more powerful and well-design smartphones will launch in 2021. The rugged smartphones offers a lot under rough and tough conditions while remaining a value-for-money product. There are severel other rugged devices carrying large batteries, massive LEDs and packing industrial features. We suggest the buyers to choose wisely on the basis of features availability.

You can keep connected with us for more such useful guides. However, you can check our most affordable smartphone under $150 guide to save few bucks.

Previous Top 7 most affordable/budget smartphones (under $150) of 2020

Next iQOO U3 5G, The Cheapest iQOO 5G Phone Available For Pre-Order