A Weibo blogger revealed today that Huawei’s new generation of folding screen smartphones will be released around the end of February. Although it adopts the internal folding screen design, this phone is different from Samsung’s design. It sports a 5nm chip (expected to be the HiSilicon Kirin 9000 series) and introduces some new amazing technologies. Well, though there is nothing certain about the name of this phone, we guess it will be the Huawei Mate X2.

The new Huawei Mate X2 folding screen smartphone has passed the network access audit of the Ministry of Industry and Information Technology and the national 3C certification.

According to current information, the size of the new machine is 161.8×145.8×8.2mm. The main screen size is 8.01 inches, and the secondary screen size is 6.45 inches. It adopts an internal folding design. Under the hood, the phone carries a built-in 4400mAh battery, which supports 66W super flash charging. 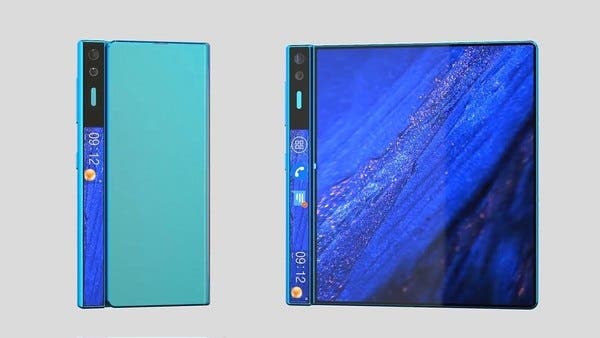 In addition, the new Huawei Mate X2 foldable smartphone has a main screen resolution of 2480×2220, manufactured by Samsung and BOE. The screen also supports a 120Hz refresh rate. It will not use UTG (ultra-thin glass). Instead, the manufacturer choose to use the scratch-resistant CPI (colourless polyimide).

In other aspects, the machine is expected to be equipped with the HiSilicon Kirin 9000 chip, support Bluetooth 5.1, and run Android 10 EMUI 11 system.

As for the CPI and UTG, ThElec came in with an interesting article explaining every detail of these technologies. As we know, screen covers in smartphones serve to protect the displays. This simply means they need to be resilient and flexible. CPI film appears to have the upper hand, especially as they can be mass-produced. Measuring at 220㎛ including layers of PET film and PSA, it’s also thinner than UTG cover windows with measurements of 250~270㎛. This is the main reason why both Samsung and Huawei used CPI film for cover windows in their Galaxy Fold and Mate X foldable smartphones. Later, Motorola joined the team, and used it on its Razr phone.

However, CPI is not ideal. When folded, it doesn’t offer the kind of clear visibility that glass does.

In contrary, the best feature of UTG is its hardness and visibility. It also offers a firm and solid aesthetic compared to the inevitably plastic look of CPI film. But UTG is far from being mass-produced, and it’s only half as bendable as CPI film.

Next Xiaomi Mi 11 Lite To Use Snapdragon 775G Chip