After some years without updates on its Mi Pad series, one can think that Xiaomi had completely given up on the tablet market. We have to say the market of Android tablets isn’t the most appealing lately. We can say that Android isn’t so attractive on larger-sized devices. However, Xiaomi managed to overcome the challenges with its own MIUI. Despite this, the company failed to update its lineup for more than two years now. The last model, the Mi Pad 4 was released in June 2018 and its sales weren’t impressive. However, in a sudden twist of fates, it seems that Xiaomi will bring back its tablet series this year through the Mi Pad 5.

Apparently, there is a new strong demand for these devices in light of the COVID-19 pandemic. This prompted the recent statement by Xiaomi Group’s Xu Jieyun who publicly disclosed that the long-silent Xiaomi tablet products will usher in an update this year. It will bring MIUI system-based on tablet product research and development. 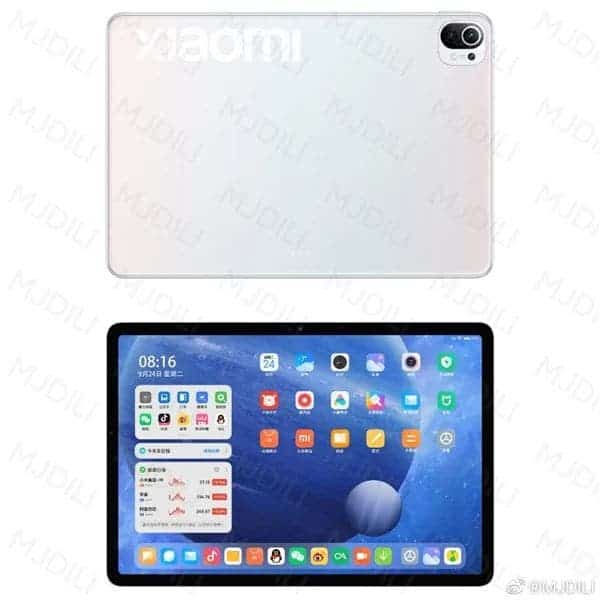 While Xiaomi is yet to confirm its intentions for the tablet market, alleged renders and specs of the upcoming Mi Pad 5 tablet appeared online. This is the first set of renders of the device that appear online. Of course, we can’t verify the authenticity of these renders. However, they come to show the front and rear parts of the slate. Judging by the images, the tablet will pack a dual-camera system that mimics the design style of the Mi 11.

As far as specifications are concerned, the new tablet will sport a 2K/144Hz full-screen solution on the display. It also supports a 480Hz touch sampling rate. The panel is an LCD screen and it will be covered with Corning Gorilla Glass 5. The back features an angel-eye matrix multi-camera module. It comprises a 20MP camera that sits alongside a 13MP wide-angle macro lens. According to the leak, the main camera is a Sony IMX586 sensor.

The frame and back of the Mi Pad 5 are made of aluminum alloy material similar to that of the iPad. The tablet comes with a side-mounted fingerprint scanner and it supports a magnetic capacitive stylus. As far as performance is concerned, the device comes with a Qualcomm Snapdragon 870 SoC. It will be available in multiple configurations. The base variant will have 8GB of RAM + 128GB of Storage and will cost CNY 3,999 (~$619). There will also be an 8GB + 256GB variant priced at CNY 4,299 (~$666), a 12GB + 512GB version priced at CNY 4,999 ($774). Finally, there is a premium version with 16GB of RAM and a whopping 1TB of Internal Storage. The alleged price is CNY 5,499 ($851). Honestly, these specifications are too good to be true. Especially when we don’t have any consistent prove of Mi Pad 5’s existence.

We will digest this news with a pinch or two of salt while we wait for more consistent proof. If it turns out to be true, then, this will be Xiaomi’s entrance in the market of high-end tablets.

Next Bill Gates revealed that he prefers to use Android phones